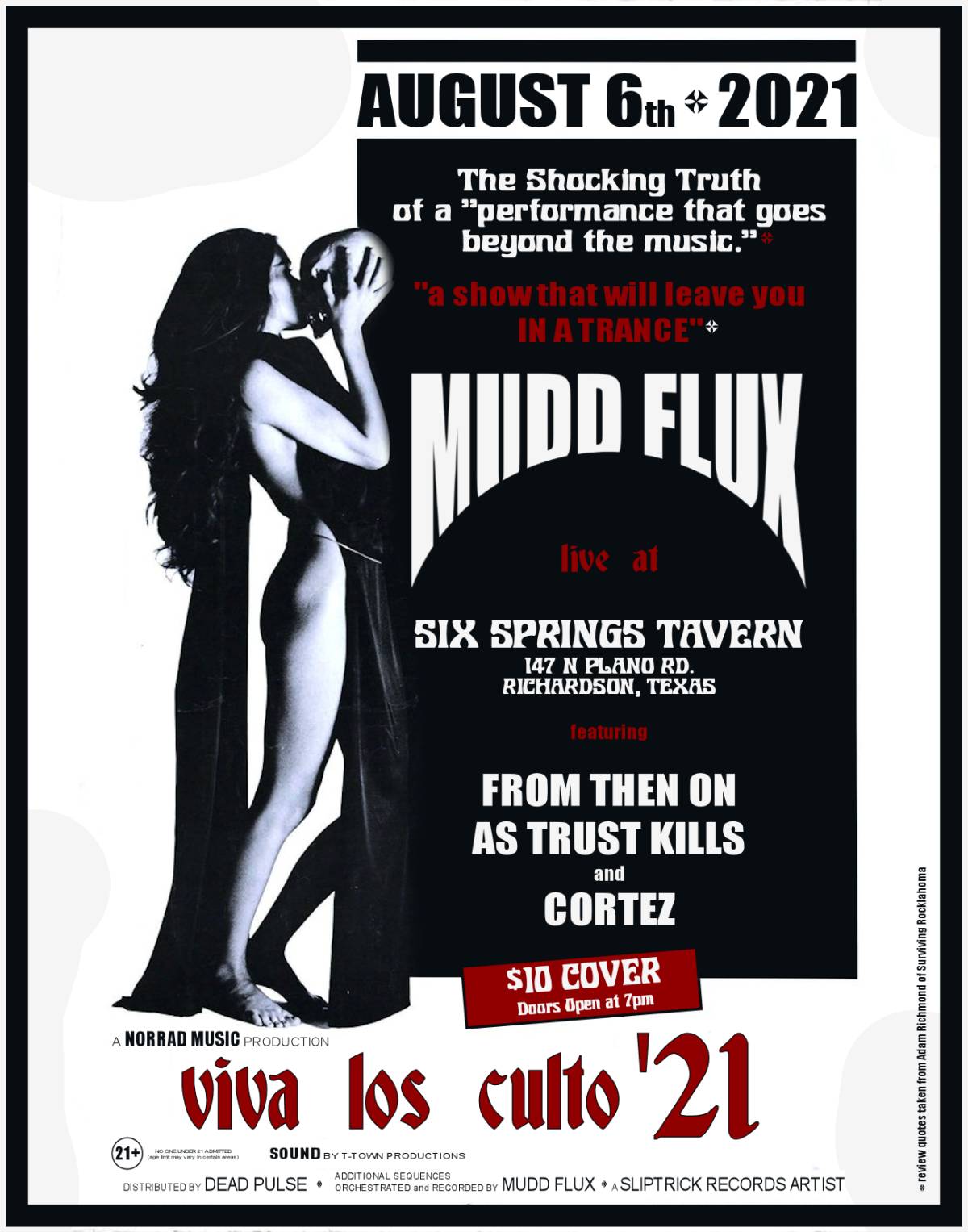 Mudd Flux with From Then On, As Trust Kills and Cortez

In 2019 Mudd Flux captured the souls of Mid-America with their debut album “Light the Skies Electric” featuring the singles “All I Am (Am I),” “Cosmic I,” and “Carousel.” Each track is encompassed by the thunderous, articulate roar of the instruments opening an atmospheric space for the soaring, heart-stopping vocals. Written and produced by the group, the album personifies the experience and talent of the whole.

Mudd Flux recently released the single “Not Forgotten” with Sliptrick Records, during the Summer of 2020 and are currently in preparation for a return to live performances in 2021, alongside a new single/album release in 2022.

“. . . revels of soul. This is righteousness in full form.” – Internet Radio: Locked and Loaded.

A hard rock/metal band out of DFW turning heads with expressive lyrics and melodic sound.