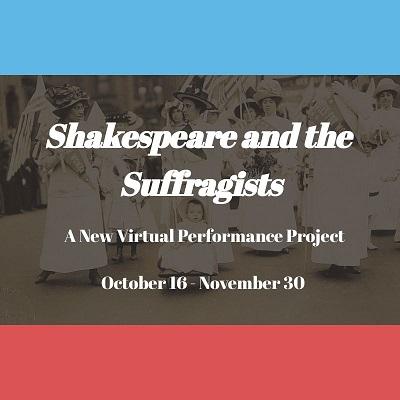 Shakespeare and the Suffragists

Was Shakespeare a feminist? This year marks the 100th anniversary of the 19th Amendment, which gave many women the right to vote. To honor this historic milestone, Shakespeare Dallas explores how Shakespeare's works influenced the fight.

Led by Associate Artistic Director Jenni Stewart, Shakespeare and the Suffragists is a new virtual performance project that examines Shakespeare's more feminist texts and how they have been interpreted and reinterpreted over time. How would his characters and monologues resonated in the 1920s? Or in the Elizabethan era? And, ultimately, what can we take from them today? Featured in the Dallas Morning News, this provocative work is now available for streaming, now through January 31, 2020. Register and a link to access the content will be emailed.