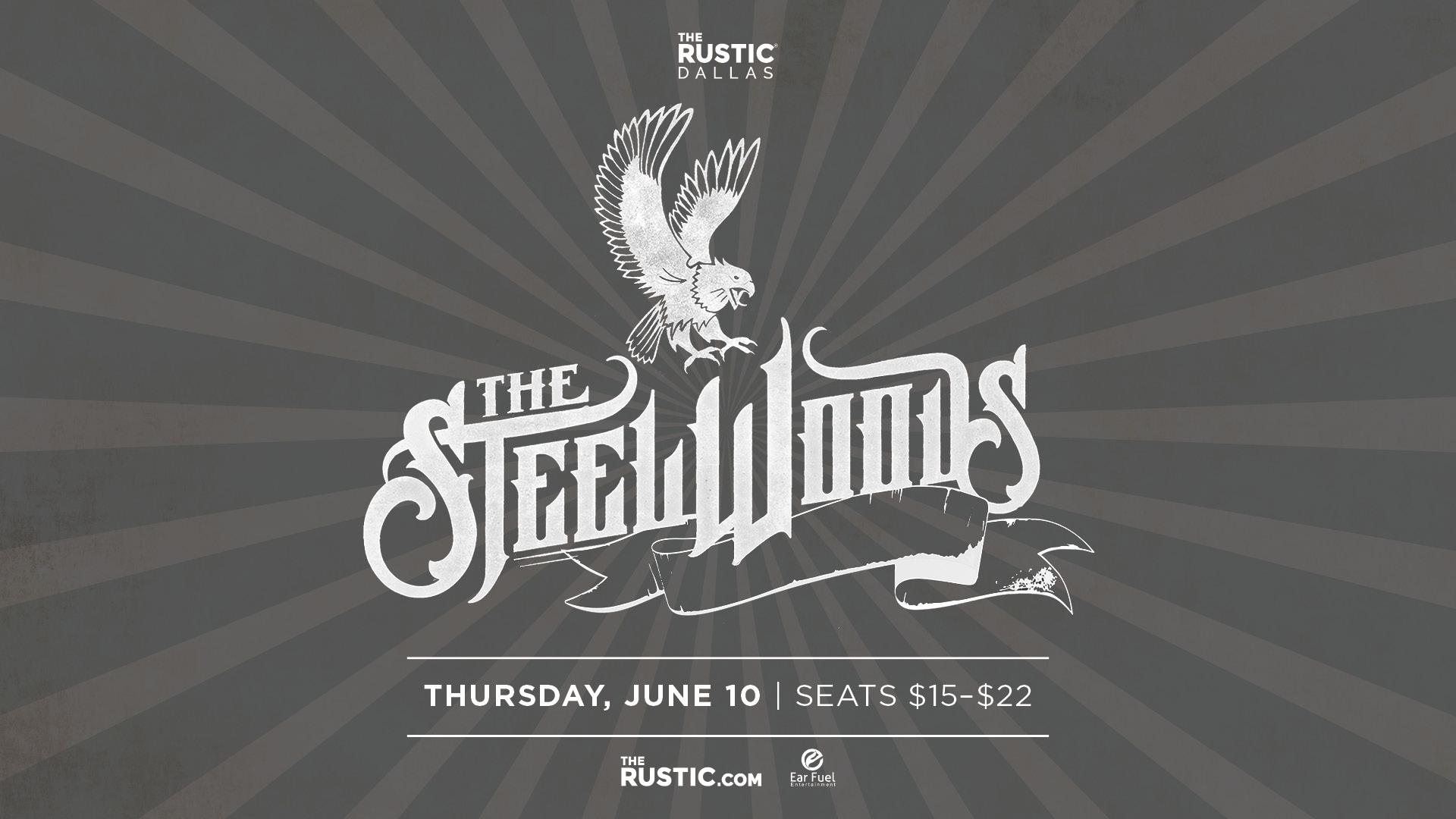 Join us for an evening with The Steel Woods, co-presented with Ear Fuel Entertainment.

About The Steel Woods:

The forthcoming album from The Steel Woods, All of Your Stones, took on a new dimension back in January when the band’s founding guitarist and principal creative force, Jason “Rowdy” Cope, passed away peacefully in his sleep at age 42.

The news sent shock waves among Rowdy’s friends, family, across the band’s fanbase, and the music community at large. What made his passing surprising is that the North Carolina native was doing so well personally and artistically, having in recent years overcame the twin demons of alcohol and PTSD. Though no cause of death has been revealed, the family and band believe Cope’s death was related to his having Type 2 diabetes, a condition he’d only been diagnosed with in late 2018.

The new album is the third offering from one of the fastest rising bands in the worlds of independent country and Southern rock. Since releasing their debut Straw In The Wind album in 2017, The Steel Woods have staked their claim as worthy successors of Southern rock icons Lynyrd Skynyrd, with a dynamic live show and a songwriting verve that draws inspiration from country icons like Willie Nelson and Waylon Jennings.

Derek Stanley, the band’s manager and a close friend of Cope, is finding consolation in the fact that Rowdy did exactly what he set out to do musically in his career. “He was able to put out three records without any handcuffs,” says Stanley, whose last text to Rowdy was a Soundcloud link to the new album.

When The Steel Woods entered the studio to record All Of Your Stones, smack in the middle of a global pandemic, it’s clear they had something to prove, if only to themselves. Cope had wrestled with undiagnosed PTSD and its multitude of symptoms after the release of sophomore album Old News. Wes Bayliss, the band’s singer and co-songwriter, wasn’t always sure what the future held for the group, which is rounded out by Johnny Stanton (bass) and Isaac Senty (drums).

“He was in a bad place for a little while, and he came out on top. I was real proud of him for doing good. And we still made a great record after all that.” said Bayliss

An Alabama native, Bayliss first met Cope in 2015, back when Rowdy was still the guitarist for Jamey Johnson.

Thirteen years Cope’s junior, Bayliss found a sure-fire chemistry with his fellow bandmate from the jump. Within three months of meeting one another, the band had cut the first half of their critically lauded debut album. He grew up with country music and his family’s gospel tunes, while Rowdy was deep into protometal bands like Led Zeppelin in addition to the classic country canon. “I’ve always said it’s a real push-pull thing, that somehow we managed to find middle ground,” Bayliss says about their working relationship. “And it happens to be something that everybody liked.”

The album’s title track “All Of Your Stones” is an allegorical number about all the good Rowdy built — personally and artistically — from the darker parts of his life. From a musical standpoint, the “stones” are the disagreements and heartbreaks that he was able to sublimate into artistic gold. Personally, the “stones” were the building blocks from which he built an inner peace. “Rowdy really wanted to fly a flag for healing,” says Stanley. “‘All of Your Stones” is meant to be inspirational by using negativity to build something positive.’”

The album’s first track is called “Out Of The Blue”; written by Cope and close friend Aaron Raitiere. It’s a personal manifesto about putting the past behind you and moving forward in the light. “That’s the song that got me thinking that this is Rowdy’s record,” Bayliss says. “I think I [tried to] rewrite the chorus and add a couple of chords, but he made it clear that he didn’t want me to do anything to it.” “I’ve seen red, I’ve seen white/ I’ve seen death, I’ve seen life/ But I never saw myself coming through/ I’ve finally come out of the blue/ Lord I’ve finally come out of the blue,” Bayliss belts on the soaring rocker.

The songs that make up All Of Your Stones now sound eerily prescient given Cope’s passing in January. Most of the tunes came from the creative pen and guitar of Rowdy, but even the ones contributed by Bayliss (“Ole Pal”) and guest songwriter Ross Newell (“Run On Ahead”) have a special poignancy.

“The majority of the songs seem to make a whole lot of sense with Rowdy’s story,” says Bayliss. “And this happened to be his record with the exception of a few songs. I’ve got a few on there [that I wrote] that didn’t make a whole lot of sense until his passing.” As Bayliss sings on “Ole Pal”: “We can’t forget about you now/ They put your picture up, down at the city hall/ Next to a flag and a plaque/ That said you never made it back/ And in a few words, you’re a hero to us all.”

Reflecting on Rowdy’s vision and passion for the band, Stanley says the last thing Jason would have wanted was for the music to stop. Bayliss concurs. “We were always going to do the things you do when you put out a record. Now, there is simply a little more reason.”

Indeed there is more reason. With the release of All Of Your Stones, The Steel Woods now have the responsibility to keep the fire burning. After all, it’s what Rowdy would want.

TIPS for the show:
-- COME HUNGRY: We’ll have our full menu available all day!
-- ARRIVE EARLY
-- RAIN OR SHINE
-- TICKETING QUESTIONS? Contact Prekindle Online Ticketing at www.prekindle.com.
-- PARKING: There is limited parking at The Rustic.
-- RIDE SHARING is strongly suggested. Don't drink and drive
-- YOUR SAFETY IS OUR TOP PRIORITY: The Rustic is operating adhering to all Dallas County guidelines and regulations to ensure your safety.