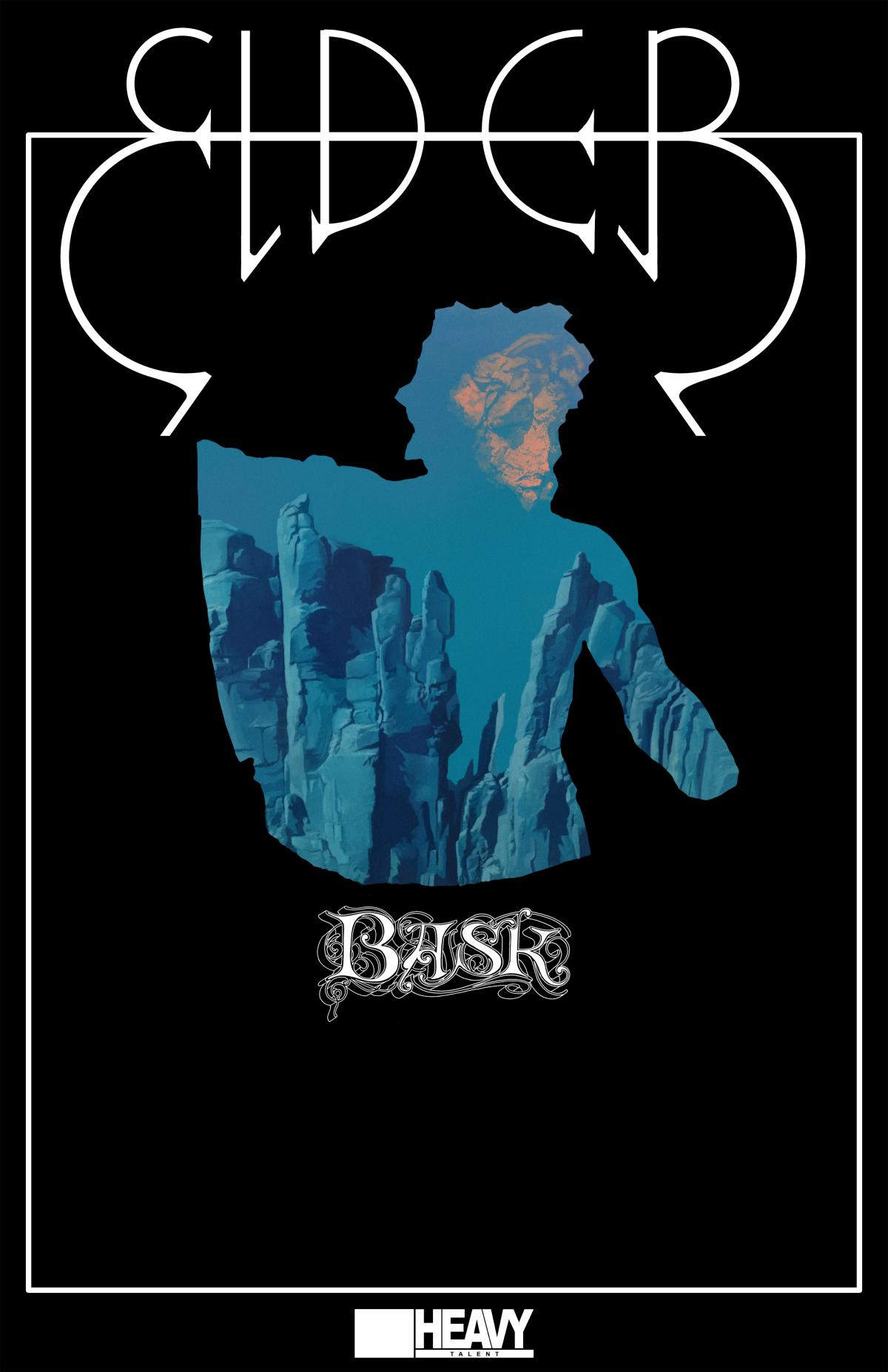 21 and Up
*Tickets $20 in Advance | $22 at Door*
Doors: 6pm for Happy Hour! 6-8pm
Show: 8pm
*All tickets are General Admission (standing room)
*Reserved Table upgrade is available at checkout (does NOT include ticket)

Elder is a psychedelic, heavy and progressive music rock band formed in New Bedford, Massachusetts by three longtime friends in the early 2000s.  Elder began as a stoner rock/doom project in the vein of Sleep, Electric Wizard, and Fu Manchu. Over the course of a decade, the band has constantly re-invented themselves, blooming into one of the most unique voices in the underground: psychedelic, progressive, heavy and melodic in an inimitable way.

Bask: Progressive, heavy, psychedelic, Americana, have all been used to describe Bask. The truth, we are four musicians based in Asheville North Carolina who love making music. We want rhythm heard for miles, melodies remembered for weeks and an honesty and sincerity felt to your bones. Most of all we want you to listen without concern for what you are hearing. To listen only for the sake of hearing.

Wo Fat: You can wade through as many press quotes about “Texas-sized” as you want or see how many top-whatever lists Wo Fat have made since the Dallas trio got started in 2003, but none of that is going to be the same as staring down their swamp-adelic fuzz groove for yourself. If you want to know the monster, shake its hand.

Temptress: "With a sound as big as the state they hail from this Dallas/ Ft. Worth quartet throws down some grooving heavy riffs, swirling solos perfectly paired with drums and bass that are heavy, huge and just ooze with power."  - Outlaw Review

Elder's "Omens" album description:
In the last dozen years, Elder has stepped out of the shadows of their peers in the heavy rock
underground to emerge a unique voice, delivering album after album of almost unparalleled
consistency and creativity. Omens, the band&#39;s fifth full-length record, is the newest pillar in the construction of their own musical universe. With it, Elder further embrace experimentation in their brand of progressive psychedelic rock in which atmosphere, melody, and structure are created and transformed again and again.

Following 2017's Reflections of a Floating World and the 2019 experimental EP The Gold & Silver
Sessions, it was anyone&#39;s guess what the band&#39;s next full-length might have in store. Having cemented their own sound – a dense yet lucid brand of heavy rock full of unexpected flourishes and progressive jaunts - the latter EP showcased an exact opposite side of Elder, more rooted in sparse krautrock and even jazz-tinged jams. Omens answers this speculation with a contradiction that embodies the spirit of Elder: somehow, there's even more everything.

In five cinematic songs, lush, intricately interwoven melodies grow and dissolve into spaced-out jams.  Massive riffs thunder down into a churning sea of psychedelic sounds and unpredictable grooves carry away the listener. Elder paints pictures with their music and Omens shows the band experimenting with an even more colorful palette – with good reason. After thirteen years, this is the first full-length recorded with a new lineup including guitarist Michael Risberg and new drummer Georg Edert, along with guest performances by Fabio Cuomo on Rhodes piano and synthesizers.

This is music for a vacation from reality – or to lose oneself in another world. And yet Omens is not purely an exercise in escapism but also reflects the increasingly bleak, confusing and antagonistic times in which it was written. Composed as a concept album spanning the lifespan of civilization, the album also reads as a commentary on our own society hell-bent on profitability at the expense of our own lives and environment.

Omens was recorded and mixed at Black Box Studios in France with engineer Peter Deimel (Shellac, dEUS, Motorpsycho) and mastered by Carl Saff in Chicago. The result is an album that is rich, warm and dynamic, presenting the many layers of Elder&#39;s complex sound clearly and offering new discoveries with every listen. Elder will embark on US and European tours this spring through summer to support the record, which is slated for release on April 24th in the US via Armageddon Shop and in Europe via Stickman Records.