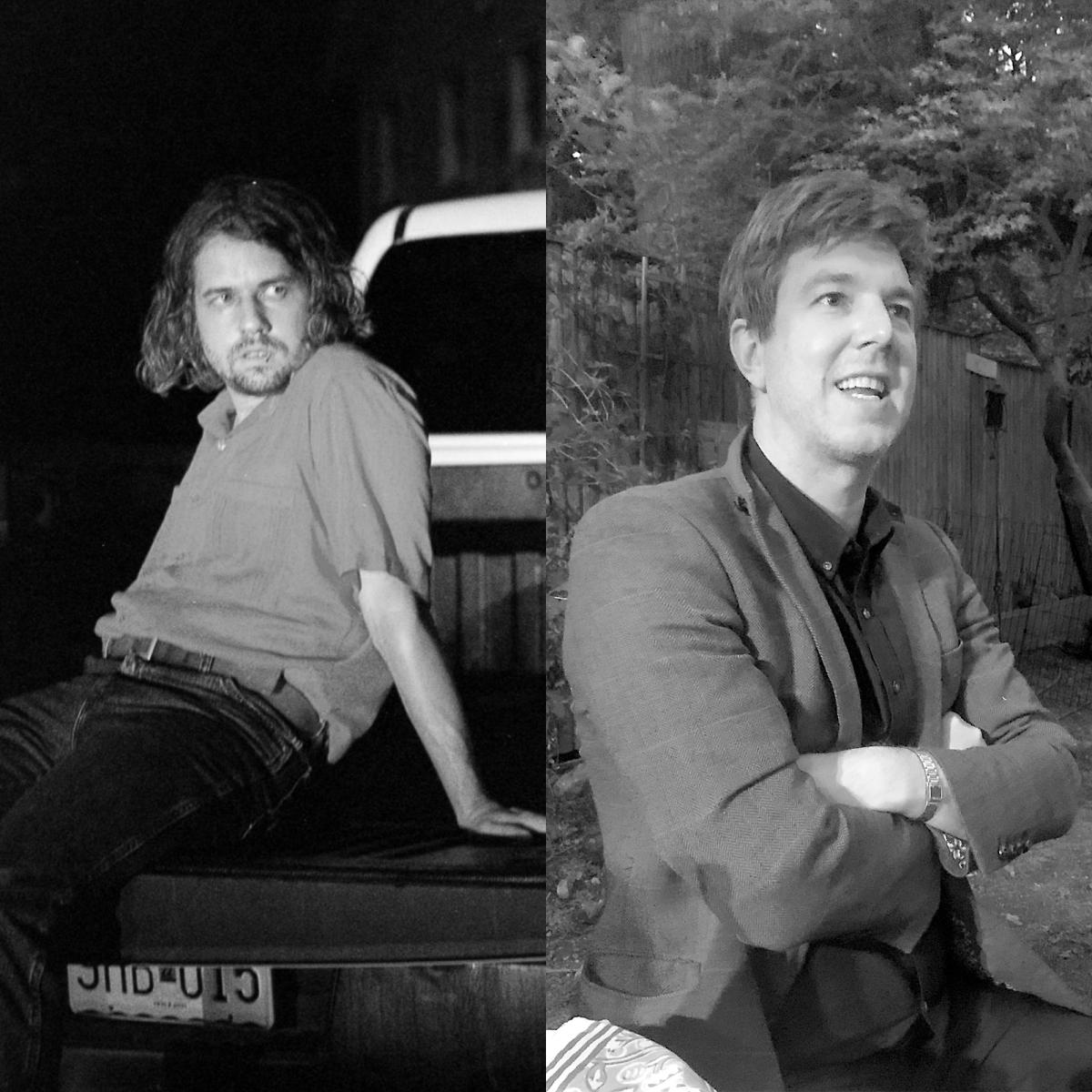 Hamilton Leithauser records and produces his own music in New York City.  He’s lived there for 23 years.  After a couple of decades in professional recording studios, Hamilton decided to put together his own studio because he found that all of his most creative and productive moments happened when he wasn’t “on the clock”.  Something about the organization and cost put too much pressure on what he thought really needs to be a free and spontaneous moment.  Hamilton realized that he actually preferred the sound of his own home 8-track demos to many of the more polished tracks he’d made (not always, but often enough to wonder).   So he began collecting equipment in his travels around the United States, and spent several million isolated hours learning how to use some of it.  Now he thinks he’s got the hang of it.  His most recent full-length record “The Loves of Your Life” was released on April 10, 2020 through Glassnote Records.  It features songs about individual people he met through chance encounters (mostly in the tri-state area).    Previous to that he has released “I Had a Dream that You Were Mine” with friend Rostam Batmanglij, “Dear God”, a vinyl-only record with friend Paul Maroon, “I Could Have Sworn EP”, and “Black Hours”.  Before his solo career, Hamilton was the lead singer and co-songwriter for NYC band The Walkmen for 14 years.   His next full-length release is expected in the 2nd half of 2021.

To Whom It May Concern,

I am here to announce that my new album, Sundowner, will be out October 16th, 2020 via Dead Oceans.

In the winter of 2017 I moved back to my hometown of Kansas City from Los Angeles. The move was sudden and unforeseen, just as I was tying a bow on the writing process for what would become my 2019 album, Oh My God. I bought a Four Track Tascam model 424 of an old friend to help me get to the finish line, but much to my surprise and excitement, this new piece of equipment in my all-but-bare home didn't help complete one album but rather inspire another: Sundowner. The new collection of songs came quickly and effortlessly as I did my best not to resist or refine the songs, but instead let them take shape all on their own.

As the songs kept coming I cleared out the crowded shed that was sitting dormant in my backyard and built a makeshift studio before adding drums, lead guitar and piano to complete the demos. The shed had no cooling or heating unit at the time, so perhaps it is important to note that during the writing of this album I was either wearing multiple layers of clothing, or hardly any at all, season depending. Which is to say, it is an album written during extremes and subjected to the elements. In the summer, brown recluse spiders would scatter from beneath the Tascam when I entered the studio and in the winter, long glassy icicles hung from the storm drain as if the shed was wearing jewelry. Each day I would teach myself basic recording techniques, watching the channels illuminate and pulse as if the machine were breathing, and then emerge in the evenings as the sun was getting low: - around 5:30 in the winter, when the Kansan sunsets look icy and distant, like a pink ember inside of a display case, and 9 o'clock in the summer, when the sunsets are warm and abstract.

I wrote the entire album wearing headphones, hunched over the 424, letting my voice and guitar pass through the machine, getting lost in the warmth of the tape as if another version of myself was living on the inside, singing back at me. I was mesmerized by the magic of the four track not only as a recording device, but also an instrument, and considered it my songwriting partner throughout the whole process.

The weeks spent at home moved slow and easy with this simple routine, living back in a city I had feverishly escaped at 18. Landing back home felt jarring juxtaposed with a life full of chaos and adventure with my band on the road. But at the very least, I was happy to have - for the first time in my adulthood - a place to close the door, with no temptations other than to work on music and reflect on what I had built since I left. It was a new form of isolation, one I had never explored or expected to experience. Not ready to let go of the hand of the California desert, I spent the winter decorating the best I knew how; with mementos from my previous home, cactus and aloe vera and covering the walls in pinewood - immediately earning my house it’s nickname, The Little Los Angeles.

The 1940’s era downtown of my suburb was quaint and warm, and though most businesses on the strip were often closed, I found joy in nightly walks past the one room movie theatre and the clock tower. It was, in its ways, my own anonymous and lonely oasis, giving me a clear view in which I could look back into my past with precision. I saw images of friends and landmarks morph in and out of one another before disappearing altogether, leaving me to wonder where everyone, and everything, eventually ends up. Over the span of one year the world saw the passing of Jessi Zazu, Richard Swift and Anthony Bourdain. I also mourned the 10 year death anniversary of a best friend and forever muse, Jamie Ewing. I had first seen Jessi perform in a bar when she was 17 singing with her band Those Darlins. Hovering around five feet tall, her stage presence was larger than life, an icon ahead of her time. Richard Swift was a genius producer, musician and friend who helped me complete my album City Music and whose laugh I will forever miss. Anthony Bourdain, perhaps the last honorable spokesmen for America, left when we needed his voice most. The trifecta of these deaths dealt us all a sudden and devastating blow, leaving a void in the universe where their irreplaceable talent and personalities once were. But I soon saw them again, woven into the fabric of the new songs as their names fell out of my mouth and into the Tascam. If I had learned anything in the decade that Jamie had been gone from this earth, it’s that the fire of one's life continues to billow long after it goes out.

During that summer my isolation was given a subtle lift when Katie Crutchfield, who I had toured with the year previous, began visiting. A musician like me, she would stay weeks at a time, living quietly beside me - our love taking shape in a quiet refuge from our lives on the road. But as the summer pressed on it was soon time for me to leave for an extensive tour that would take me to the end of 2018. Nearly a year had passed since moving back home - twice as long as I had planned on staying, and the road beckoned. I left the new collection of songs, now a whole album's worth, resting quietly inside the four track, back at home in The Little Los Angeles.

In January 2019 I contacted my friend and producer Brad Cook to help recreate what I had made in my shed. My end goal was to capture the cadence of what I had found inside the four track but make it three dimensional, and Brad seemed perfect for the job. We chose to work in Texas; we wanted to make sure the record was done far away from any coastline, and in the heart of America. And though neither of us had been to Sonic Ranch, we had heard enough mystifying tales surrounding this magical studio that sits surrounded by 3,000 acres of Pecan Trees on the border of Mexico. Brad and I would begin each day with a walk around the property and let the barren West Texas landscape and stray cats that loitered the studio grounds be a source of inspiration.

Brad played bass and some keys on the album, but beyond that he encouraged and inspired me to play almost everything else. All lead guitar, proper drums (save the drums on “A Night At The Little Los Angeles”), mellotron and what I believe to be the albums secret weapon - a WWII era collapsible and slightly out-of-tune pump organ - were performed by me. We did, however, bring in James Krivchenia towards the end of the session to fill out the percussion. It was an honor to work with him as he built maracas from pecans and played on the floor of the live room, adding flourish wherever he saw fit.

On the last evening of the session, after everything had wrapped, we all climbed on top of an empty water tower on the property, giving us a view in all directions. To the North you could see an endless Texas, with long wisps of cirrus clouds above the desert floor, and to the South there was Mexico, the recent detention camps only a mile beyond, with large cumulus clouds hovering over, bringing us to an ominous pause. To the West, towards the setting sun, the two families of clouds merged, holding the last light of the day in purple and orange. Below, a freight train cut the landscape in half as it whistled in the distance.

Almost as soon as the session wrapped, I was off and away on press trips and then proper tours for Oh My God, which came out in April that same year. Sundowner sat inside of a hard drive back at Sonic Ranch and did not see the light of day until I found myself, as did the rest of the world, stuck inside their home and in quarantine in March 2020. My second year of touring for Oh My God was cancelled. Brad, Jerry and I worked from our respective homes, sending notes back and forth as we worked alone but together to mix the album, and suddenly, just like that, Sundowner was finished.

It is not lost on me that my life in quarantine has many parallels to my life when I wrote Sundowner. Katie and I spend our days in isolation, just as we did then. One of us often tucked away in the shed, working alongside the various insects - the tape of the four track as warm as the mid-July air. Songs, like sunsets, are fleeting, and it's only due to a willingness and desire to catch them that you ever, if even only for a moment, grab a hold of one. When writing Sundowner, I was lucky to have had the Tascam 424 there to help capture both. Sundowner is my attempt to put the Middle American twilight --  it’s beauty profound, though not always immediate --  into sound. It is a depiction of isolation. Of the past. Of an uncertain future. Of provisions. Of an omen. Of a dead deer. Of an icon. Of a Los Angeles themed hotel in rural Kansas. Of billowing campfires, a mermaid and a highway lined in rabbit fur. It is a depiction of the nervous feeling that comes with the sky’s proud announcement that another day will be soon coming to a close as the pink light recedes and the street lamps and house lights suddenly click on.

The Texas-born, L.A.-based singer and songwriter Jess Williamson makes deeply felt songs that orbit around her powerful voice, a voice that’s strong and vulnerable, big-room flawless, quietly ecstatic, and next-to-you intimate. In her most recent work, that voice is surrounded by a deep-hued kaleidoscope of dusty ‘70s cinema, ‘90s country music, and breezy West Coast psychedelia. Her fourth album, Sorceress, was released in Spring 2020. She is currently working on new music.