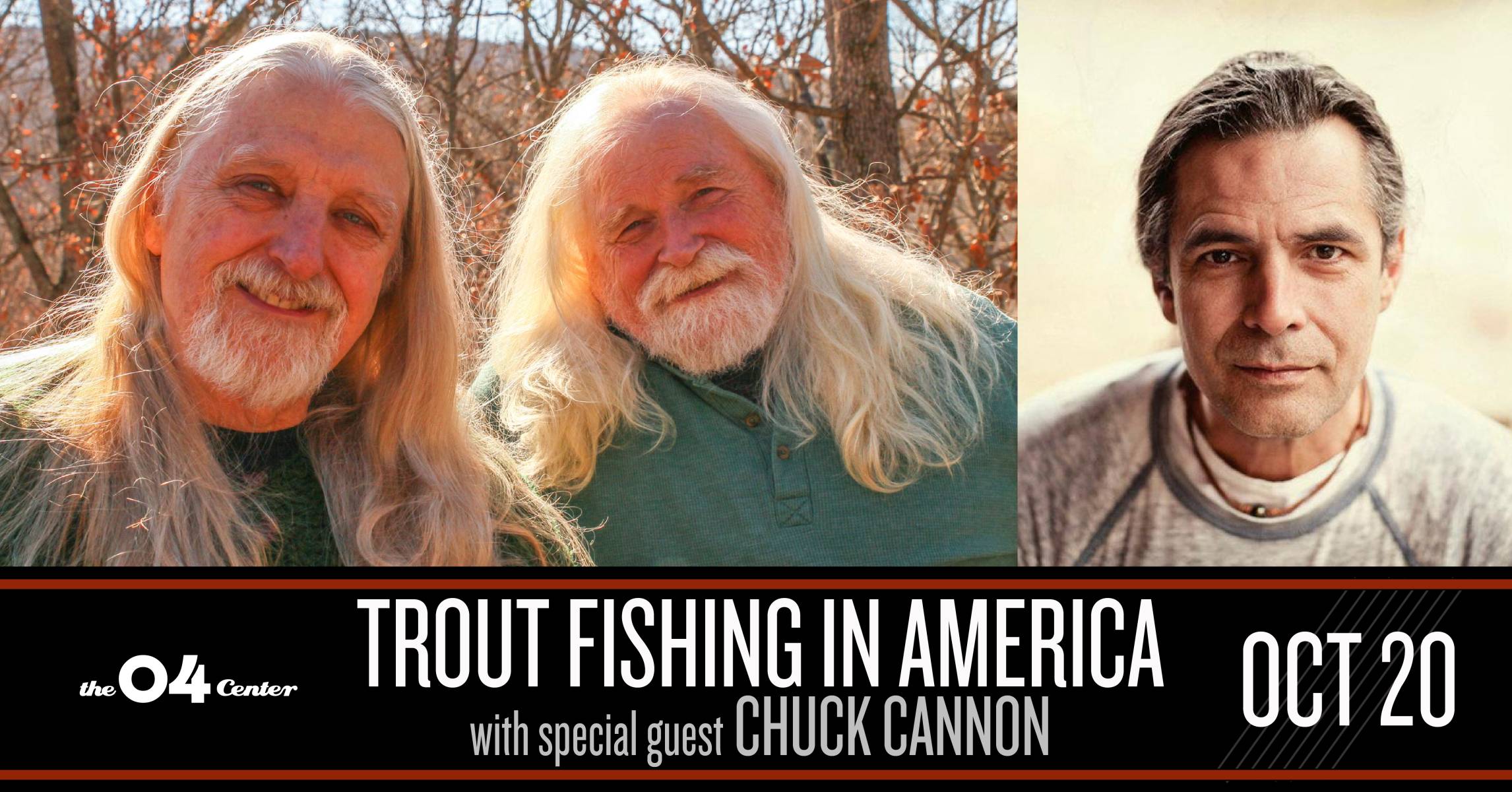 Trout Fishing in America is an American musical duo which performs folk rock and children's music. The duo is composed of Keith Grimwood (bass guitar, upright bass, violin, vocals) and Ezra Idlet (guitars, banjo, bouzouki, vocals). They took their name from the novel Trout Fishing in America by Richard Brautigan. The duo has released multiple albums through their own Trout Music label.

Bassist Keith Grimwood and guitarist Ezra Idlet began performing in the folk rock group Wheatfield, also known as St. Elmo's Fire, in the 1970s in Texas. After this group disbanded, Grimwood and Idlet began performing folk rock together as Trout Fishing in America. They initially performed on the streets in Santa Cruz, California before moving to Houston, Texas.[2] The two released their debut album You Bore Me to Death in 1979. Shortly after its release, keyboardist/vocalist Rom Rosenblum joined Grimwood and Idlet.[3]

Drummer/vocalist Orville Strickland joined the lineup in 1981, thus making Trout Fishing in America a quartet. He appeared on their second album, Hot to Trout.[4] Both Rosenblum and Strickland left shortly afterward, reverting Trout Fishing in America to a duo of Grimwood and Idlet. They released two more albums, Yes, the Fish Music in 1987 and Stark Raving Trout in 1988. At this point the duo began performing shows for children and their parents, as opposed to their previous shows which were mostly held in bars. These children's shows included songs such as a cover of David Egan's "When I Was a Dinosaur".[5] After their 1990 album Truth Is Stranger Than Fishin', their first on CD, they shifted their focus to children's music with Big Trouble in 1991.[1]

Trout Fishing in America has received much critical recognition for both family and adult music. This includes four Grammy Award nominations in the Best Musical Album for Children category: first for their 2001 release inFINity, then for their 2004 release Merry Fishes to All,[1] then for their 2006 live performance release My Best Day, and finally for their 2008 release Big Round World.[2]

In addition to their albums and tours, Trout Fishing in America conducts songwriting workshops.[2]

Trout Fishing in America has also written two children's books with accompanying CDs: My Name Is Chicken Joe[6] and Chicken Joe Forgets Something Important.[7] Both books were published by Canadian publisher The Secret Mountain,[8] and illustrated by Stéphane Jorisch.

The duo's 2022 album Safe House was inspired by the COVID-19 pandemic. According to them, the pandemic created the longest separation the two had in their entire careers. Once they felt it was safe to start recording together again, they began preparing songs for the album.