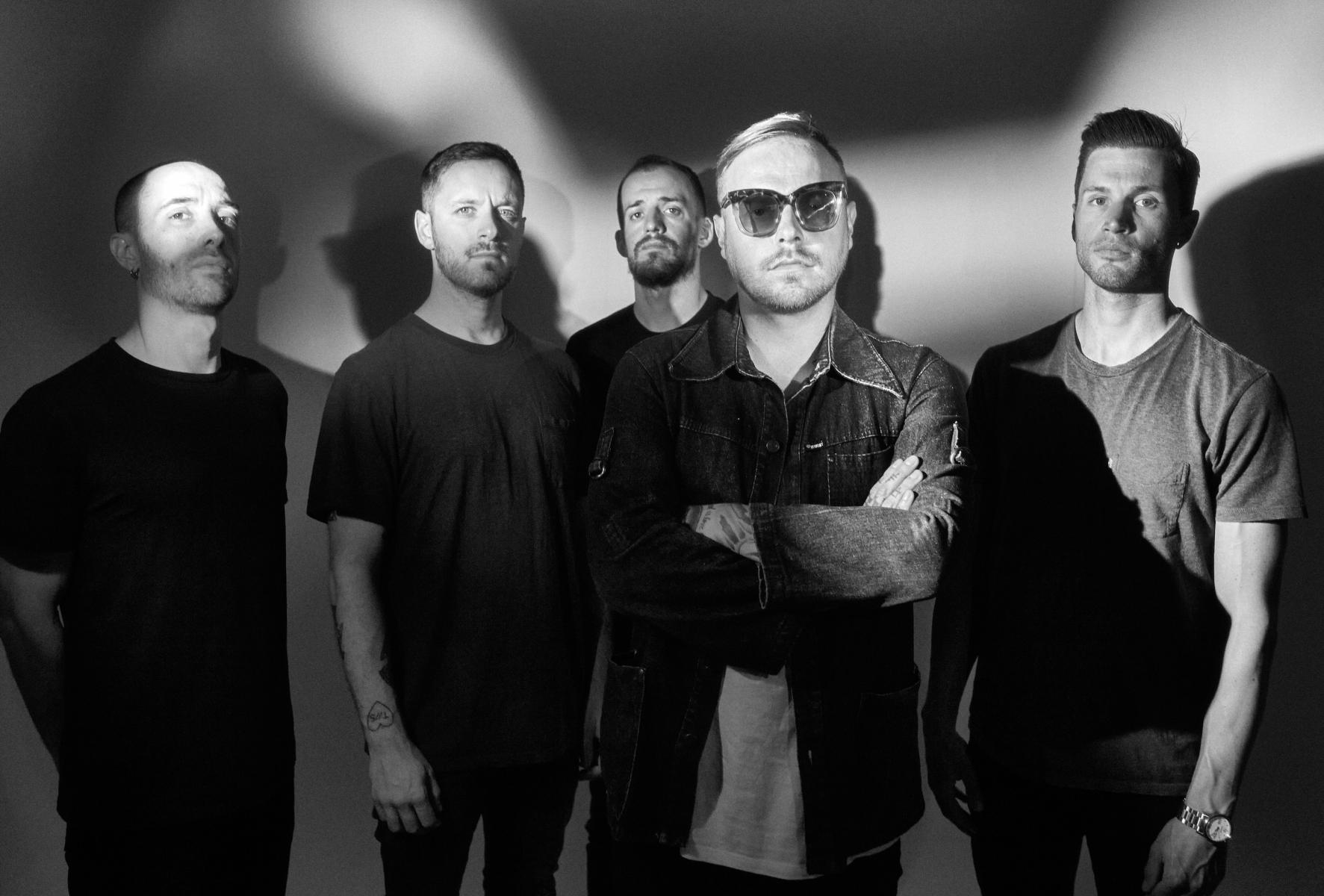 Live Nation Presents: Architects – For Those That Wish To Exist US Tour

Architects – For Those That Wish To Exist biography, October 2020

In November 2018, Architects stared grief in the face on the remarkable album Holy Hell: a stark picture of the darkness and despair that lay at the heart of losing a brother, band mate and best friend in Tom Searle, the group’s founding guitarist who two years prior passed away following a private three-year battle with cancer.

The album, which bravely laid bare the band’s emotions with a vulnerability that few would ever publicly open themselves up to, forged such a deep connection with fans new and old as to see the quintet – vocalist Sam Carter, drummer Dan Searle, bassist Ali Dean and guitarists Josh Middleton and Adam Christianson – headline arenas the world over, and move in excess of 200,000 equivalent album units. This was the band finding a voice for their, and their fans’, innermost pain, and in turn cementing their place as one of rock music’s most critically revered and commercially successful talents.

Two years removed from that journey, though with its lessons and spirit embedded in the fabric of their being, Architects have applied that same soul-searching introspection to their highly-anticipated new opus, For Those That Wish To Exist. An examination of the part we are all playing in the world’s slow destruction, the band’s ninth studio record tackles the biggest questions facing the future of our planet with their grandest, most ambitious work to date.

“This album was me looking at our inability to change to a way of life that would sustain the human race and save the planet,” summarises principal songwriter Dan Searle. “The human race has become out of control; the world is dying and it is all our fault. It’s a manifestation of our collective behaviour that is running rampant, and at this moment desperately needs to be altered.”

Such concerns have long been prevalent in the music of a band who have continually championed and shared their platform with causes such as Sea Shepherd, are outspoken critics of barbaric exercises such as fox hunting, and who have fixed a focus on sustainability in everything from their travelling tour scheduling to the recently launched Architects Merch Co..

It is through such a position of personal accountability that the universal themes of For Those That With To Exist are uniquely approached.

“In writing the record, I felt a great accountability for our own actions, and the part we are playing as individuals,” Dan begins. “I wanted to look in the mirror and ask ourselves the question of what are <we> going to do, as opposed to trying to point the finger at politicians. Change has to start on a personal level. The world has developed a culture of wanting someone else to deal with it, when we need to take our own responsibility. It has to start there.”

Disdain for such communal apathy is writ large across For Those That Wish To Exist’s 15 tracks. ‘When the clock runs down to zero / We’ll all stand up and take a bow / So quick to play the hero’ bemoans the song An Ordinary Extinction; ‘We can say how we all wanna be saved / But it’s easier to follow’ spits Carter elsewhere on Little Wonder. Album opener Do You Dream Of Armageddon? confronts that reality with a simple question: ‘Will we ever learn our lesson?’

It is one of many presented without answer throughout the record’s hour-long journey of self-examination. These songs hang in a limbo between energising positivity that it is not too late to correct our collective course, and a paralysing negativity of defeatism; where hope and despondency are bed-fellows triggered daily by the simple act of existence. Neither wins out; come the swelling grandeur of album-closer Dying Is Absolutely Safe, listeners may feel anything from a crushing weight of hopelessness to an uplifting sense of newfound determination. When the world today so often leaves you feeling numb, Carter admits he is “so proud that we can stir such conflicting emotions.” Such a reflection of the human condition, and the exhausting highs and lows that come it, is perhaps For Those That Wish To Exist’s purest, and most absorbing, achievement.

“The album is its own beast,” Carter reflects. “It’s a piece of art that is there to allow people to take what they want from it. It’s a big question mark. There’s some big questions being asked in it, and I think the answer to each is different depending on your own circumstances. Sometimes you feel reasons to be positive. Sometimes you don’t. It reflects how we all feel in life, from day to day.”

Written across the past 24 months – shaped by experiences both professional and personal, including Searle’s changing outlook as a new father – and recorded at a multitude of locations throughout 2020 (including at Devon’s Middle Farm Studios and at home in the band’s birthplace of Brighton), For Those That Wish To Exist sees Architects channel such bigger-picture thinking into their most expansive sonic offering yet, which builds upon the band’s hallmark post-metalcore and layers a burgeoning influence of electronics and orchestral strings, horns and choirs. Guest spots from Parkway Drive’s Winston McCall, Royal Blood’s Mike Kerr and Biffy Clyro frontman Simon Neil punctuate proceedings, bringing their own changes of pace and “unique tones”, as Carter – whose own vocal performance, shaped by an “unhealthy” drive for perfection, moves into dynamic new territory – puts it. The result is a rich tapestry that transcends the limitations of genre and rewards exploration and immersion in its journey.

To what destination said journey leads is uncharted. Creatively, it means that Architects remain not only countless steps ahead of their peers, but in an entirely different lane of their own making altogether. Thematically, both Carter and Searle return to the album’s title as evidence that evolution, of challenging established models and striving for a collective betterment, is something we all must rise to.

“For me, the album title is speaking to the people who are ready to drag themselves through the shit, and help drag other people through it too, in order to fight the good fight,” Carter says.