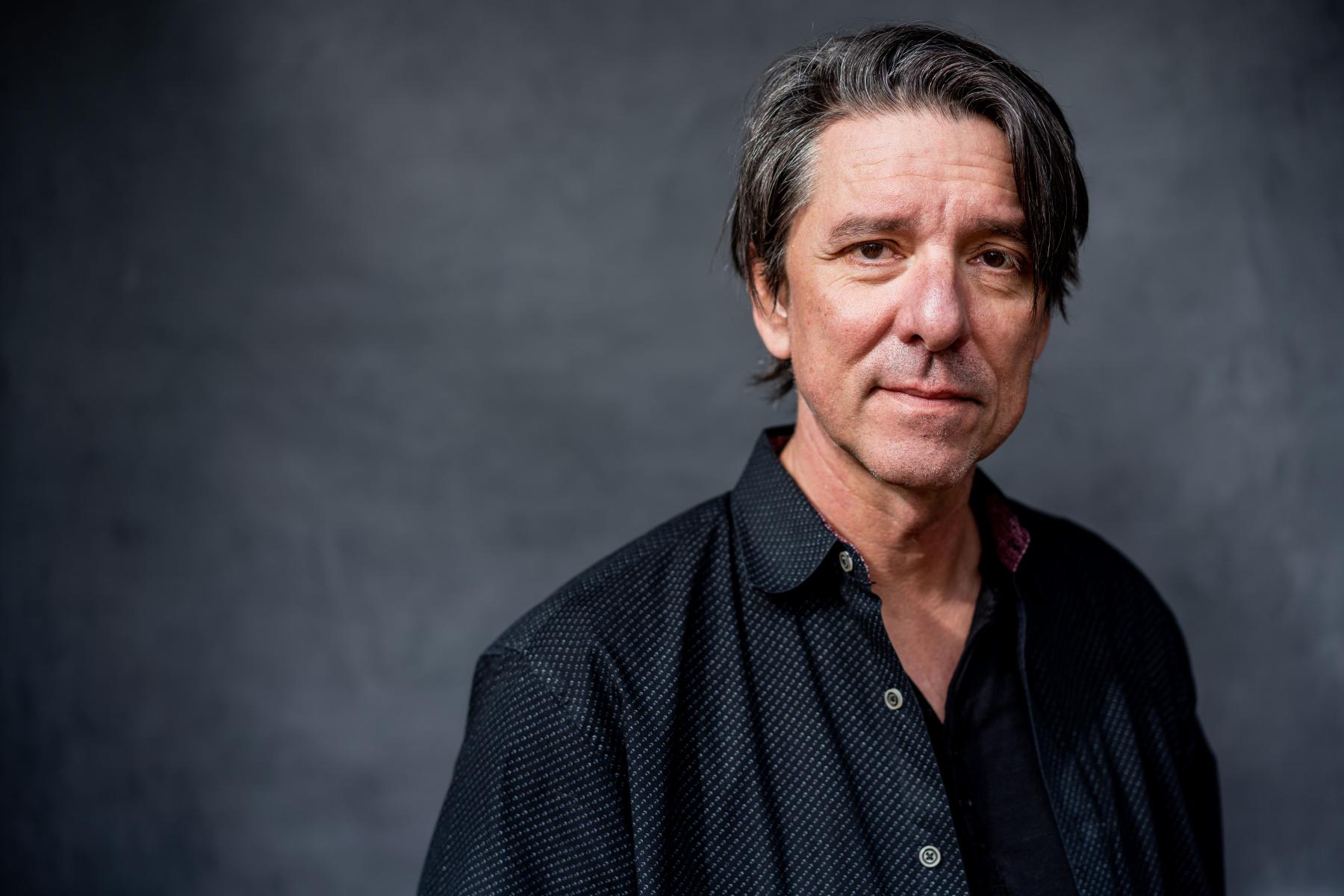 Tulips Fort Worth is excited to welcome Mike Cooley (of the Drive-By Truckers)!

The Fool on Every Corner

Whether battling valiantly from behind the enemy lines of his dive-bar-underground past or blowing the doors off sold-out theaters as he’s done with Drive-By Truckers for the last decade, Mike Cooley has proved his mettle time and time again. He’s rock & roll incarnate—Mick and Keith rolled into one impossibly cool, soul-howling, guitar rattlin’ ball of genuine unapologetic grit and swagger. At least that’s how it seems gazing up from the crowd at a packed DBT show.

So how did this modern-day rock hero feel about temporarily ditching his band and rolling back the volume for the unaccompanied acoustic performances that would become his debut solo record, The Fool on Every Corner?

“When you don’t do it normally, it’s terrifying,” Cooley admits. “I try to relax, but I’ll probably never be able to sit down in a chair on stage as easily as I sit down on a toilet behind a closed door. That’s the goal—somewhere in between,” he deadpans. “I set the bar high.”

Despite his bad nerves and tongue-in-cheek penchant for self-deprecation, Cooley shines on this bare-bones live set, tossing aside his guitar pick and playing almost everything with his fingers. “Strip it, strip it, strip it down,” he says, alluding to the mantra that guided these performances. “What’s left is the song and nothing else.”

And what a set of songs Fool is, comprised mainly of re-imagined DBT classics like “Shut Up and Get on the Plane,” “Marry Me” and “Where the Devil Don’t Stay,” as well as understated renditions of deep-cut Cooley ballads such as “Pulaski,” “Eyes Like Glue” and the weary yet ominous “Loaded Gun in the Closet.” This intimate new record offers fans a peek behind the curtain at what these songs might have sounded like in their most nascent state. All of them save for opener “3 Dimes Down,” Cooley says, were originally written on acoustic. “The words just come out easier when you play an acoustic guitar,” he explains.

The Fool on Every Corner was recorded by longtime DBT producer David Barbe during a three-show run last March, beginning with a two-night stand at no-frills Atlanta rock club The Earl and closing at swank Athens, Ga., venue The Melting Point. “The second show at The Earl was a chaotic night,” Cooley recalls. “We didn’t have the audience seated, for one thing. Of course, you can pack a lot more people in there if you have ’em standing, but for acoustic shows, I prefer to sit ’em down and calm ’em down if I can.”

This proved an impossibility in the boisterous barroom.

“I was thinking, ‘We’re not gonna get anything outta tonight. The crowd is just too loud.’” As it turns out, almost everything that ended up on Fool came from that rowdy night. “It’s that way every time I’ve ever recorded live,” Cooley says, shaking his head. “The night you think bombed or wasn’t as good, inevitably, will be the one that comes across best on the recording.”

Peppered throughout this gem of a record are Cooley’s charmingly candid asides, a few revealing admissions about the writing process, the songs and the characters who populate them, the odd banjo joke, a disarmingly sweet cover of Charlie Rich’s “Behind Closed Doors” and the never-before-released original, “Drinking Coke and Eating Ice.” The latter—an almost-whispered tragicomic reflection—was included, Cooley says, because he wanted to offer something new for fans. Plus, it was something he’d been wanting to get off his chest. Carved from a hodgepodge of ideas he’d been scribbling down over a two-year period, the DBT guitarist sees the song as a metaphor for the last 25 years of American culture and where it’s gone. “The girl in the beginning is America,” he says. “She doesn’t look as good as she used to. She’s let herself go. For all the wrong reasons.”

Like the weathered protagonist in “Drinking Coke,” the 46-year-old Cooley has also seen his share of hard-traveled miles, though the outcome for him has been decidedly more positive. After spending much of his young life scrapping in the rock & roll trenches, he’s become one of the best songwriters of his generation, having amassed a catalog of songs that can go toe-to-toe with any of his contemporaries. Along the way, he and Drive-By Truckers have become an acclaimed, enduring lynchpin of American rock & roll. And now, with The Fool on Every Corner, Cooley begins the latest chapter in his impressive career, uncompromising as always, and more thankful than ever.

“I’m lucky as hell,” he says. “No doubt about it. I’m not rich, I’m probably not gonna be, and I’m totally cool with that. But I’m making my living, and I do what I want—I do it my way. I’ve got an awesome family, a bunch of great friends, loyal fans. And I think about that every day. It just would be immoral for me not to.”