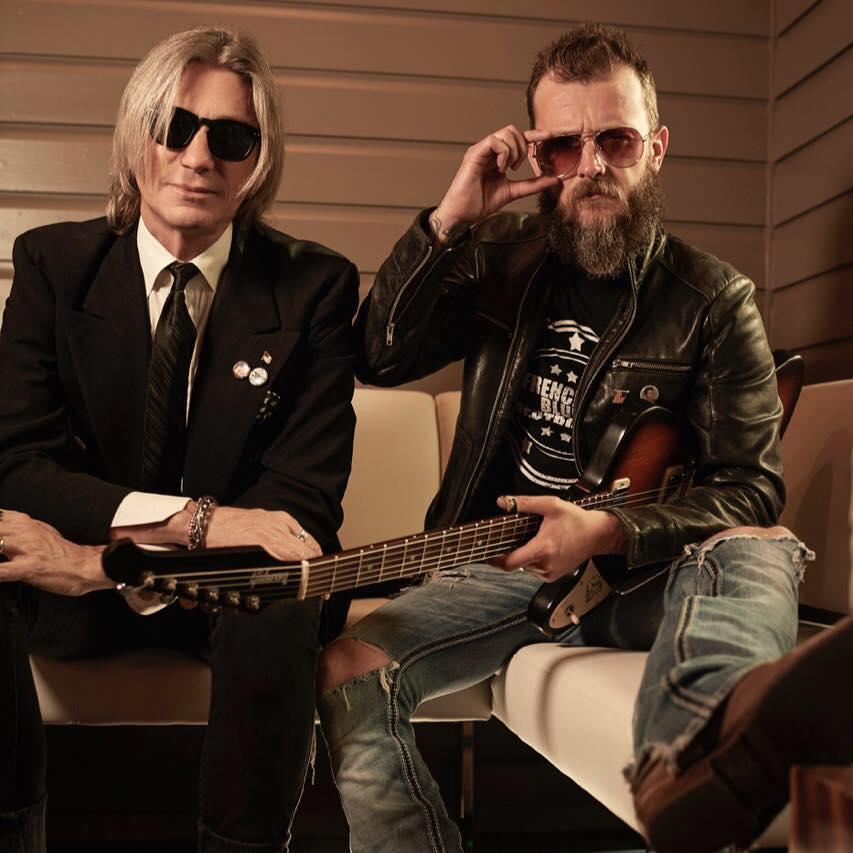 from jamming with blues legend Lucky Peterson at a French festival as a 17-year-old high school dropout, to playing for hire as he found his place and formed his own band, to now: the sophomore release on Friday, March 13 of “Praise” from his Frenchie’s Blues Destroyers duo with brother Pete Coatney on drums.
“I’ve always been a guitar player for hire, this was my trade,” says Frenchie, who earned his nom de plume from Texas singer/songwriter Jack Ingram. “So to sing the songs I wrote is a big thrill. But in the beginning I was a little hesitant.” It was Brother Pete, his mate in Ingram’s touring band, who encouraged Frenchie’s move to front and center.
Brother Pete loved the tunes Frenchie had been writing on the road, so he booked the first Blues Destroyers show at Adair’s Saloon in Dallas back in 2012. “I figured it could go either way,” recalls Frenchie of that first show. “If it didn’t go over well, that could’ve been the end of my aspiring singing career. But if the crowd dug it, we might have something, you know? We haven’t stopped since.”