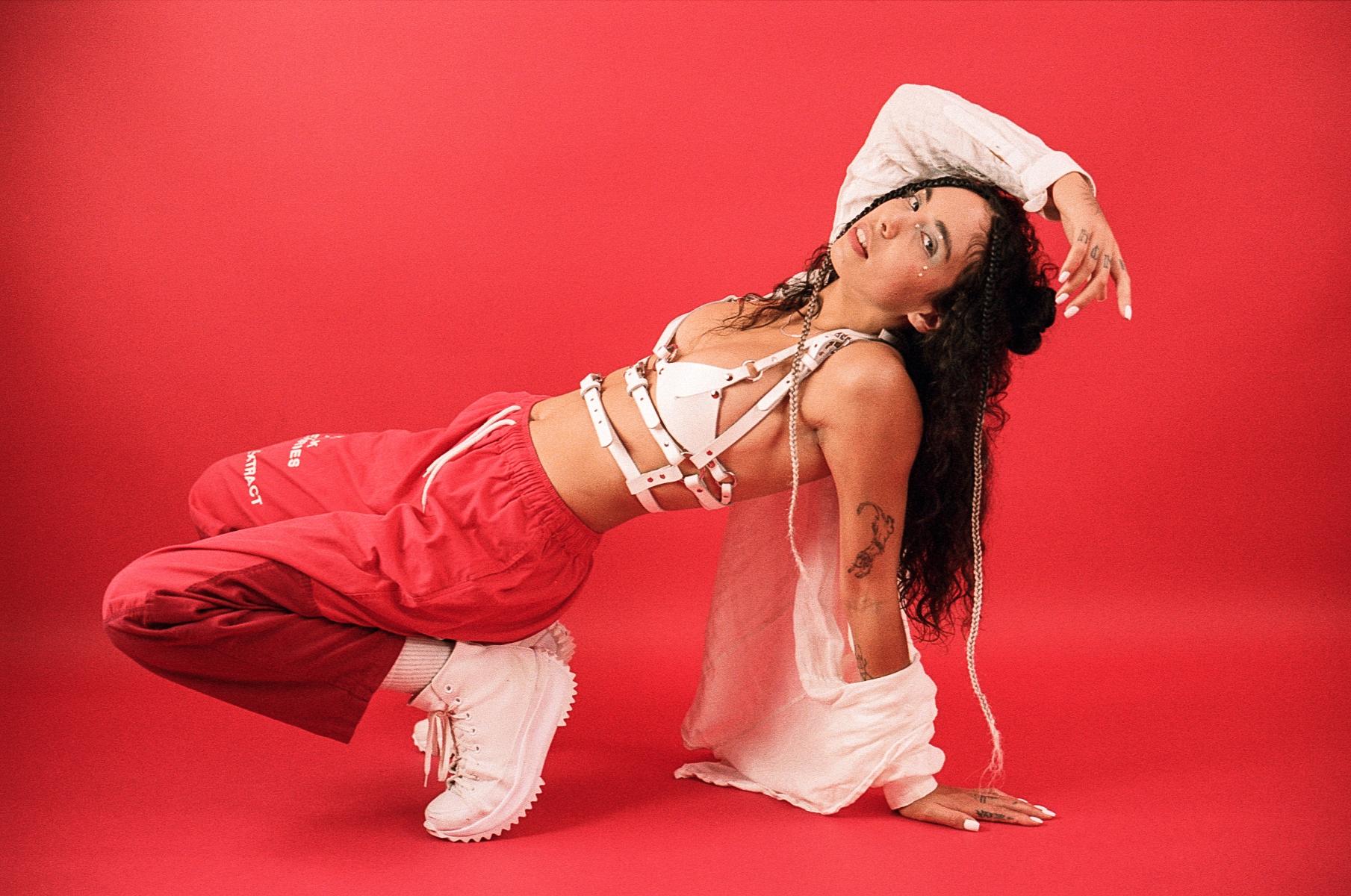 Indigo De Souza Any Shape You Take Saddle Creek “Everything has to be said.” This is the conviction guiding Indigo De Souza’s sophomore album, Any Shape You Take. This dynamic record successfully creates a container for the full spectrum—pushing through and against every emotion: “I wanted this album to give a feeling of shifting with and embracing change. These songs came from a turbulent time when I was coming to self-love through many existential crises and shifts in perspective.”

Faithful to its name, Any Shape You Take changes form to match the tenor of each story it tells. “The album title is a nod to the many shapes I take musically. I don’t feel that I fully embody any particular genre—all of the music just comes from the universe that is my ever-shifting brain/heart/world,” says Indigo. This sonic range is unified by Indigo’s strikingly confessional and effortless approach to songwriting, a signature first introduced in her debut, self-released LP, I Love My Mom. Written in quick succession, Indigo sees these two records as companion pieces, both distinct but in communion with each other: “Many of the songs on these two records came from the same season in my life and a certain version of myself which I feel much further from now.”

Throughout Any Shape You Take, Indigo reflects on her relationships as she reckons with a deeper need to redefine how to fully inhabit spaces of love and connection.“It feels so important for me to see people through change. To accept people for the many shapes they take, whether those shapes fit into your life or not. This album is a reflection of that. I have undergone so much change in my life and I am so deeply grateful to the people who have seen me through it without judgment and without attachment to skins I’m shifting out of.”

Lead single “Kill Me,” written during the climax of a dysfunctional relationship, opens with the lines “Kill me slowly/ Take me with you.” This powerful plea, that begins within the quiet strum of a single electric guitar, is diffused by Indigo’s ironic apathy—a slacker rock nonchalance that refuses to take itself seriously: “I was really tired and fucked up from this relationship and simultaneously so deeply in love with that person in a special way that felt very vast and more real than anything I’d ever experienced.”

Across the table from that irreverence sits the sincerity of the single “Hold U,” a more energized, neo soul-inspired love song that substitutes apathy for a genuine expression of care. “I wrote ‘Hold U’ after I left that heavy season of my life and was learning how to love more simply and functionally. I wanted to write a love song that was painfully simple.”

Growing up in a conservative small town in the mountains of North Carolina, Indigo started playing guitar when she was nine years old. “Music was a natural occurrence in my life. My dad is a bossa nova guitarist and singer from Brazil and so I think I just had it in my blood from birth.” It wasn’t until moving to Asheville, NC that Indigo began to move into her current sound, developing a writing practice that feeds from the currents that surround her: “Sometimes it feels like I am soaking up the energies of people around me and making art from a space that is more a collective body than just my own.”

“Real Pain,” one of the most experimental tracks on the record, is Indigo’s attempt to make that phenomena more intentionally collaborative. Starting soft before dropping down into a cavernous pit of layered screams and cries, “Real Pain” collages the voices of strangers—audio bites Indigo received after posting online asking for “screams, yells and anything else.” “Hearing these voices join together and move with my own was really powerful. The whole record was a release for me. And I hope it can be that for others.”

At the forefront of all De Souza’s projects is her magnetism—her unique quality of spirit that is both buoyant and wise. While her backing band has undergone shifts between releases, her sound has stayed tethered to her vision. Any Shape You Take is the first full-length album that Indigo produced herself. Teaming up with executive producer Brad Cook (Bon Iver, Waxahatchee, The War on Drugs) and engineers/producers Alex Farrar and Adam McDaniel, Indigo recorded the album at Betty’s, Sylvan Esso’s studio in Chapel Hill, NC and finished it with additional production and mixing at Drop of Sun Studios in Asheville. Moving past the limitations of a home studio, Indigo could finally embody the full reach of her sound: “It felt really exciting to lean into my pop tendencies more than I have in the past and to trust my intuition to take the songs where I felt they should go. I had the tools to do it and collaborators who were willing to go there with me.”

“I feel very much like a shape-shifter with my music, I’m always trying to embody a balance between the existential weight and the overflowing sense of love I feel in the world.” It is exactly this balance that Indigo strikes in her Saddle Creek debut, Any Shape You Take. A listening experience that gives back, as you shed and shape-shift along with her.

Any Shape You Take is out on August 27th via Saddle Creek.