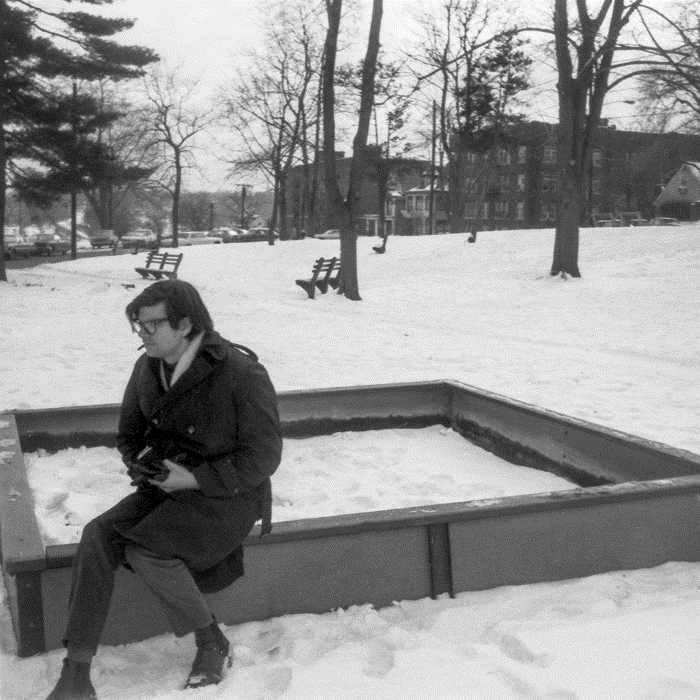 Smithson asks, “Has Passaic replaced Rome as the Eternal City? . . . In 1972, shortly before Smithson died, he would describe “The Monuments of Passaic” in terms of “Paterson.” “In a way, this article that I wrote on Passaic could be conceived of as a kind of appendix to William Carlos Williams’s poem ‘Paterson,’” he said. Robert Sullivan, “The Source of Robert Smithson’s Spiral,” New Yorker, June 18, 2014

Art historian and critic Phyllis Tuchman came up in the age of Abstract Expressionism, with acquaintances and mentors the likes of Helen Frankenthaler and Robert Motherwell. Embracing the art scene that followed, Tuchman has written on and interviewed many of the artists who have shaped our notions of art since. Having co-curated Robert Smithson’s New Jersey at the Montclair Art Museum (2014) and currently working on a Robert Smithson biography, This is the Land: The Life and Times of Robert Smithson, she has particular insight into one of the truly groundbreaking artists of the past century and that moment in art history marked by the innovations of Smithson and his community of artists. For Tuesday Evenings, Tuchman shares her findings in the presentation “A Robert Smithson Primer.”