The Mastersons with Travis Linville 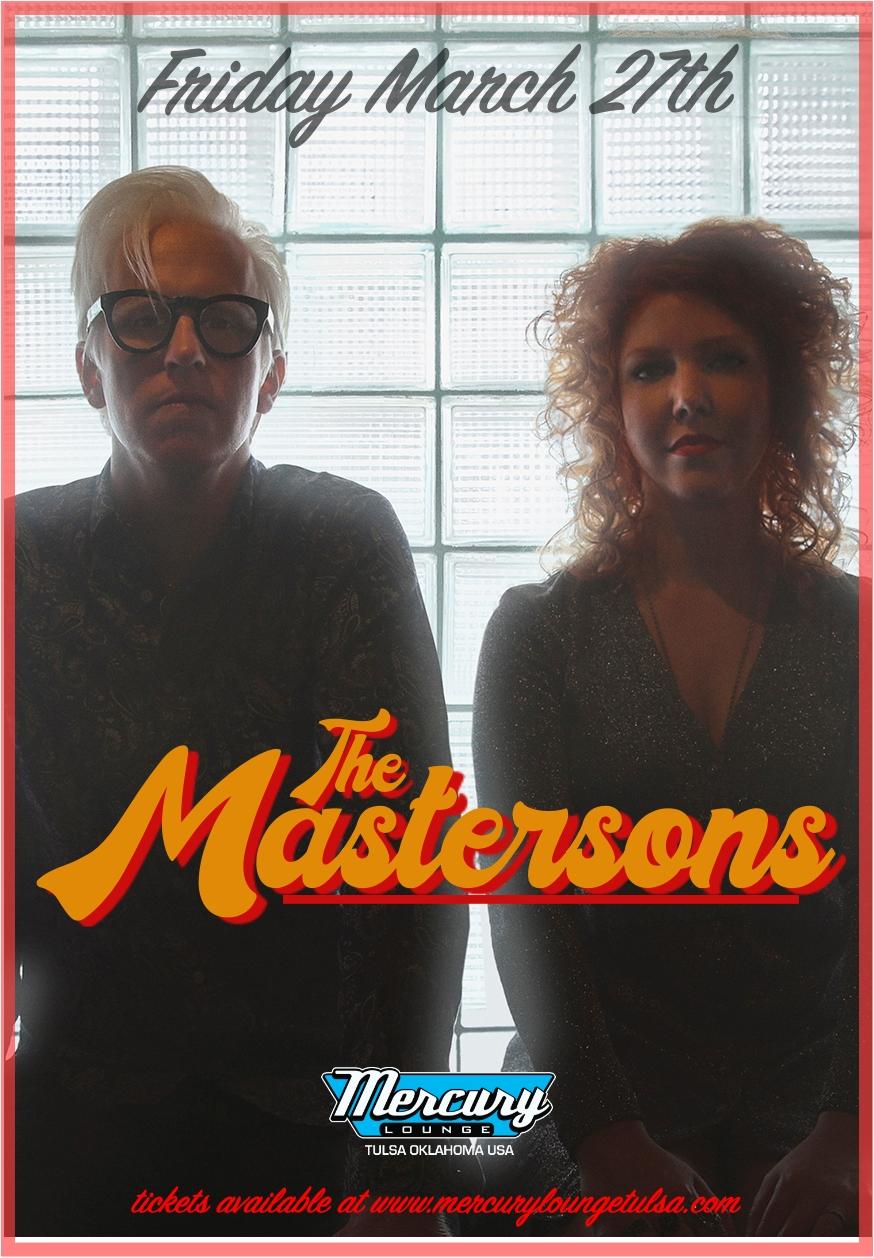 The Mastersons are singer-songwriters/multi-instrumentalists Chris Masterson and Eleanor Whitmore. When they’re not touring the world as valued longtime members ofSteve Earle‘s band the Dukes, the musical and marital twosome make inspired albums of their own emotionally vivid, deeply humanistic songs. The duo’s fourth set of original compositions is the appropriately titled No Time for Love Songs.

The Mastersons, who now call Los Angeles home after stints in Austin, Brooklyn and Terlingua, Texas; recorded No Time for Love Songs at L.A.’s legendary Sunset Sound Recorders with Shooter Jennings; the album was engineered and mixed by five-time Grammy Award-winning engineer, Ryan Freeland. Shooter had recruited The Mastersons to play on his albums Family Man (2012) and The Other Life (2013), and they’d recently reunited to work on Tanya Tucker’s acclaimed Grammy nominated comeback album While I’m Livin’, which Jennings co-produced with Brandi Carlile

It’s a quiet confidence, an air of authority limited to only the most studied artists, a commanding irreverence woven with a thread of vulnerability. There’s something inexplicably authentic about Oklahoma’s Travis Linville, and it’s carried him from dive bars and classrooms to “The Tonight Show” and esteemed theaters and festivals across the globe.

Linville is legendary regionally for his work as a musician, singer, songwriter, bandleader, producer, and for his behind-the-scenes influence—the “Oklahoma Gazette” rightly called him a “godfather of modern Oklahoma folk” and noted that his success opened doors for a state teeming with talent.

Jimmy LaFave called Linville’s 2014 “Out on the Wire” EP “rich, soulful and beautiful. A live audition of a track from the record even netted him a role in a William H. Macy film, in which he performed the song.

In 2017, Linville released his self-produced full-length record “Up Ahead." Rolling Stone Country wrote, “Eighties-era Randy Newman with an earnest James Taylor softness, but scuffed up just enough by a guy with plenty of miles on the road… songs that resound with uncomplicated authenticity… subtlety and storytelling with shuffling hints of jazz are what shine through.”

NPR Music chose first single “Wishes” for its Heavy Rotation feature, noting that “the relatable tune, paced by steady percussion and accented by a crying pedal steel, focuses on those ever-escaping moments as folks weave in and out of our lives.”