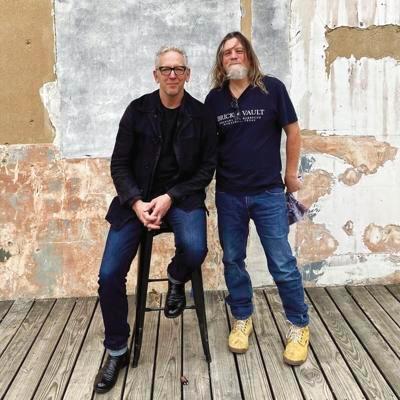 Walt Wilkins is a songwriter, singer, traveler, troubadour - the calling he answered, the life he chose, and the way he makes his way in life. Walt chose to go full time on this road 25 years ago. Its been a spiritual quest, an amazing trip, at turns heartbreaking & transcendent. In that time he's made 9 solo records, 4 records with The Mighty Mystiqueros, one with his wife Tina, and there's a new live record with his friend Kevin Welch. He's had 100 or more songs recorded by other artists, traveled a fair part of the world, and had some very, very large times.

Darden Smith is an equally as potent singer songwriter, having played PDP since the 1980's.

Darden Smith is a singer-songwriter based in Austin whose thirty-year career redefines what it means to be an artist. As a musician, Smith has released fifteen critically acclaimed albums, and he continues to break new ground using the craft of songwriting in education, entrepreneurship, and in service to others. He is the co-founder and former creative director of SongwritingWith:Soldiers, a nonprofit that pairs award-winning songwriters with veterans and service members in retreat settings to craft songs about combat and the return home.