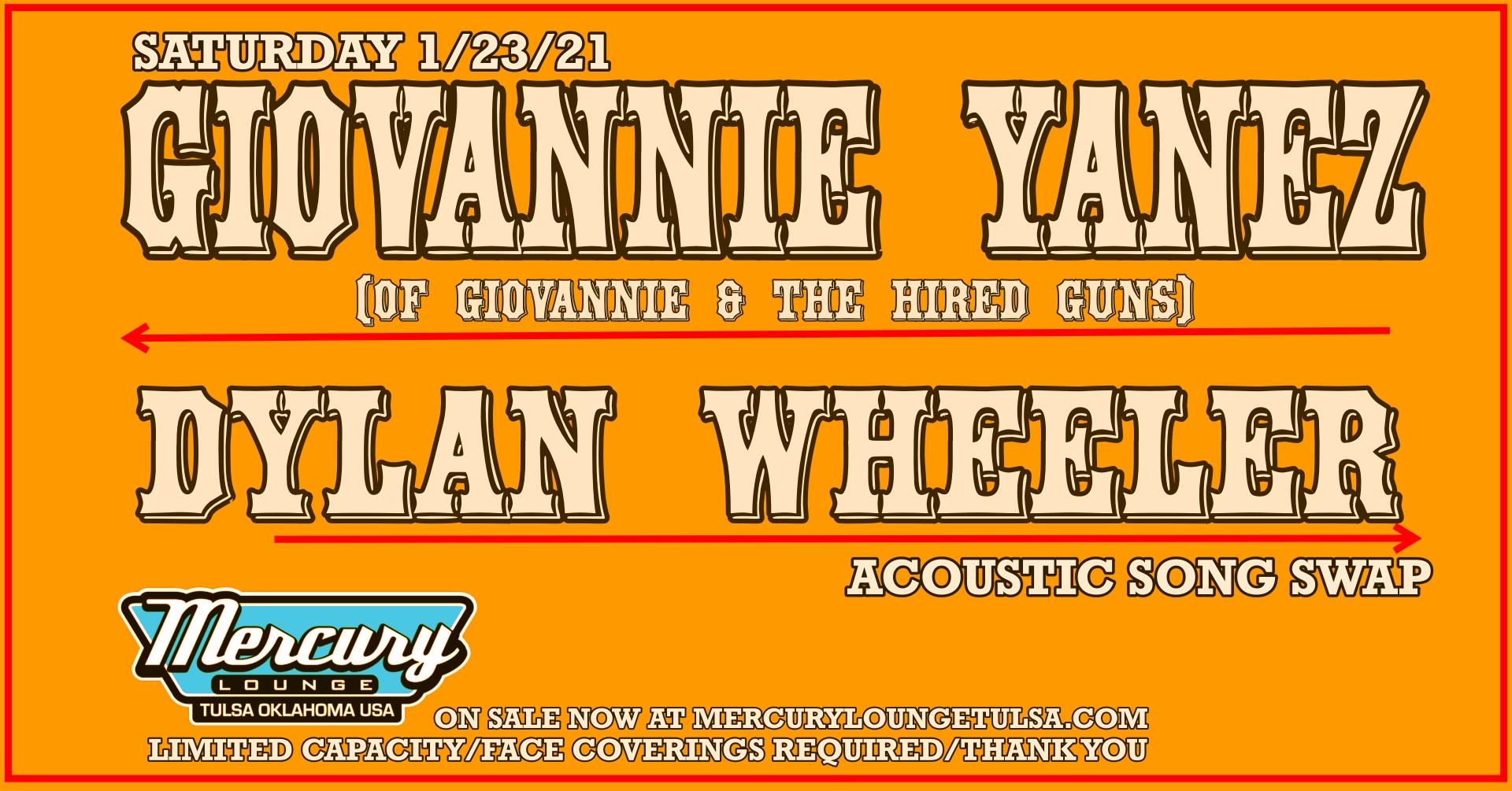 Back in 2015, when Giovannie Yanez decided to put a band together, he wanted to form a band of brothers who could put on a high energy show and deliver a sound that the Texas scene had never seen before. It’s 2020, and Giovannie and the Hired Guns have done just that. This group out of Stephenville, Texas has made a name for themselves in the Texas music scene, where they’re known for playing thrilling shows that will always keep you on your toes. Lead guitarist Chance Bannister brings heavy handed guitar licks and a rich tone with just enough edge. Alex Trejo on bass lays down the rhythm with a rock twist, and drummer Milton Toles plays a soulful beat that further adds to the group’s unique sound. After a successful year of touring and tracking their sophomore record, Gio and the Guns are coming into 2020 with some heat.

East Texas native, Dylan Wheeler dropped his debut EP “Tell Me If I’m Wrong” in November of 2018 and since, his name has continued to be added to lists of emerging singer/songwriters to watch in the Texas/Red dirt music scene. The 24-year-old out of Edgewood Texas didn’t begin his musical journey until age 22 after leaving the oilfield to pursue his dream of becoming a touring musician. The dynamic singer/songwriter spent the last two years playing solo acoustic shows in and around college towns, helping him gain popularity amongst college crowds. Wheeler’s musical influences range from Rob Thomas and Jared Leto, to Aaron Lewis, which has influenced his own sound. Wheeler’s vocals are packed with emotion, season and come out smooth, that, combined with his relatable lyrics and catchy tunes have certainly been the cause of his rapidly growing fan base. His newest tune, “Broke A$$ Kid” now sits at more than 300K streams and has given Wheeler the momentum he needed to take his career to the next level. Wheeler has curated his own sound and style, whether it’s full band or solo acoustic, it’s certainly a show you won’t want to miss. Wheeler is already back in the studio pushing to release new songs before the end of the year.