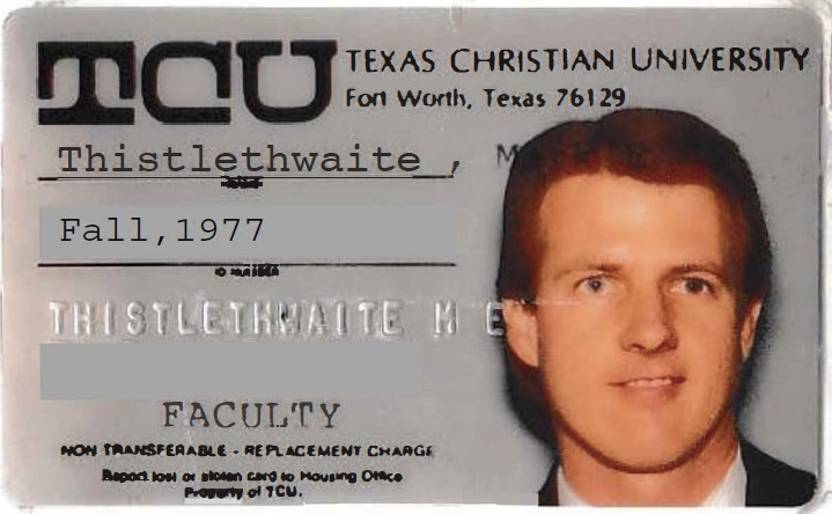 For this special presentation, “(Not necessarily) The Last Lecture,” Thistlethwaite, who is retiring after teaching art history at TCU for 43 years, shares his thoughts on four works of art -- one each from the Amon Carter Museum of American Art, Kimbell Art Museum, Modern Art Museum of Fort Worth, and Sid Richardson Museum -- that he finds to be full of wonder and resonance.

Any guesses on which four works?

Dr. Mark Thistlethwaite holds the Kay and Velma Kimbell Chair of Art History at Texas Christian University. He has received TCU's Chancellor's Award for Distinguished Teaching and the Honors program’s “Professor of the Year” award, and he has published and lectured widely, particularly on topics related to history painting and images of George Washington. Dr. Thistlethwaite chaired the City of Fort Worth’s Art Commission for several years, served on the Board of Trustees of the African American Museum in Dallas, and currently serves on the Board of Trustees of the Modern Art Museum of Fort Worth, the Ambassador Council of the Amon Carter Museum of American Art, and the Advisory Board of Austrian Journal of American Studies.