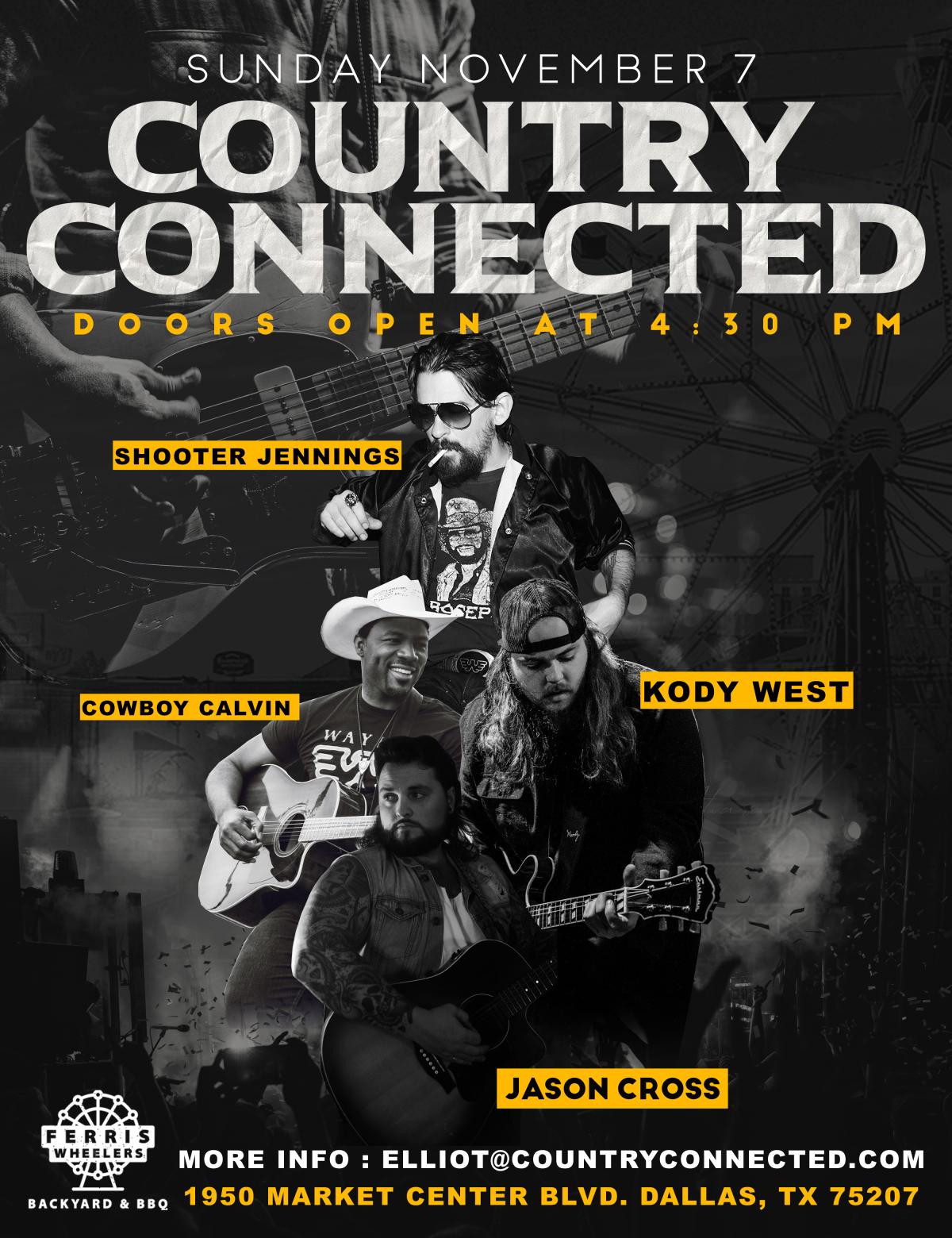 For nearly two decades, Shooter Jennings has defied expectation while constantly expanding the parameters of country, rock ‘n’ roll, and beyond. The scion of American music royalty, he has affirmed his own place in histories still to come as a truly limitless artist whose ambitious experimentation spans myriad genres and creative platforms, from releasing seven solo LPs, countless EPs, and founding his own label and multimedia outlet, Black Country Rock, to hosting his “Shooter Jennings’ Electric Rodeo” on Sirius XM’s Outlaw Country channel, producing music by Jamey Johnson, Wanda Jackson, and his mom, Jessi Colter, and the creation of acclaimed BBS Door games.

Just one year after his first EP “Higher Ground” Kody West and the band released their debut album “Green” in April of 2017 and found themselves quickly gaining a large following of loyal fans. In the past 3 years they have traveled across the country headlining shows, as well as serving as the supporting act for artist like Charlie Robison, Whiskey Myers , and Koe Wetzel. They have now released their sophomore record “Overgrown” that was recorded in Kody’s hometown of Denton, Texas. Kody’s drive for touring and live shows keeps the wheels always turning and the band always working. Try to keep up!