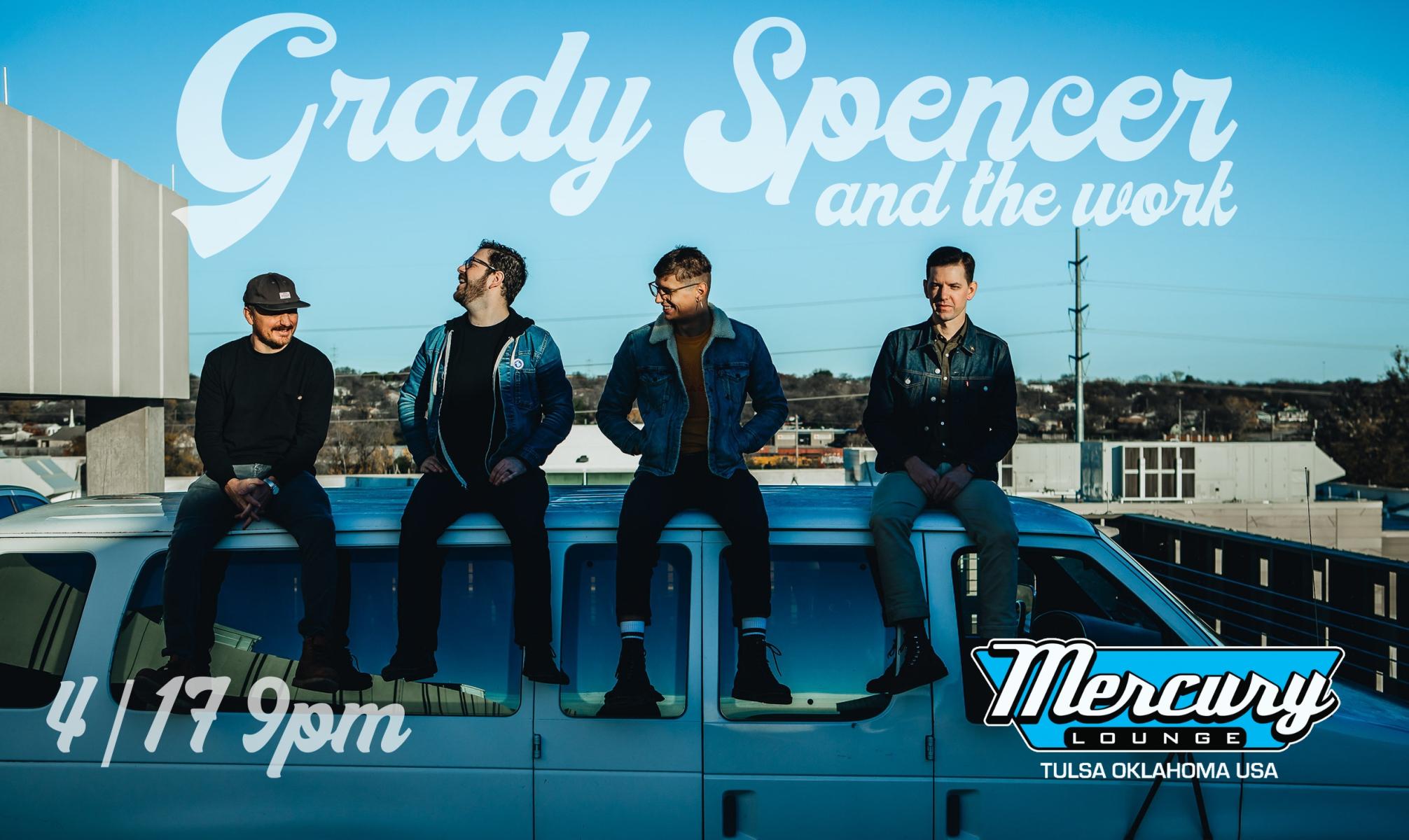 Born in Lubbock and raised in the country outside of a town called Paducah, Grady Spencer’s roots dig deep into Texas soil. By day, Spencer is a foreman for a commercial construction company. By any other time, he’s songwriter and front-man of Grady Spencer & The Work. The Work originally formed in 2013 on the stage of Paradox Church in Fort Worth, Texas. Drummer Blake Sager was joined by bassist Johnny Hatcher in 2016, followed by guitarist Tyler Martin in 2018. The Work’s music reflects its members: honest, good-timing, with a nod to blue-collar roots. In 2013, the band recorded and self-produced its first album at 1916 Studios in Kyle, Texas. Released that same year, Sleep was the band’s first introduction to the Fort Worth music scene. “Things to Do” was eventually picked up by the Fort Worth Visitors Bureau via Tom Martens, and in 2017 the city sent Spencer and The Work to Niles City Sound to rerecord and release the track as a single. Sophomore record The Line Between was primarily tracked at January Sound in Dallas, Texas. The band worked with Magnolia Records and released the album in 2016. The Line Between carried the band beyond Forth Worth city limits—a following started to crop up across the state and numbers rose on streaming platforms, catapulting The Work to their next album. Celebrate, The Work’s most recent album, was recorded with Niles City Sound in Fort Worth, Texas in 2018. Celebrate is set to release June 2019.

"With 74th St. Sessions Cade Roth and the Blacksheep have put out a near perfect collection."

Voted Best of 2019, "MVP and Country/Rock Album of the Year": "Cade Roth and The Blacksheep earned the title for their amazing EP, 74th Street Sessions. They made their way up to No. 19 on the Texas music charts with "Whats Left Of Me Now".

"Cade Roth and the Blacksheep have created a perspective of life as a musician on the road, the loneliness associated with that and weaving maturity between the lines. A good proper presentation of a man looking forward but never forgetting the past."

"If you need some good music for a road trip, or kicking back by Medicine creek, Cade Roth and the Blacksheep's 74th St. Sessions is just the thing."