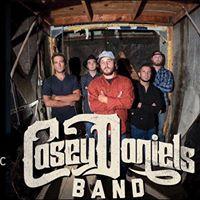 What a night of music and FUN at Southern Junction featuring CASEY DANIELS BAND!

The Casey Daniels Band originated out of Denison, TX and has worked hard to carve out a great path in the Texas music scene so far and are only growing more andmore every day. With the release of their demo “Wild Saturday” it quickly gained fans all across Texas. The band later followed up with a remastered version entitled “Backroads & Moonshine” that debuted in 2016. They soon released their current album “Bible on the Dash” Spring of 2017. Following the EP "Memories" released in late 2018.
18 & up