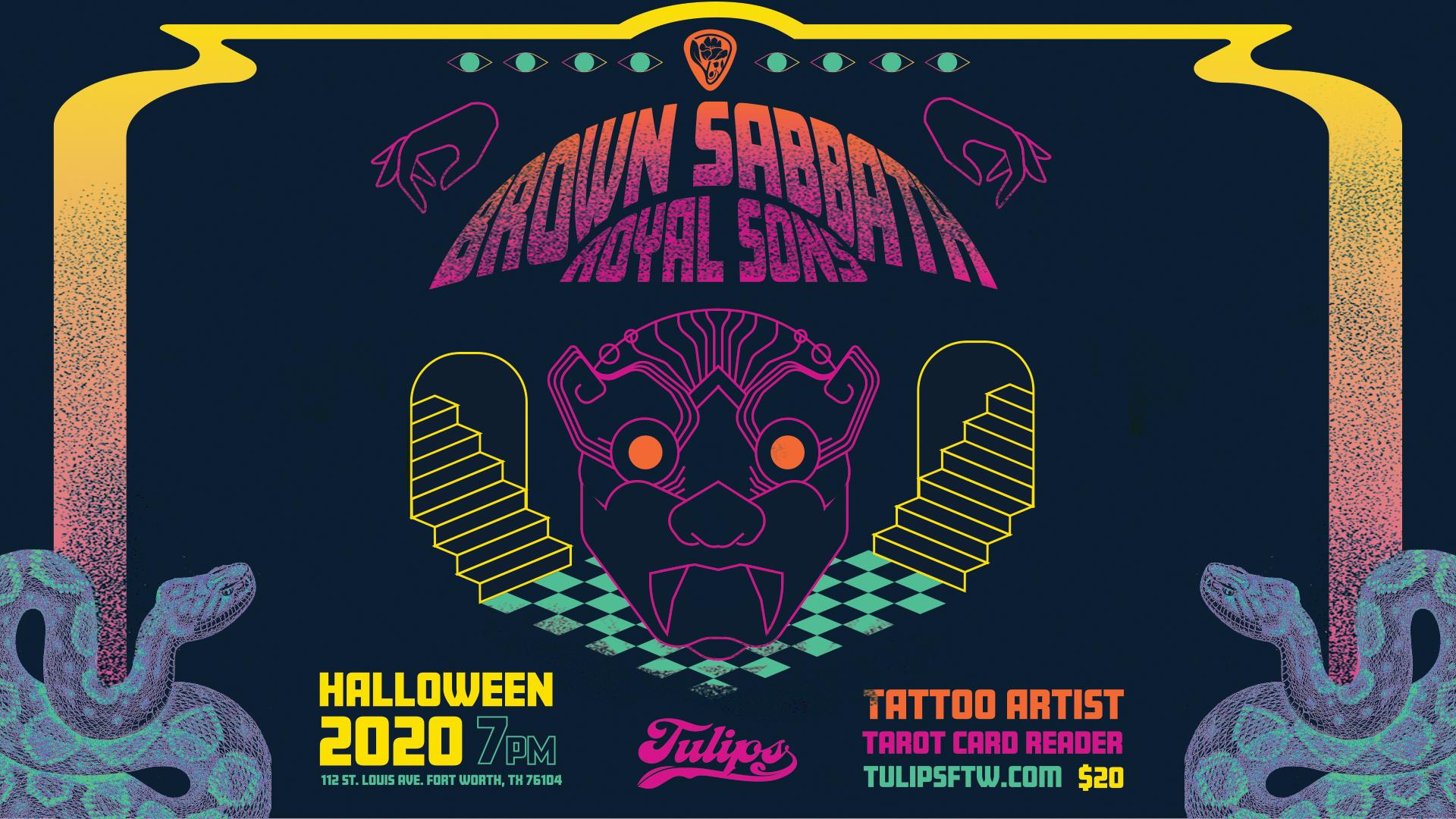 [Brown Out presents] Brown Sabbath Halloween in the Funk

Tulips FTW is opening this summer in the former Collective Brewing Project at 112 St. Louis St. as the first mid-sized music venue the city has seen since the days of Caravan of Dreams, and will finally route favorite musical acts to the western side of the metroplex. As the city nears a population of 850,000, we have stayed confined to local acts being staged at a circuit of favorite bars, but the touring acts worth higher ticket prices still skip us for Dallas. The market is here, but until now, the option hasn’t been. Tulips FTW will remedy this shortcoming.

With cautious progress toward an August opening, Grand Opening Weekend kicks off with Band of Heathens on August 21. These stewards of Americana music have been compared to Little Feat, Black Crows and the Grateful Dead. Tulips will follow up Band of Heathens with Kurt Vile in September. Kurt Vile has been described by Rolling Stone as a “Cosmic Indie Guitar Hero”. Tulips will feature a varied roster of regional, national and local musical acts that will include Texas Country, Latin, Funk, Hip-Hop and Indie. Tickets for both shows are already available on TulipsFTW.com.

Brownout Presents Brown Sabbath’s debut in 2014 was met with critical praise. Pitchfork wrote, “the rearrangements are so exhilarating that, even without amplifier overdose, they make you remember why you got into metal in the first place,” while NPR Music declared, “the album is a reflection of the kind of cross-cultural life many Latinos in the U.S. live in, one where a 1970s English heavy metal prototype shares record shelf space with Latin music.” Providing further validation, Classic Rock Magazine stated that “the horn arrangements felt like they had always been there.” A national tour led to appearances at Bonnaroo, Austin Psych Fest and Pickathon. The music would ultimately make its way to Ozzy Osbourne himself who raved, “it’s fucking awesome, this fucking Mexican guy sounds just like me,” ultimately garnering the band an invitation to perform at the Ozzfiesta in Mexico.

“When we recorded Volume I, we had only played a couple of live shows, and it was a very new thing,” explains guitarist Adrian Quesada.  “We’ve grown as a live band and gained a new level of confidence and ownership over what we do with Black Sabbath. It was important to capture another moment in time showing the band’s development and stamp on the music.”

There is more attention to the guitar elements on Brownout Presents Brown Sabbath Vol. II.  Album opener“Supernaut” is bolstered with muscled-up horn arrangements and a tasty bongo break, but the aggressive guitar riff lets you know what’s driving this train. On “Snowblind,” vocalist Alex Marrero channels Ozzy to chilling effect, matching the dread of Greg Gonzalez’s bass and a menacing lead guitar solo.  And while horns kick off “Children Of The Grave,” the star of the show is the band’s rhythm section that makes a song about love and revolution move the needle from rock to metal. Album closer, “Sabbath Bloody Sabbath,” with vocals by Ghostland Observatory’s Aaron Behrens is brooding number, but switches tempo when the percussion underlying the lead guitars leads to a Latin-infused breakdown.

Through a varied career across multiple band incarnations, the nine members of Austin, Texas-based Brownout have carved out a distinctly individual and fearless career in modern music. Starting out as Grupo Fantasma, with a focus on cumbia music, they became known as a party band that jammed in establishments ranging from friends’ houses to coffee shops. Laying down a solid foundation through multiple album releases and countless shows, their star began to rise, ultimately resulting in multiple Grammy Award-nominations, including a 2011 victory in Best Latin Rock or Alternative Album category for their album, El Existential. In the mid-2000s, the group decided to create Brownout—”a return to our roots” as Adrian Quesada notes—to focus on the funk and Latin rock influences. Their sound would evolve across three full-length LPs and a half dozen vinyl singles. It was through this process that they conjured the idea to pay tribute to Black Sabbath, one of their favorite bands growing up as kids in south Texas.