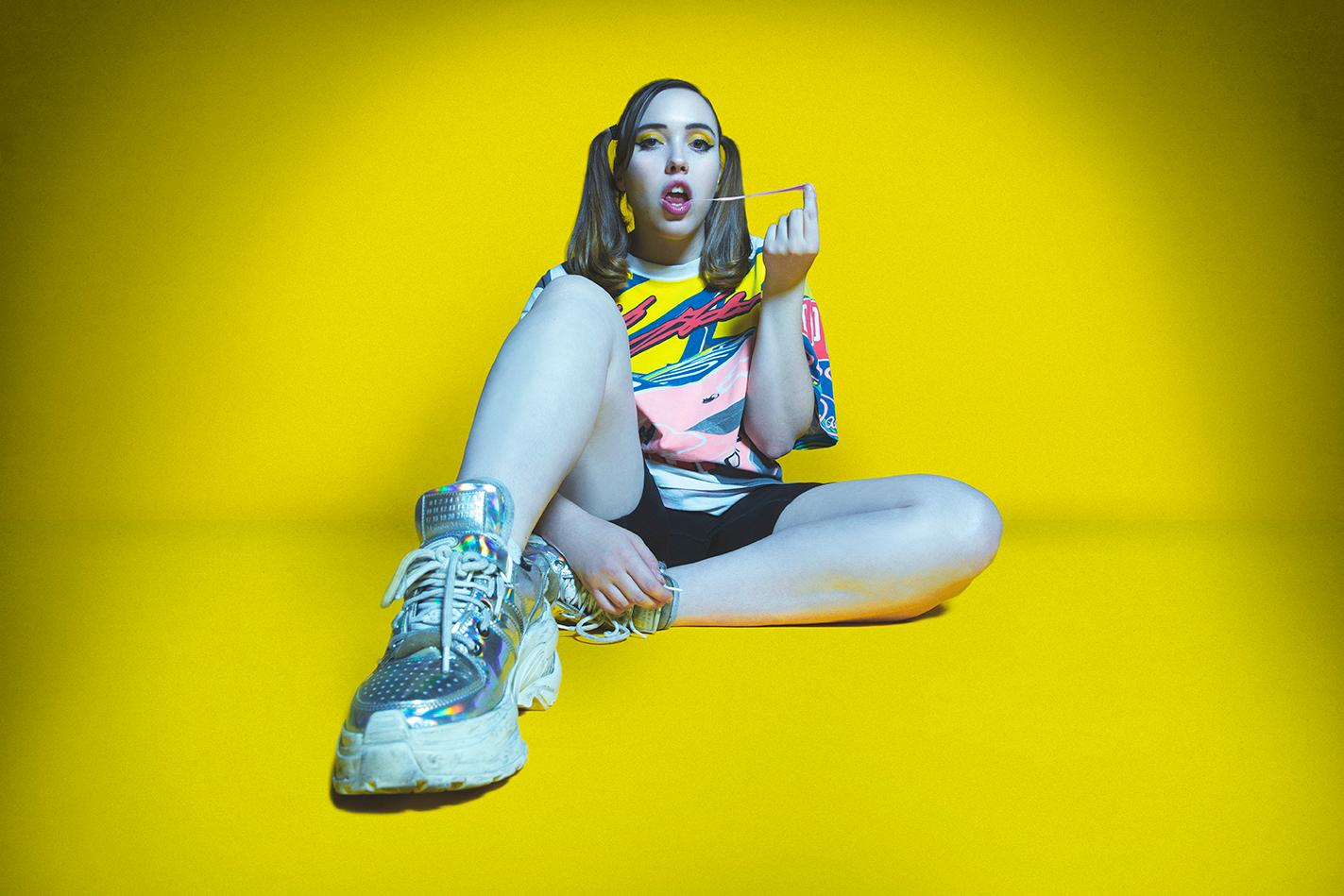 ALL TICKETS FROM THE PREVIOUS DATE WILL BE VALID!

For Sophie Allison, aka Soccer Mommy, color theory is a distillation of hard-won catharsis. The album confronts the ongoing mental health and familial trials that have plagued the 22-year-old artist since pre-pubescence, presenting listeners with an uncompromisingly honest self-portrait, and reminding us exactly why her critically-acclaimed debut, 2018’s Clean, made her a hero to many. Wise beyond her years, Allison is a songwriter capable of capturing the fleeting moments of bliss that make an embattled existence temporarily beautiful. With color theory, Allison’s fraught past becomes a lens through which we might begin to understand what it means to be resilient.

Clean demonstrated Allison’s nuanced approach to lyricism and her disinterest in reducing complex emotional worlds into easily-digestible sound bites. On it, she projected the image of a confused but exceedingly mature teenager -- the type to offer up life-saving advice while cutting class under the bleachers. Clean led Soccer Mommy to sell out tour dates and play major music festivals around the world on top of opening for the likes of Kacey Musgraves, Vampire Weekend, and Paramore. A grueling touring schedule made it so that Allison had to get used to writing on the road, a challenge that exhilarated her. She wrote dozens of songs in hotels, green rooms, and in the backseat of the van. The ones that make up color theory were recorded in her hometown of Nashville at Alex The Great, a modest studio where the likes of Yo La Tengo have recorded, just two miles from her childhood home. Produced by Gabe Wax and engineered by Lars Stalfors (Mars Volta, HEALTH, St. Vincent), color theory’s sonic landscape is vast and dextrous, illustrating how much Allison has evolved as a musician and matured as a person over the past year. The melodies on color theory shimmer on the surface, but they reveal an unsettling darkness with each progressive listen.

“I wanted the experience of listening to color theory to feel like finding a dusty old cassette tape that has become messed up over time, because that’s what this album is: an expression of all the things that have slowly degraded me personally,” Allison says. “The production warps, the guitar solos occasionally glitch, the melodies can be poppy and deceptively cheerful. To me, it sounds like the music of my childhood distressed and, in some instances, decaying.” Allison used a sampling keyboard and string arrangements drawn from old floppy discs to lend color theory a timeworn aesthetic. She also opted to enlist her band in the recording process, which hadn’t been the case on any of her earlier releases. “At the base of every song on color theory is a live take done to tape. This album reflects our live performance, which I’ve grown really happy with,” she says.

color theory is thematically subdivided into three sections, each of which is named for a color that distills the mood Allison wanted to freeze in time. We begin with blue, a color that evokes a certain melancholy, and for Allison, illuminates depressive episodes and memories of inflicting self-harm. On “circle the drain,” she admits that “the days thin me out or just burn me straight through” over a swirling, guitar-driven arrangement that inspires a sense of ease in spite of the distressing lyrical content. The next section is represented by yellow, a color that points to illness, both mental and physical. “My mom has been terminally ill since I was a pre-teen, and I never really found a way to deal with it,” Allison says. “On ‘yellow is the color of her eyes,’ I sing about a period when I was on an international tour and kept feeling like my time with her was ticking away.” Lackadaisical from the outset, the song marries its relaxed arrangement with gutting lyrics that will ring true to anyone who has ever witnessed a loved one’s health decline.

The final section, represented by grey, addresses that fear of loss directly. “Watching my parents age and witnessing sickness take its toll made me think a lot about the cycle of life, and forced me to confront the paranoid sense that death is coming for me,” Allison says. On the color theory’s closer, “grey light,” she doesn’t shrink from the terrifying promise of death’s inevitability and instead gives herself over to it completely. Atop a faded, oceanic bed of instrumentation, she unflinchingly admits, “I see the noose/ It follows me closely whatever I do.” But it’s not all tragic, and moments of lightness appear on this album, too. Take lead single “lucy,” which navigates an all-consuming dread with cunning wit and showcases Allison’s deft songwriting prowess. Here, she pleads with a devilish character and succumbs to his cruelty just as easily as she delights in his attention. “That irks me -- that I’m falling down/ From heaven through the Earth/ To hellfire to wear his crown,” she sings, the twinkling instrumentation taking on an eerie, unsettling bent as the song progresses.

color theory investigates a traumatic past in exacting detail; in doing so, Allison finds inroads for healing through self-acceptance, and occasionally, humor. (“I’m the princess of screwing up!” she declares at one point.) This isn’t a quest to uncover some long-since forgotten happiness so much as it is an effort to stare-down the turmoil of adolescence that can haunt a person well into adulthood. Allison is a gifted storyteller, one who is able to take personal experience and project it to universal scale. On color theory, she beckons in outsiders, rejects, and anyone who has ever felt desperately alone in this world, lending them a place to unburden themselves and be momentarily free.