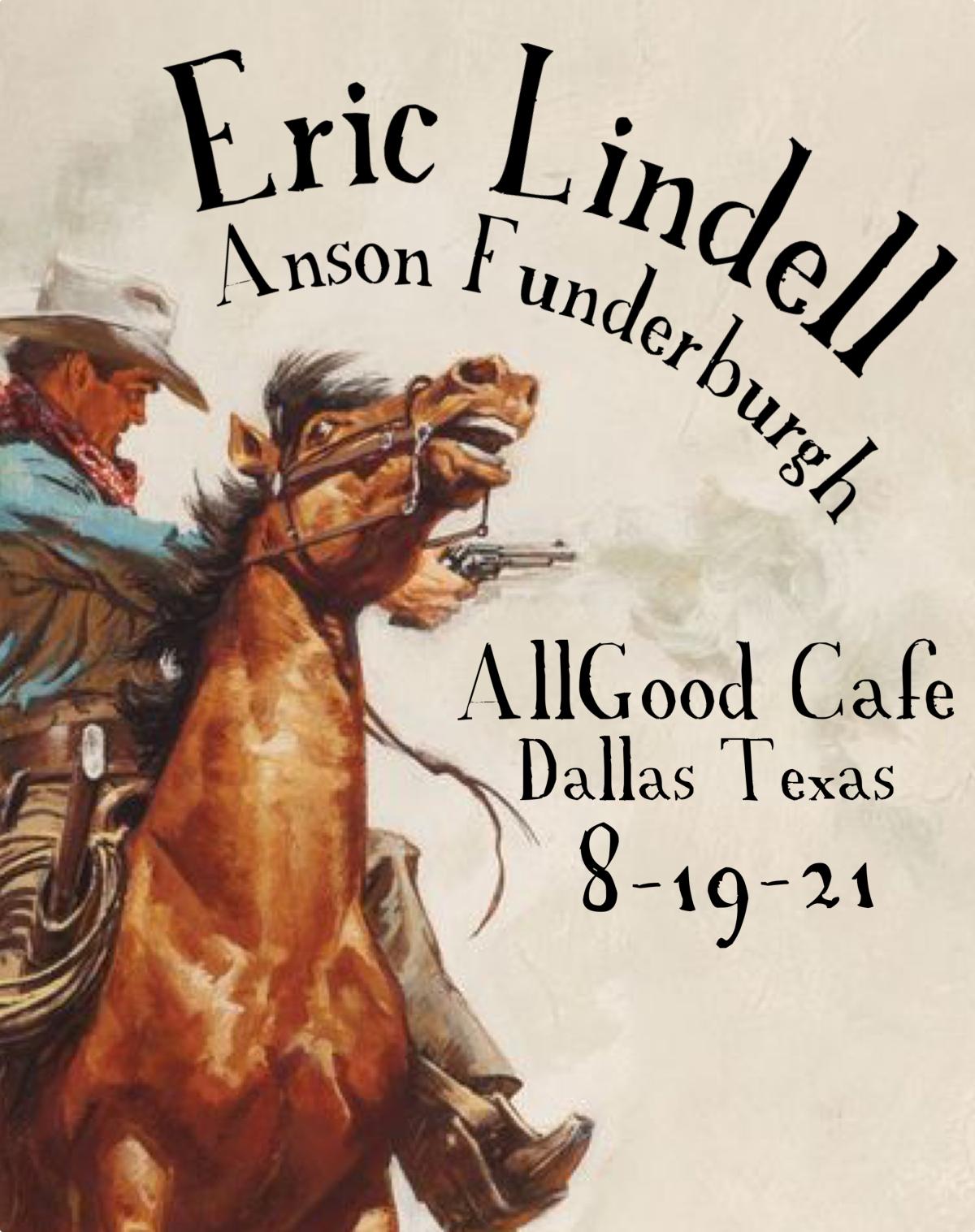 Roots music pioneer Eric Lindell has toured the Globe , released several records on Alligator Records , Appeared on the Conan O’Brien show and has been a staple at the New Orleans Jazz and Heritage Festival for the last 17 years . He has had classic artist such as John Fogerty and Jackson Brown join him on stage . Lindell has been performing and recording with his right hand man Texas Guitar legend Anson Funderburgh for over a decade . When not performing with his own band he also plays with the New Orleans Super  group Dragon Smoke featuring Ivan Neville , Stanton Moore and Robert Mercurio of Galactic . This dude is a musicians musician. If you know you know and if don’t then I guess you better stroll on out and catch him for an intimate evening at the AllGood Cafe in Dallas Texas .