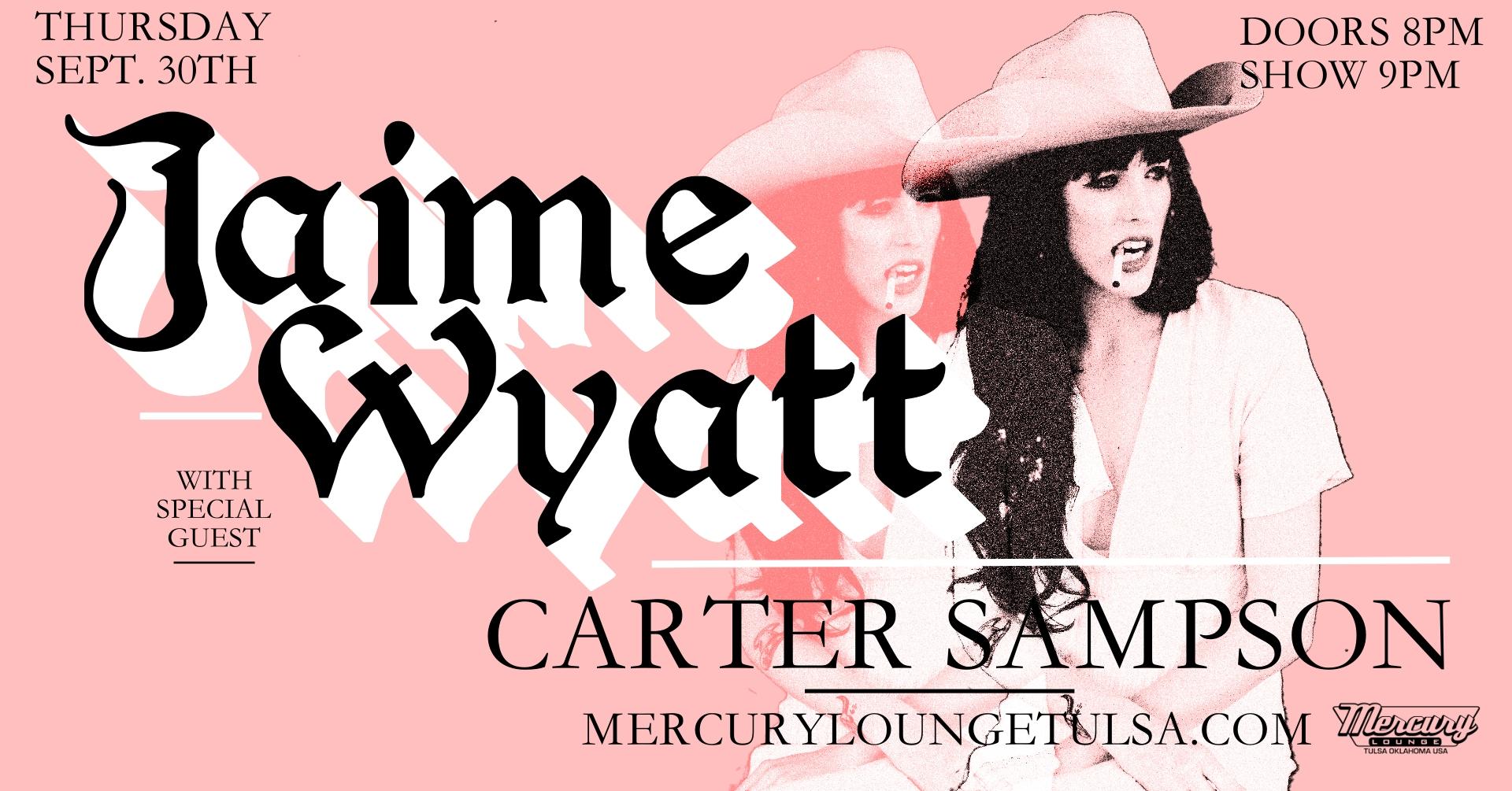 If there’s one lesson to be gleaned from Neon Cross, the newest release from singer, songwriter and guitarist Jaime Wyatt, it’s that life, in all its inherent messiness, goes on. And through it all—good times and bad, triumph and trouble, dreaming and desperation—Wyatt continues, to borrow the title of one of her new songs, just L I V I N. To be sure, there’s a whole lot of livin’ in the 11 tracks on Neon Cross, from the whisky-soaked honky tonks outlined in the heated and hungry title track, where Wyatt, with “pitiful perfume, dark glasses, gold liquor and alligator shoes,” plies her trade from the stage, to the mountains of pain, regret and loss baked into the slow-burning soul groove of “By Your Side,” which the artist says she wrote “after my dad died and my best friend overdosed, and I wasn’t able to show up for either of them because I was loaded,” to the stark solitude of “Sweet Mess,” where Wyatt, in the throes of a crumbling relationship, opines that “just like all the rest, I’ll be forgotten.” “I tried not to have any filter with these songs,” Wyatt says about her open-book approach to writing. “Because I'll be honest—it feels like I'm gonna die if I don't tell people how I feel and who I am.” She pauses and lets out a slight laugh. “It sounds so dramatic, but that's the truth.” If Wyatt sounds defiant, well, there’s a reason for that. Her life story is specked with difficult—and unusual—twists and turns. She’s an immensely talented and insightful singer-songwriter who signed to her first record label as a teenager, achieving early success before losing that deal and being put through the music-industry wringer; a country music devotee who ever since has been honing her craft in bars and clubs, late night after late night and long year after long year; and a hard-luck, hard-living artist whose outlaw tales are more than mere lyrical fodder for a woe-is-me honky-tonk tune—before she was even 21, Wyatt battled a nasty drug addiction and served close to a year in L.A. county jail for robbing her heroin dealer, experiences that were chronicled on her much-lauded 2017 effort, Felony Blues.

Carter Sampson is an Oklahoma born and raised, award winning singer songwriter. She tours nationally and internationally playing both solo and with her trio & band. Sampson won 1st place in the Chris Austin Song Contest at Merlefest and was a top 5 finalist in the Telluride Bluegrass Festival Troubadour Contest. Sampson has released five studio albums including her newest release LUCKY recorded with Jason Scott in Moore, OK. Sampson’s 2016 release Wilder Side received international attention and was No. 3 on the Euro Americana year end chart for 2016. She is the founder and director of The Rock n’ Roll Camp for Girls OKC, a nonprofit volunteer run organization that empowers girls through music education. Carter Sampson’s band includes Kyle Reid (pedal steel & guitar), Mike Satawake (lead guitar) Luke Mullinex (bass) Jack Waters (drums).