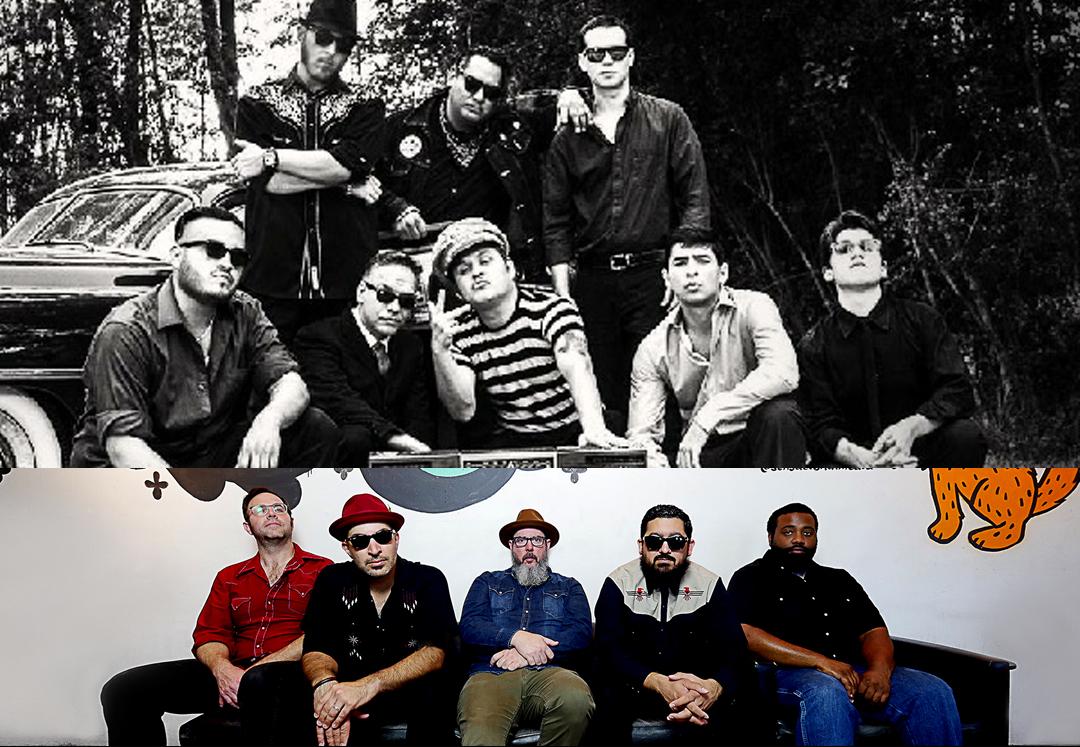 With over 20 years in the Texas music scene, Los Skarnales was started in 1994. The band rose out of the ashes of local punk rock band Desorden with help from original members Felipe Galvan and Jose Rodriguez. Always true to roots music in all forms, Skarnales performs a mixture of ska, reggae, rockabilly,  cumbia, and danzones, all with a punk attitude. Never letting down at a live show, the band has performed extensively throughout the United States and Mexico and has shared the stage with such artists as Flaco Jimenez, Ozomatli, Los Fabulosos Cadillacs, the Aggrolites, Maldita Vecindad, the Slackers, the Specials, Fishbone, Agent Orange and many more.

By the mid 2000’s, the band had released three full length releases: Vatos Rudos, Suavecito Style, and Pachuco Boogie Sound System and had been featured on numerous compilations and live recordings distributed throughout the U.S. and Mexico, including the song “Demasiado Tarde” in the 1999 movie, “Sexo, Pudor y Lagrimas”.

In 2010, Los Skarnales released its Fourth studio album entitled “Dále Shine!” which was recorded in New Orleans. The Album retains the Ska/Reggae feel of previous works, but incorporates more Latin sounds for an energetic mesh that will most definitely keep the bodies moving.

Los Skarnales celebrated its 20th anniversary in 2014 with the release of “Vatos Rudos Forever”, a collection of 34 songs spanning the band’s beginnings to the current line-up, demonstrating the band’s diverse sounds.

Recently, the band released a new EP entitled “Another Day, Another Borrachera” on Smelvis Records. Once again, the Vatos Rudos from Texas are at it again, mixing global roots music with their Chicano style showing off their Pachuco Boogie sounds.

Money Chicha is an Austin, Texas based group featuring members of the Grammy-award winning Latin orchestra Grupo Fantasma and its offshoot funk outfit Brownout which performs a fuzzed-out, reverb-drenched and percussion-heavy style of music inspired by the sounds of Peru and Colombia in the 60’s and 70’s. This style of music, sometimes called “Chicha” music, is known for its infectious Latin beat, its psychedelic, surf guitar pyrotechnics and its melodies influenced by the indigenous culture of the Andes mountains.

The group’s sound is derived from the exhilarating syncopations of congas, cowbell and timbales, the gritty tones of combo organs and vintage synthesizers, effects-laden guitar melodies, insistent basslines and a healthy dose of trippy, psychedelic effects. Money Chicha is a modern translation of this South American musical style interpreted by highly skilled veterans of America’s most vibrant music town. In their capable hands the “Chicha” genre takes on a new and unique character, guaranteed to move one to both dance and listen, entranced by the undeniable rhythms and virtuosic displays of musicality.

Money Chicha’s debut album “Echo en Mexico” was released in July 2016 on Vampisoul/Munster records (Spain) and received overwhelming praise from critics and tastemakers in North/South America and Europe as well. The band’s music has also been featured on numerous compilations including “The Rough Guide to Psychedelic Cumbia” and “Songlines Compilations disk Fall 2016” and has been featured on British Airways Songlines radio playlists. The group has performed at Tropico Festival in Acapulco, MX, Mapquest music festival, SXSW, Pachanga Festival and is scheduled to perform at  Mole de Mayo festival in Chicago, IL