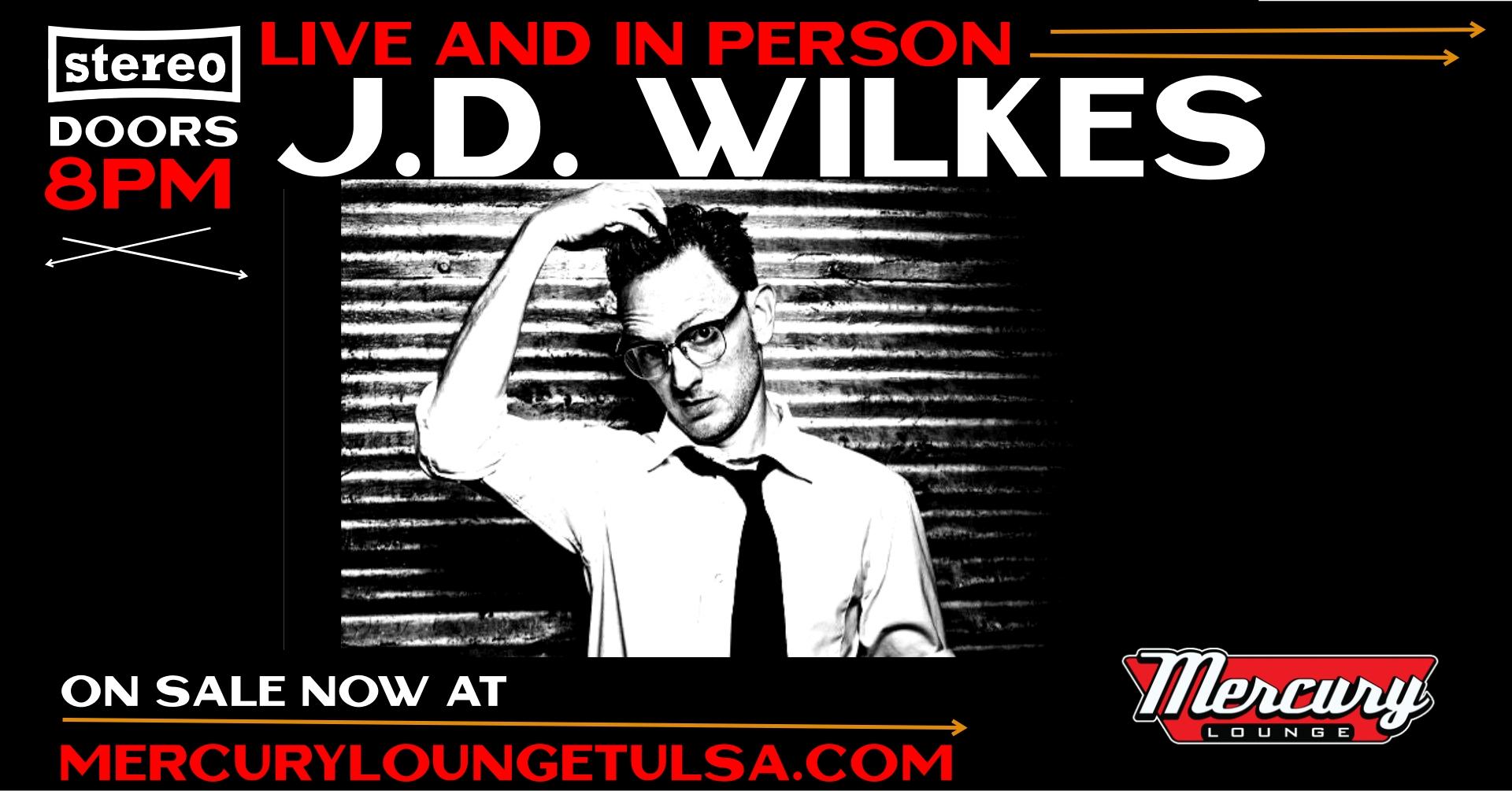 JD Wilkes is an American musician, visual artist, author, filmmaker and self-proclaimed "southern surrealist".  He is an accomplished multi-instrumentalist (notably on harmonica and banjo), having recorded with such artists as Merle Haggard, John Carter Cash, Mike Patton, and Hank Williams III. Wilkes’ latest solo album Cattle in the Cane (Arkam Records, January 2015) includes his own renditions of traditional tunes (mostly old-time mountain music), with performances by elder Kentucky fiddler Charlie Stamper (the brother of Art Stamper) on many of the tracks. In the last two years, Wilkes has continued to develop his solo project, having toured with Charlie Parr and The Tillers, as well as performing at the 2015 Winnipeg Folk Festival.

Wilkes is perhaps best known as the founder of the Legendary Shack Shakers, a Southern Gothic rock and blues band formed in the mid 90s. Fans of his work with Legendary Shack Shakers include Stephen King, Robert Plant and former Dead Kennedys frontman Jello Biafra. Rolling Stone named Wilkes as the “best frontman” at the 2015 Americana Music Association Festival for his performance with the band. Regarding the group’s "southern gothic" lyricism, Billboard Magazine said "[Wilkes writes] mind-blowing lyrics rife with Biblical references and ruminations of life, death, sin and redemption.” Legendary Shack Shakers have toured with the likes of Robert Plant and The Black Keys, among others. Their music has been featured in HBO’s True Blood series, and in a long-running Geico commercial.

JD Wilkes has been compared to iconoclasts like David Byrne, Iggy Pop, or Jerry Lee Lewis, and with his small, wiry frame and intense, incandescent performances, it’s not hard to see why. But while he plays the carnival barker onstage, he’s a dedicated lifelong student of true Southern culture. Master banjo player Dom Flemons said, “JD is a real old-Kentucky banjo player and he can take that to the bank! I gotta watch out next time I see his banjo.” A resident of Paducah, Kentucky, Wilkes is a Kentucky Colonel, an honorable title bestowed by the state's Governor upon those with a connection to, or who are famous residents of the state of Kentucky. In 2015, Wilkes was featured on the BBC original series Songs of the South, in an episode focusing on the musical history of Tennessee and Kentucky.

Aside from his prolific career in music, Wilkes is also a published writer, having recently authored the book Barn Dances and Jamborees Across Kentucky, an exploration of his state’s social music and dance history based on extensive fieldwork and research. A true Southern Renaissance man, Wilkes is also an accomplished visual artist (specializing in comics, sideshow banners and book illustrations) as well as a documentary filmmaker (his documentary Seven Signs explores “music, myths, and the American South” and was screened at the UK’s prestigious Raindance Film Festival).