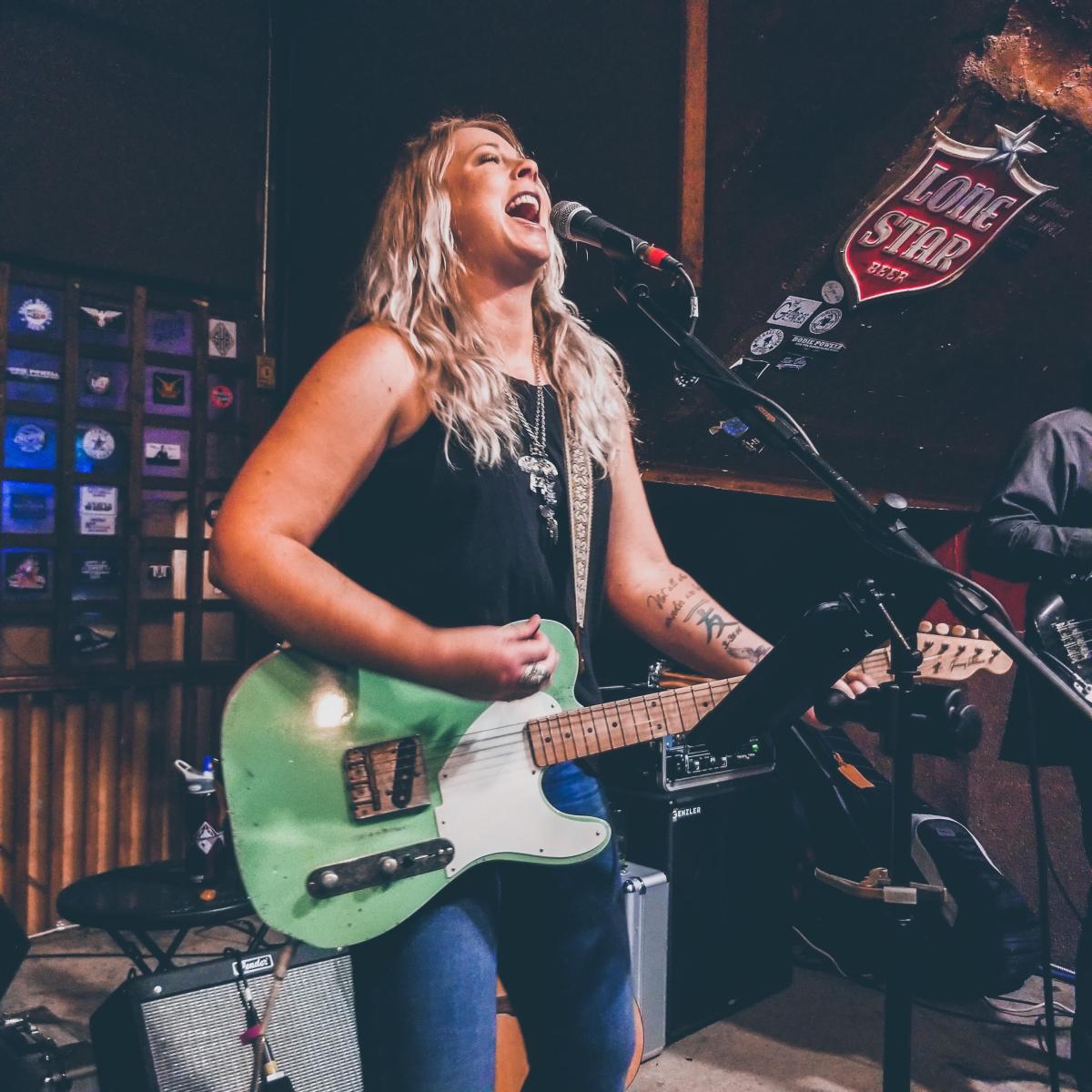 Singer/Songwriter, Ronda Ray, is learning to live her dream one day at a time. Her passion is to encourage and inspire others to do the same.

Ronda’s music is like her – country and rock, real and raw. Music has been a part of Ronda’s life from an early age. And in the style of the free spirit she is, she’s doing what she loves with all her heart taking her music anywhere people will listen.

Her authentic, gritty cowgirl nature and love of rock and roll contribute to her unique sound.

Although Ronda grew up playing music from an early age, she didn’t pursue a career in music until January 2013.

You see, she spent 20 years of her life rodeoing and training horses. But, during the winter of 2012, business at the Lazy J Cattle Company where she worked grew slow. Ronda always knew she had songs in her.

She had been writing songs and working on her guitar playing for some time.

With the cowgirl business slow, she thought, “If I’m going to try this music thing, now is the time,” thinking she would be busy at the ranch again in the spring, never really imagining what was to come.

She jumped in Ronda style, all in, with both feet. People were receptive to her songs and her passion everywhere she went. Someone went as far as to pay her for playing and she was hooked, booking gigs and making friends all over the world!

Tanner Usrey is an upcoming singer/songwriter from Prosper, Tx. His unique vocal tone/ sound has been strengthened by years of touring Texas, and the surrounding states. Usrey began his career in 2013 with his brother Tim as "The Usrey Brothers." And since his 2017 solo debut, has performed at many notable venues and festivals. He has had the chance to share the stage with acts such as, Stoney Larue, Casey Donahew, Cody Canada, Randall King, Brandon Rhyder, Walt Wilkins, and many more. Tanner continues to gain steam in the Texas Country Scene, bringing heartfelt lyrics that tell stories that people can relate to. This mixed with his southern rock vibe, and a powerful voice and stage presence makes him a force to be reckoned with.