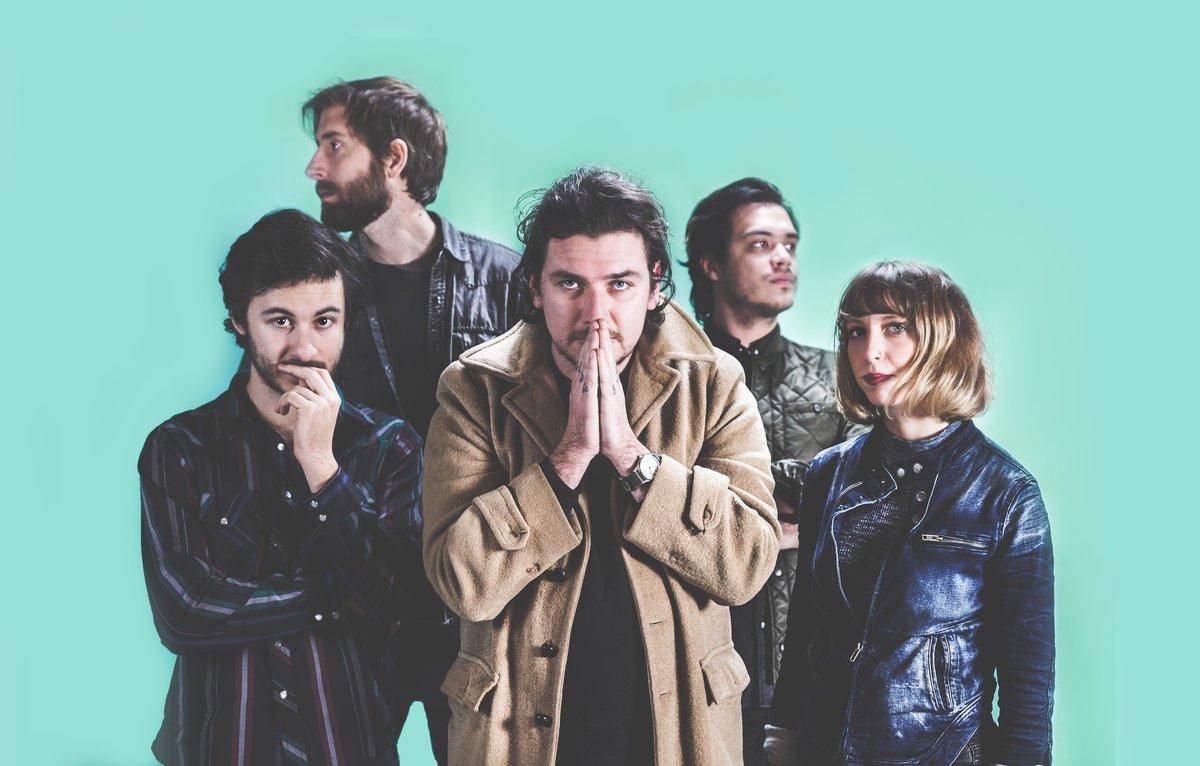 Susto is an American indie-rock band based in Charleston.

Justin Osborne needed a break. He'd been writing music and making albums since he was 15, and by the age of 26, he felt like he was spinning his wheels. He knew he needed a change, so he ended his old band Sequoyah Prep School and moved to Cuba. He thought he might be done with music for a while, but the songs just kept coming.

"I had this idea in my mind that I was going to try and join some kind of Latin American Leftist movement. I wanted to jump off a cliff," Osborne says. "Once I got there I immediately started hanging out with musicians and going to shows. I started showing them the songs from this project that was kind of just an idea in my head.

"They were like, 'man, don't throw away your passport, go home and continue to make music,'" he says. "I was encouraged by them to try again."

Osborne was already writing the songs for what would be SUSTO's 2014 self-titled debut when his producer Wolfgang Zimmerman introduced him to Johnny Delaware, a guitarist and songwriter who had moved to Charleston, South Carolina to make an album with the producer.

SUSTO is a Spanish word referring to a folk illness in Latin America that Osborne learned as anthropology student, meaning “when your soul is separated from your body,” and also roughly translates to a panic attack. For Osborne, the music of SUSTO was something he had to get out into the world.

SUSTO released their debut album independently and toured relentlessly to get the word out. They were an immediate hit in their hometown, packing venues, getting airplay at all the bars and even making a fan of Band of Horses' Ben Bridwell. "I got an e-mail from him, telling me he loved the record and wanted to meet with me and Johnny," he says. "That was actually the day I wrote my professor, and I said, ‘I'm not coming in.’"

The members of the live band that Osborne and Delaware recruited — Corey Campbell (guitar, keys, backing vocals), Jenna Desmond (bass), and Marshall Hudson (drums, percussion) contributed to SUSTO’s new album & I'm Fine Today, which will be released via Caroline. "We just wanted to go further. We started something with the first record, and we want to keep going in that direction," Osborne says of the album, which finds them taking the spacey country rock of their debut into the stratosphere, piling on layers of sighing keyboards, galloping rhythms and frayed, noisy guitar solos atop wistful melodies and lyrics that examine growing up and growing into yourself. “We put the first record out, and we worked hard, and it just feels like a good place to be,” he says, noting that while the first record focused on his own struggles, & I'm Fine Today is more concerned with looking at the world beyond the struggles in your head.

“I’ve learned to appreciate the fact that I just get to be here. It’s all perspective,” he says. “This album is about coming to terms with yourself and feeling okay with your place in the universe."

Born in Jonesboro, GA to a family of 9 children that had little exposure to music apart from a church hymnal, Molly Parden’s career in music is something of a mystery—something that happened to her more than it was ever anything she set out for. When none of her siblings took a particular interest in music at a young age, Molly inherited a violin built by her great uncle when she was 8 years old, discovering her lifelong love for music through the haunting simplicity of melodies long before she ever heard pop music, picked up a guitar, or started singing songs of her own.

Molly moved to Nashville in the spring of 2013 after 3 years of growing in the lush songwriting community of east Atlanta, and soon discovered she could pay her bills as a singer, providing her memorable and uniquely captivating harmony vocals on over 50 records in just a few years. Though she rarely performed her own songs live, her increasing number of fans and champions—everyone from her mom to her fellow songwriters in Nashville’s vibrant underground—encouraged her to finally make another record of her own.

What resulted is a voice that is as haunting as it is comforting, beautifully raw and yet effortlessly just out of reach—a disarming union of aloofness and intimacy that runs throughout her songs, lulling the listener with its cadence of melancholic melodies and searching phrases that whir in your head long after her songs have gone silent.

But for all its unapproachable beauty, the heart of Molly’s music is humble and profoundly human. They are songs that remind us that heartbreak isn’t simply another marketable human emotion, but is more like a familiar place—a sacred space within all of us. We are all born with a deep sense of loss, and great art has a way of articulating the personal tragedy inside of us. It makes listening to Molly’s songs feel like falling into a dream or a distant memory— a beautiful reminder of something we’ve known all along