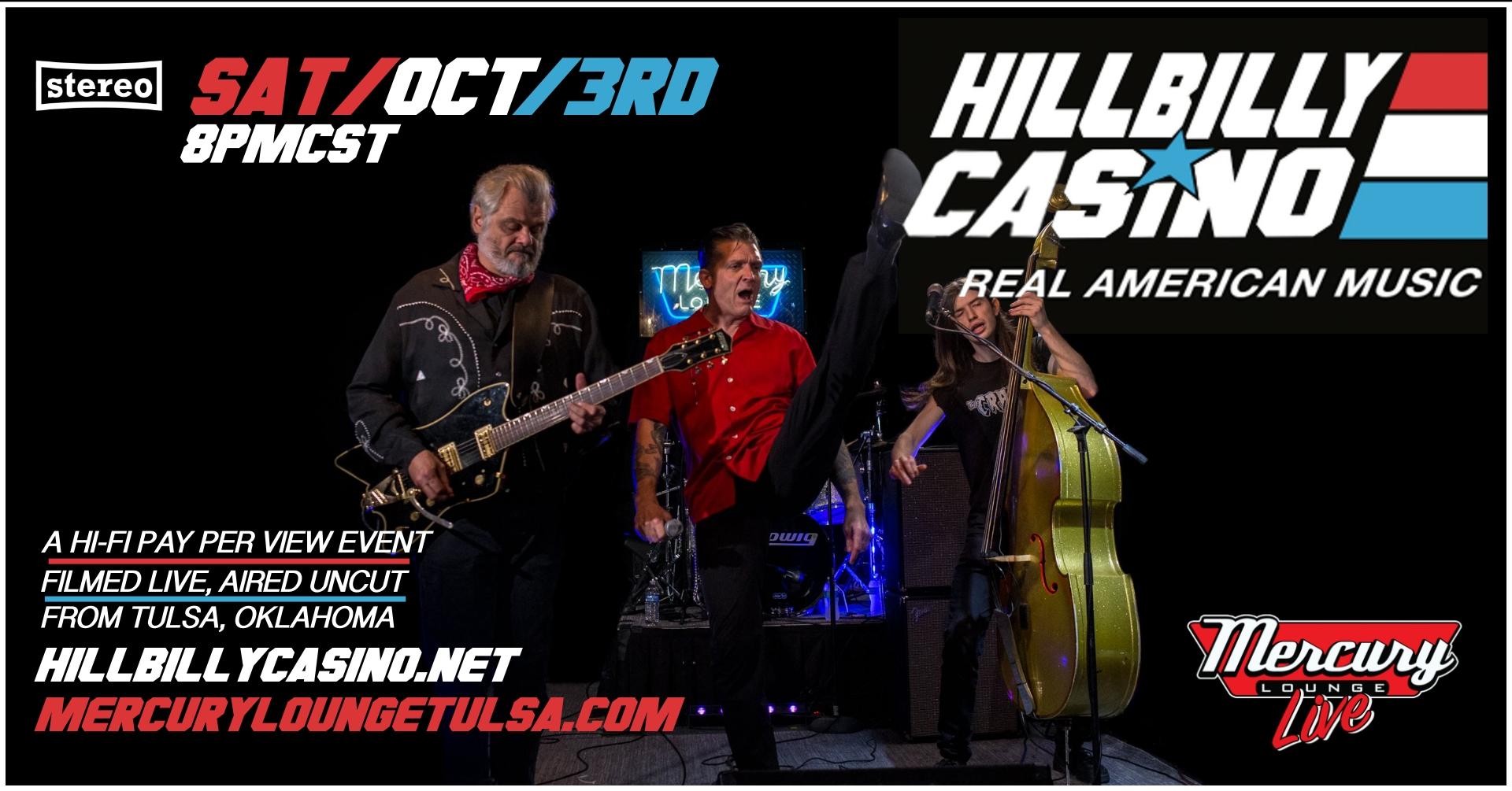 In a town known more for generating pop country ‘hat acts’ and contemporary Christian music, there is a storm brewing. Small independent bands with no management, booking, record labels (or even local media support) are changing the way people think about Nashville Tennessee.

Now they’ve got three full length CD’s under their belt. ‘Sucker Punched’, (Dec.2006), ‘Three Step Windup’ (April,2008) and ‘Hang Your Stockings….. Say Your Prayers’ the band’s Christmas CD (Nov, 2008). Each one totally DIY, produced and engineered by Firebaugh and Dickson and recorded in Andrew Dickson’s garage, lovingly known as ‘Studio D’. Each CD blends elements of honkytonk, rockabilly, psychobilly, and straight up rock and roll. Every member of the Hillbilly Casino brings their own special flavor to the band, from Nic’s background in hip hop and rockabilly, to Geoff’s love of old school punk rock and ska, and you’ll find elements of all of this in every Hillbilly Casino record and show. 2008 also saw the release of ‘Buy-in’ a full length Documentary by Doug Farrar at Rockstep Creative. Doug followed the band around for over a year, attending dozens of shows, and collecting performance, and interview footage, which he compiled into a revealing look at a band just trying to make a living and have fun.

While you’ll see a lot of bands sitting around waiting to get ‘signed’, the Hillbilly Casino took a cue from bands like Black Flag, Fugazi, and Youth Brigade, booking their own tours, and producing and releasing their own CD’s and T-shirts, and spending hundreds of hours in their old grey Econoline van getting the rock ‘n’ roll out to the people. From thirty minute opening slots, to 3 and 4 hour marathon sets, these boys are gonna bring their ‘A’ game, and you’ll probably get tired before they do.