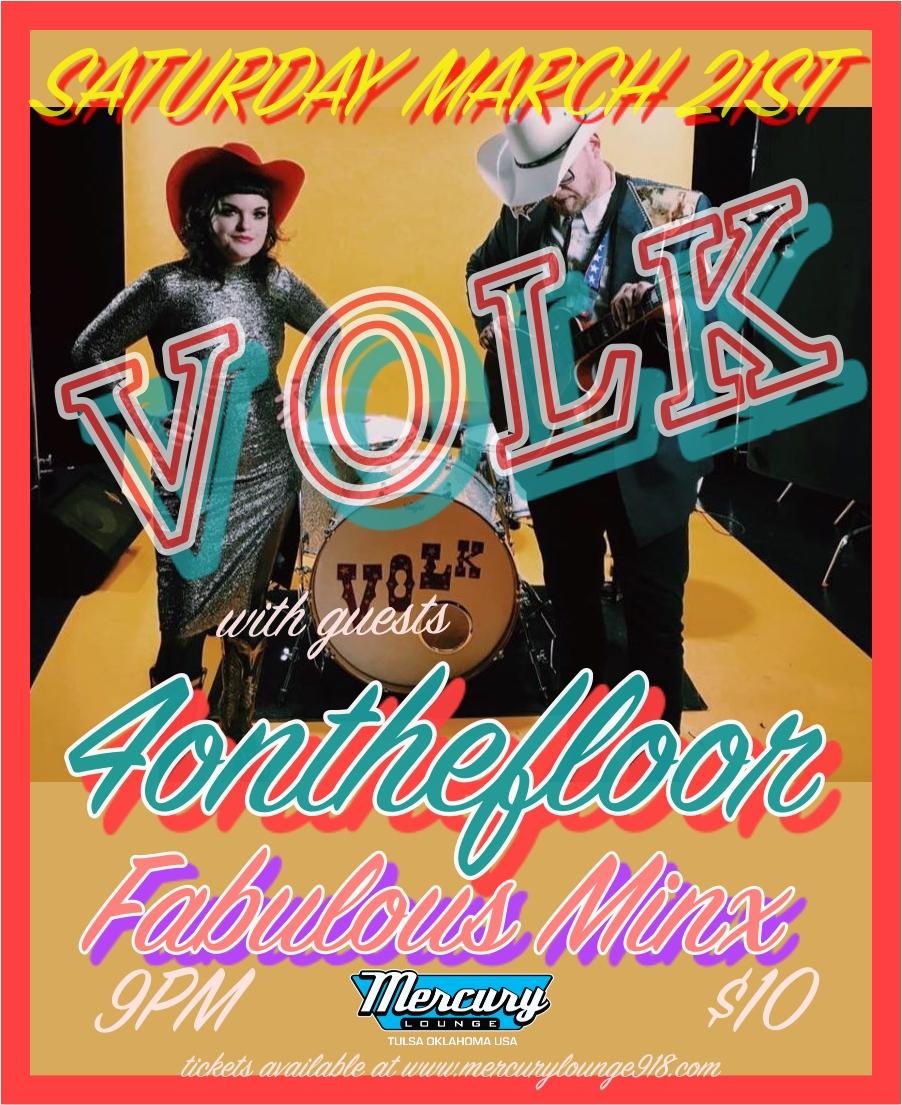 “Volk is one of the busiest local acts you may never have heard of... Average American‘s four songs brim with stadium-size riffs and spunky, soulful singing, distilling an album’s worth of ideas into a punk-length album.”
- Nashville Scene Critics’ Pick

"Nashville duo VOLK could get the gig of house band for a honky-tonk in hell with its gnarly blues riffs, deep grooves, ripping distortion and Patsy-Cline-On-Steroids brand of Country-Western meets Glam-Rock."
- The Charlotte Observer

"It's like hearing real rock n' roll for the first time in years."
- Modern Music Maker

“Nashville-based VOLK follows in the footsteps of Local H, The White Stripes, and The Black Keys, in terms of duos that could level a stadium without auxiliary touring musicians.”
- Pop Dose

Joining together in the name of fun & joy, the 4onthefloor bring their well-oiled, high-octane, rock’n’roll to the world with an immediacy rarely seen on stage in the 21st century. The furious delivery ebbs and flows with sing-a-long anthems and breakdowns to soaring guitar solos and unbridled full-bore rock. Camaraderie is a common theme, and stompers are finding like-minded rock’n’rollers at every show.

Hailing from Minnesota, they take the heavy road route, grooving in the tracks of so many rubber to the road musicians before them. Following in the footsteps of some of the band’s influences, being on the road plays a large role in the writing. The merriment must come from all angles, including the stage for a memorable show and the 4onthefloor BRING IT. Douglas writes about experiences, failures, successes, and not-so-much the what-could-have-beens. Life is for the living and this is the soundtrack to a life well-lived. Keep the fire in your eyes.
Saturday 3/21, $10ADV
21 & up