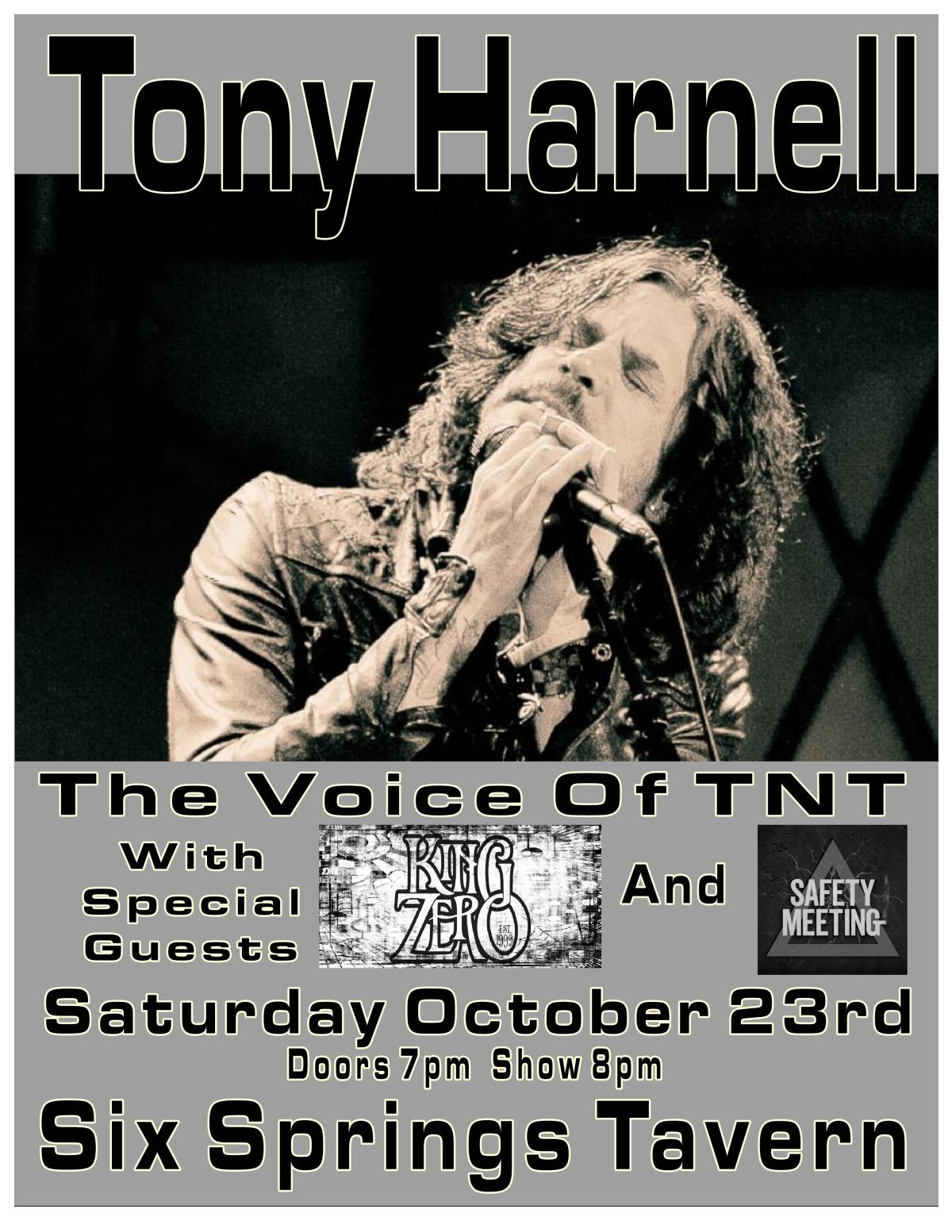 Tony Harnell returns to Dallas for the first time in 30 years for a special acoustic performance.

Tony Harnell is an American rock singer, best known for his work with Norwegian hard rock band TNT. He is also known for his wide vocal range, with his modal voice spanning over four octaves. In 2015, Harnell was briefly the frontman for heavy metal band Skid Row.

You know those records that become secret, and in some cases not so secret, indulgences and guilty pleasures? The ones that you crank at maximum volume that make you put your foot down a little harder on the accelerator while you’re in the car by yourself and break out a beer and sing-a-long too at home when you’ve got the house to yourself? Yeah, you know the kinds of records that I’m talking about, the records that make you want to jack your job in, spend all your savings on a ’67 GTO and just drive until there’s no more road left to travel down? King Zero’s Sonic EP is one of those records, and hot damn, it’s one of the catchiest slabs of hard rocking Black Sabbath, Grand Funk Railroad and Black Oak Arkansas inspired tuneage to have emerged from anywhere since the death of the age of the muscle car. The only problem I have with Sonic is that’s too damn short. Four tracks is nowhere near enough, I need more King Zero. A lot more. Seriously folks, you need to check these guys out and you need to check them out NOW… Tim Cundle

In a time where rock and roll seems to only fall into two distinctive categories, candy sweet pop rock and ear-splitting heavy metal, the musical emotion of King Zero defiantly stands apart from both genres. Bringing a sound reminiscent of the music you grew up hearing, yet still originally fresh and inspiring, the five individuals who make up the band blend a diverse and varied background into their own unique alternative sound. – Digital Darkness

Texas Rock-n-Roll outfit King Zero’s latest single “Drive” brings back the era of straight-ahead riff-driven rock accompanied by heartfelt lyrics, melodic hooks, well-crafted songwriting, and soulful vocals that is reminiscent of artists like Tom Petty, Eagles, Faces, and with a flare of Ryan Adams. It’s King Zero’s simplicity and dynamics that’s the real treasure here. It feels as if you stumbled into a bar circa 1976 and discovered your favorite new band. – Derek Sitter