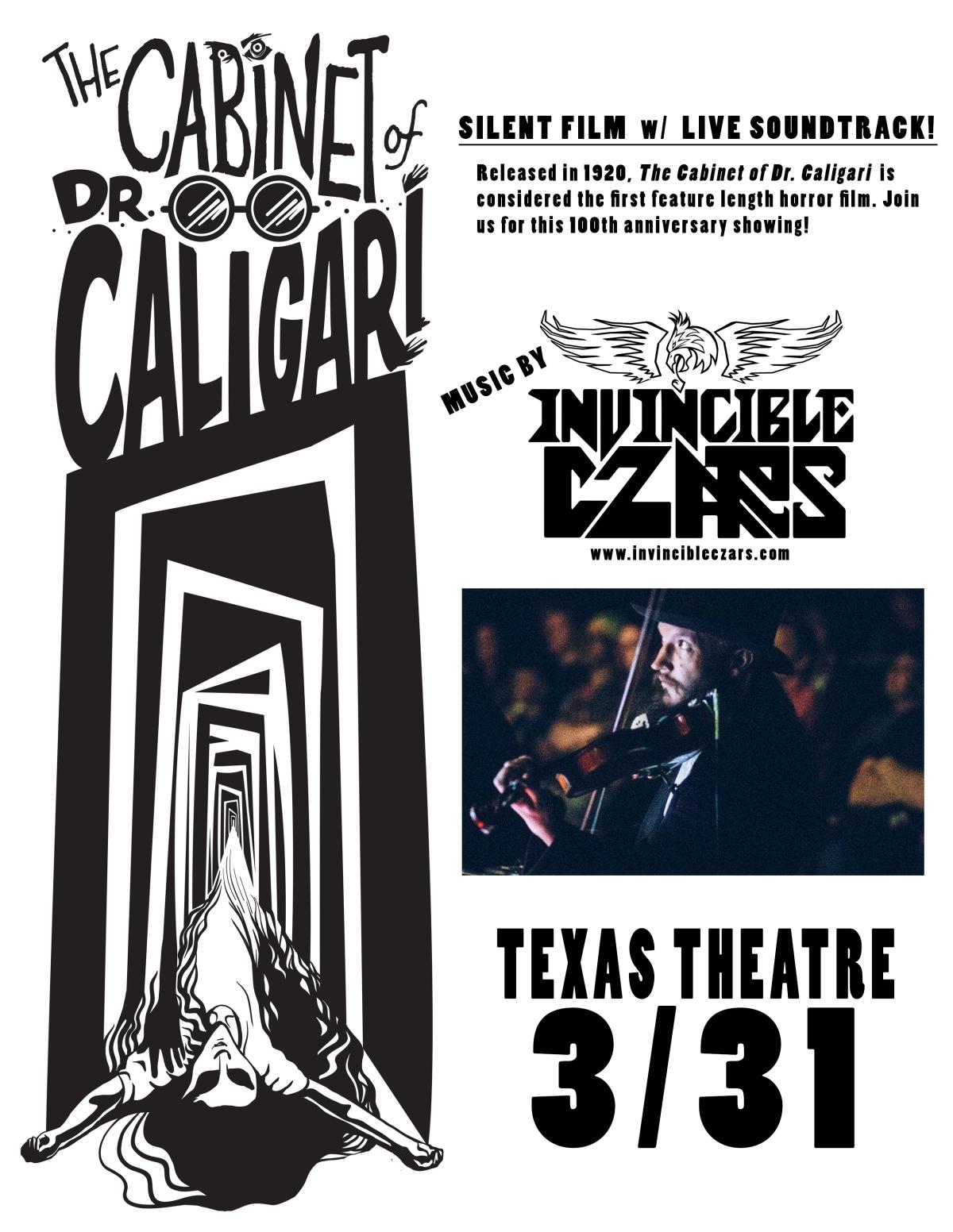 The Cabinet of Dr. Caligari - LIVE SCORE by THE INVINCIBLE CZARS

WHAT
The Cabinet of Dr. Caligari - LIVE SCORE by THE INVINCIBLE CZARS

In celebration of the 100th anniversary of the German silent film The Cabinet of Dr. Caligari (1920 F.W. Murnau), Austin’s most adventurous band, The Invincible Czars, have created their own tastefully modern score for the picture.

Dr. Caligari is one of the silent era’s most beloved and enigmatic works. It considered by many to be the first German Expressionist film and the first great motion picture in the horror genre. It is the first movie to incorporate surrealistic production in such and all-encompassing way with quirky sets, angular shadows and creepy make-up.

It tells the story of a mysterious traveler who arrives in a small village to showcase his Somnabulist (sleepwalker) in the local fair. Shortly thereafter, a series of murders lead the narrator, Franzis, and his friends to believe Dr. Caligari and his sleepwalking assistant may be responsible but something’s not quite right and the conclusion is quite surprising for 100 year old movie.

The band employs a mix of acoustic, electric and synthesized instruments including violin, glockenspiel, organ, vocals, loops, electric guitar, bass. It’s quite a sight to behold when performed live by only four players!

The band has borrowed music from classical composers for past scores and Caligari is the first time they've strayed from that formula. It’s also their most collaborative work in nearly decade with contributions from each of the group’s touring line-up and their co-composer Henry Q Vines.