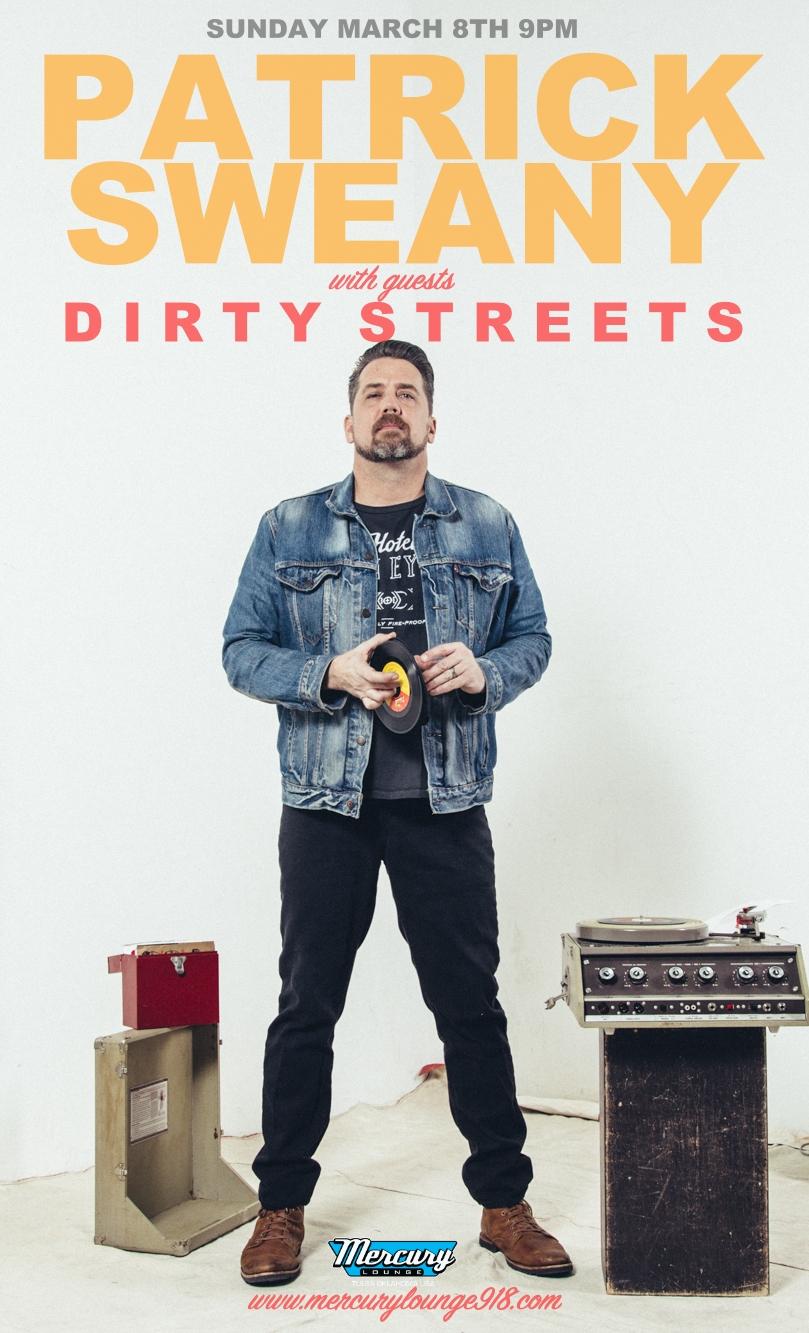 Sweany recorded the new tunes with GRAMMY® Award-winning engineer/producer Matt Ross-Spang after Ross-Spang invited Sweany to check out his new homebase at legendary Sam Phillips Recording in Memphis. The studio that Phillips had custom built in the 70s has been meticulously refurbished by the Phillips family.

“Sam Phillips Recording is the best place on earth to record a rock ‘n’ roll album,” says Sweany. “I live for going into the sessions with no pre-production rehearsals with the band, we just cut the album on the floor of Studio A song-by-song.”

For the sessions, Sweany recruited longtime collaborator Ted Pecchio on bass (Doyle Bramhall II, Col. Bruce Hampton) and ex-Wilco drummer Ken Coomer both from Nashville. When Sweany needed some organ on a song, Ross-Spang got in touch with Charles Hodges, a veteran Memphis session player best known for playing with Al Green on all of his seminal records.

Hodges fit in so well, he ended up on nearly every track on Ancient Noise. “Charles truly elevated the entire experience,” says Sweany. “In fact, when we met on the first day of recording, Charles led us through a prayer before we had even played a single note together. I’m not particularly religious, but I have to say that was quite the experience and really set the tone of the album. The music is refined, emotional, and I was taken out of my comfort zone many times, which leads to the magic you’re looking for when the tape is rolling.”

The record opens with two tracks (“Old Time Ways” and “Up & Down”) that recall the howling vocals and raw guitar work that first put Sweany on the map over a decade ago.

However, getting out of his comfort zone meant reimagining a lot of the songs Sweany had penned for Ancient Noise, none more so that the third track “Country Loving.”  With Hodges’ grand piano front and center, Sweany croons like a young Tom Waits about long-term relationships, the stresses, the simple pleasures, the building of memories. It’s the most vulnerable song he’s ever recorded - and it heralds a new confidence in taking risks.

That confidence pushes through the rest of the record, where Sweany and the band delve deep into Allen Toussaint-style funk on “No Way No How,” the organ fueled “Get Along,” and “Cry Of Amédé,” which touches on the life of Amédé Ardoin, a brilliant, pioneering Creole musician who was brutally beaten in 1934 for accepting a hankerchief from a white woman.

Other tracks recall even wider influences: “Outcast Blues” has a bluesy lurch that recalls The Stones’ Exile On Main Street; “Play Around” has an early 60s do wop feel, and album closer “Victory Lap” ends with a raving coda that would make Bob Seger proud.

Ancient Noise is Patrick Sweany’s eigth full-length album, and it finds Sweany in top form, willing to push himself stylistically to great effect. The record came out on Nine Mile Records on May 11, 2018, and debuted at #3 on the Billboard Blues Chart

Dirty Streets really do take it back to the streets with their unique style of music. The band pulls from a soul blues variation, combining it with a funky rock boogie vibe. Put it all together and The Dirty Streets really have something fun for your listening enjoyment. This Memphis band has been a mainstay in the community since 2006, and the trio looks to continue this well into the future as the band evolves and grows while also staying true to the unique style it has developed.

The band was formed back in 2006 thanks to the mutual love of Humble Pie, Led Zeppelin and Cream shared by the eventual bandmates. Justin Toland, the guitarist and lead vocalist, Thomas Storz, the bass guitarist, and Andrew Denuam, the drummer, wanted to create a unique style that both paid homage to not only their favorite forms of music, but also the history of Memphis music in general.
When the band formed in 2006 the trio worked together to write original tunes while also covering favorite songs. However, the band didn’t decide to go into the studio to record their own album until 2009. “Portrait of a Man” became The Dirty Street’s first official album, which they recorded in town. They eventually moved over to Ardent Studios and recorded their second album “Blades of Grass” in 2013. Two years later, the group recorded “White Horse” again at Ardent Studios.The Dirty Streets have grown their popularity beyond just the Memphis city limits. Yes, you can often find the band back home performing, but it doesn’t stick to just Memphis, or even to Tennessee. During the band’s most recent tour, it performed in cities such as New York; Chicago; Austin, Texas; and Oxford, Mississippi.

If you want to follow the band and all of its upcoming shows, you have a number of options. First, you can check out Facebook or Instagram. Here you’ll find the most up-to-date listing of tour dates and insights from the band. The band doesn’t heavily promote itself across social media, but Facebook is the best general spot to connect with The Dirty Streets.