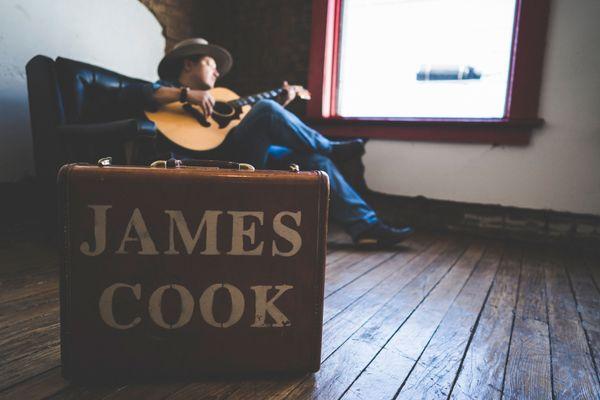 Momentum began to build for Cook after he won the 2015 Rattle Magazine Songwriter Award who went on to say "“...truly an original Americana artist, with the twisting of genres that blossom into his own invention. He incorporates the country, rock and blues, with a dash of grit and salt that makes the hairs stand on end when you hear him play. You can feel it in his writing that he pours over every word in detail until it's perfect.”  He was also a finalist for the Blue Light, Larry Joe Taylor, and Texas Music Pickers competitions.

Since then, Cook has released two albums and has been touring these past years with his band with a raw, energetic show that has opened doors like the Outlaws and Legends Festival, MusicFest in Steamboat Springs, Colorado, 2019 Ranch Bash in Ft Worth, TX three Top 40 singles on the TRRR Charts.