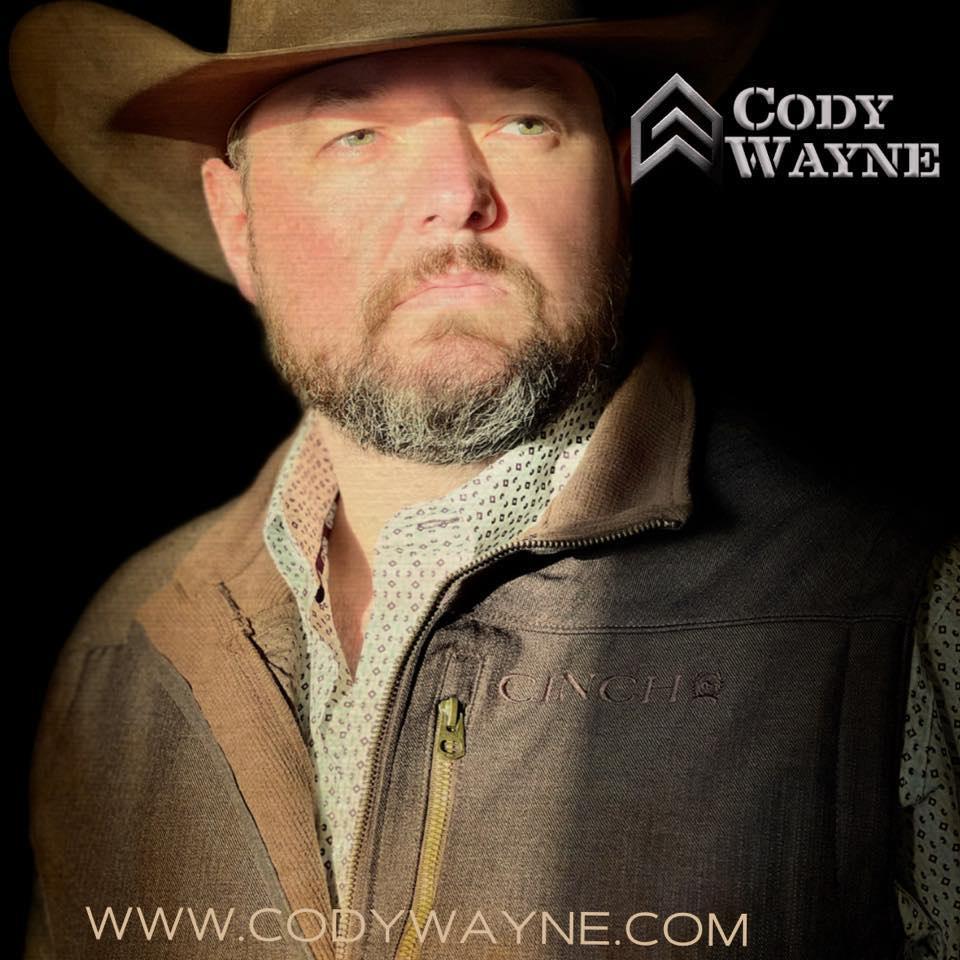 Cody Wayne got his start in entertainment as a United States Marine stationed overseas in Iwakumi, Japan. He learned to play the guitar from his roommate, Ryan Turnipseed, on his off time. Singing had always come naturally to Cody, but he discovered a latent songwriting talent while entertaining his comrades in the Corps. Cody’s songs are heartfelt and reminiscent of his deep country roots in East Texas, the place he still calls home.

Today, you’ll usually find Cody on the road or up on stage. “A full-blown country-red dirt-high energy concert. Cody and his band raise the bar and bring a party with every song. Cody is wildly talented, energetic, and thrives on entertaining crowds of all ages.” That’s how fans describe a night with Cody Wayne. Cody satisfies both current and classic country music fans with his impressive portfolio of original, hit music plus superb renditions of country music standards from Hank Williams Jr, Garth Brooks, Zac Brown Band, and many more. A repertoire of medleys and sing-a-longs that engage the audience separates a Cody Wayne show from all the others. During his live shows, Cody uses a wireless microphone to free himself to run about the stage and to engage the crowd, adding energy and arena rock theatrics to spice up a normally staid country music concert or dance hall. No small wonder he’s been awarded Entertainer of The Year the past three years in a row! Every show includes top rock ballads and country hits spanning the last four decades, and Cody Wayne’s growing list of original music has captured a devoted fan base.

Cody is now an entertainment staple in Texas, thanks in part to his intense performance schedule, and to his continued presence on the Texas Regional Radio Report and the CDX TRACTion Texas music chart. His Texas radio singles, including Makin’ Love In The Moonlight, Footprints On My Windshield, Take Me Drunk, Fly High, and Addicted all achieved outstanding chart performance, earning Cody well deserved respect throughout the country music industry. His current radio single, Good Ole Country Song is the first song released off his new, self-titled, debut album.