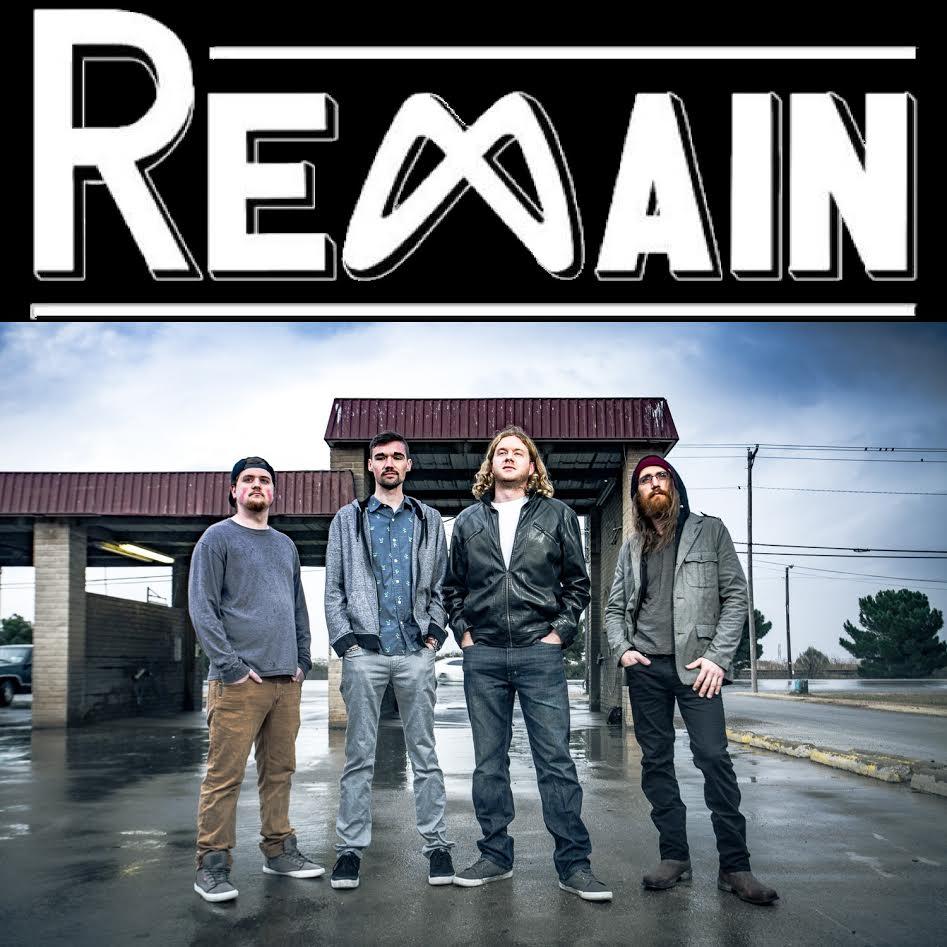 Remain is an American Rock band from Denton, TX. The band played its first show at the Labb in Denton on August 16, 2014. Since then, they have honed a powerful, poetic sound composed of bar-rattling jams and rock anthems.

In the Fall of 2015 Remain recorded their debut EP "The World Beyond." The EP was recorded at Reeltime Audio in Denton, TX with the Grammy-award- winning producer/engineer Eric Delegard.

In March of 2016 the band secured management by signing with Robert Speed Productions and "The World Beyond" went on to have singles featured on local stations DentonRadio.com as well as 97.1 The Eagle. In addition, the single "Speed" was featured on The Deuce Radio Shows originating in the UK and was featured on multiple radio shows in Europe, Australia, and North America.

In the Summer of 2017 Remain released the single "Millennial Nation" which aired on multiple radio shows worldwide.

In 2018 Remain's single "Millennial Nation" was picked up by Bongo Boy Records. The single was added to the labels' album "Alternative Rock MachOne;" a release that was distributed to the Asian and other worldwide markets. In conjunction with their first label release, Remain was named by The Dentonite as one of Denton's 15 Music Acts Making Moves in 2018!

In 2019, Remain underwent a lineup change and committed to redefining their sound.  An entire year was spent, funding, writing, regrouping, and finally returning to Reeltime Audio  to complete their first full-length album entitled "Millennial Nation" to be released in 2020.

Things seen are temporary, only unseen things will Remain.