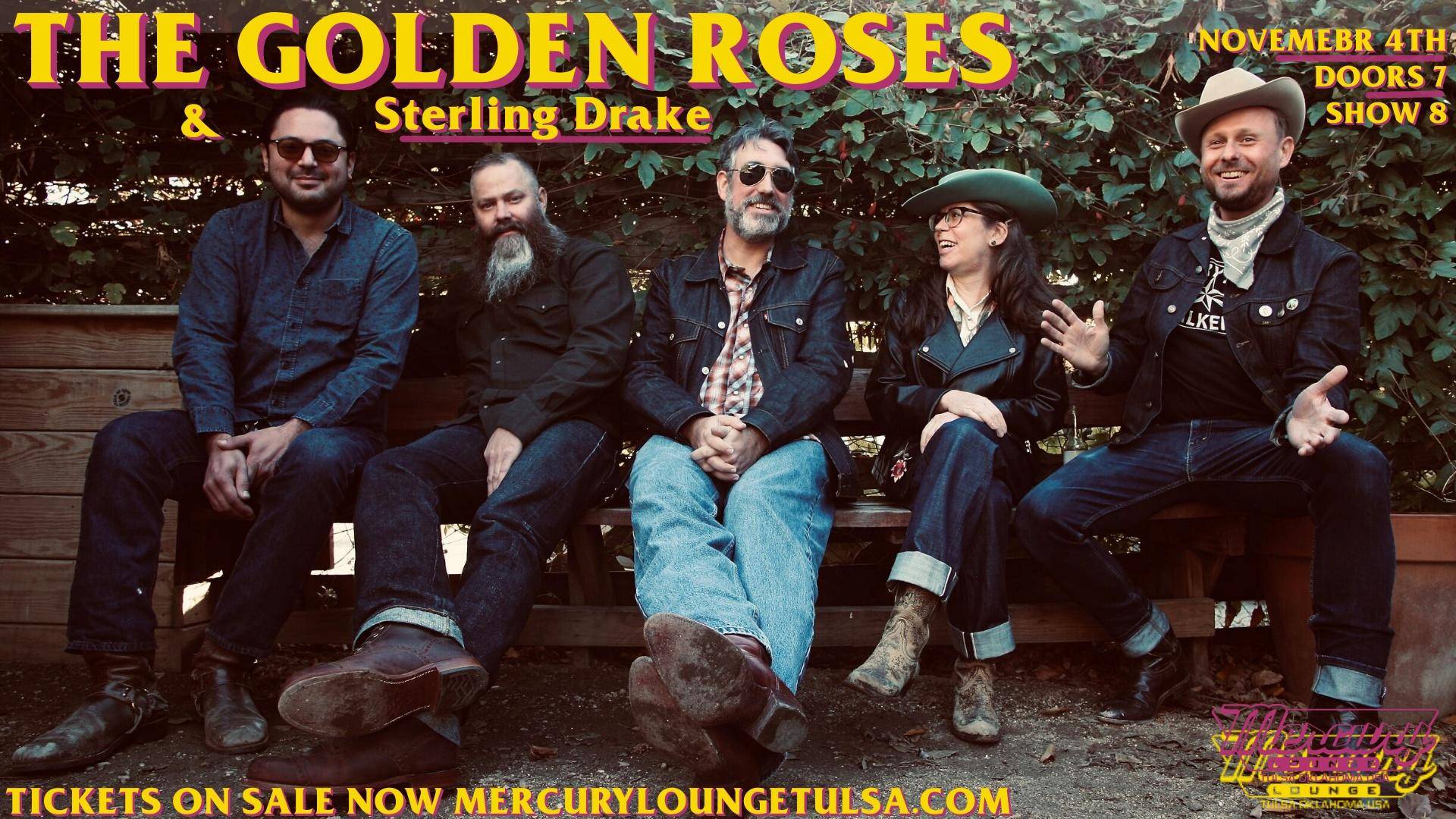 The Golden Roses with Sterling Drake at Mercury Lounge

Combining Lone Star tradition, respectful originality and road-tested western swing, the Golden Roses’ second studio album, “Devil’s In The Details,” chronicles the trials and tribulations of life experiences on and off the road paired with seamless harmonies and sharp, nostalgic songwriting. Recorded at yellow DOG Studios in Wimberley, TX, the album was produced by Grammy Award winner Adam Odor and features twelve original tracks penned by front man John Mutchler. The Golden Roses, which features Mutchler (vocals, guitar); Heather Rae Johnson (fiddle, backing vocals); Troy Wilson (bass, backing vocals) and Shawnee Rose (drums), also enlisted help from Mike and the Moonpies’ Mike Harmeier (harmonies) and Zachary Moulton (pedal steel).  “Not only are we all inspired by the Texas dancehall classics — Johnny Bush, Ray Price and people like that — but also by Jerry Jeff Walker, Doug Sahm and all those guys who kept the tradition but did whatever the hell they wanted with it,” Mutchler explains. “If anybody asks what the Golden Roses are about, it’s me playing music with some of my closest friends. And when people ask me what we play, I tell them that we play Texas country music. There’s this great line in Jan Reid’s book The Improbable Rise of Redneck Rock that says  ‘Texas country music is just a little more ornery and kinda off to the side.’ I read that and thought, ‘Shit man, that’s us. That’s the Golden Roses” a little bit ornery and off to the side.”
Every note that came out of those sessions is a gembrimming with honky tonk, bluegrass and rock and roll sensibilities. Lyrical heartbreak and humor. It’s not easy to assemble these pieces and bring them to life with a jolt of irresistible rhythm. But that’s just what the Golden Roses does throughout Devil’s in the Details. And there’s a story behind every song. A fan requested that Mutchler write a song with the title “San Antonio By Sundown,” so he did during a drive back to Austin, specifically as an answer to “Amarillo By Morning.” His relationship with his California-born partner inspired the Waylon-tinged “Boy From The East, Gal From The West.” When someone ripped off his favorite hat during a gig, Mutchler channeled his anger into “Song About My Cowboy Hat,” a hilarious account of the crime with a dead-serious warning at the end directed toward the culprit. The music takes us from Bakersfield, CA to any tear-stained bar, from a prison cell to candid, sometimes painful self-reflection. And all of it pulls you out onto the dance floor.