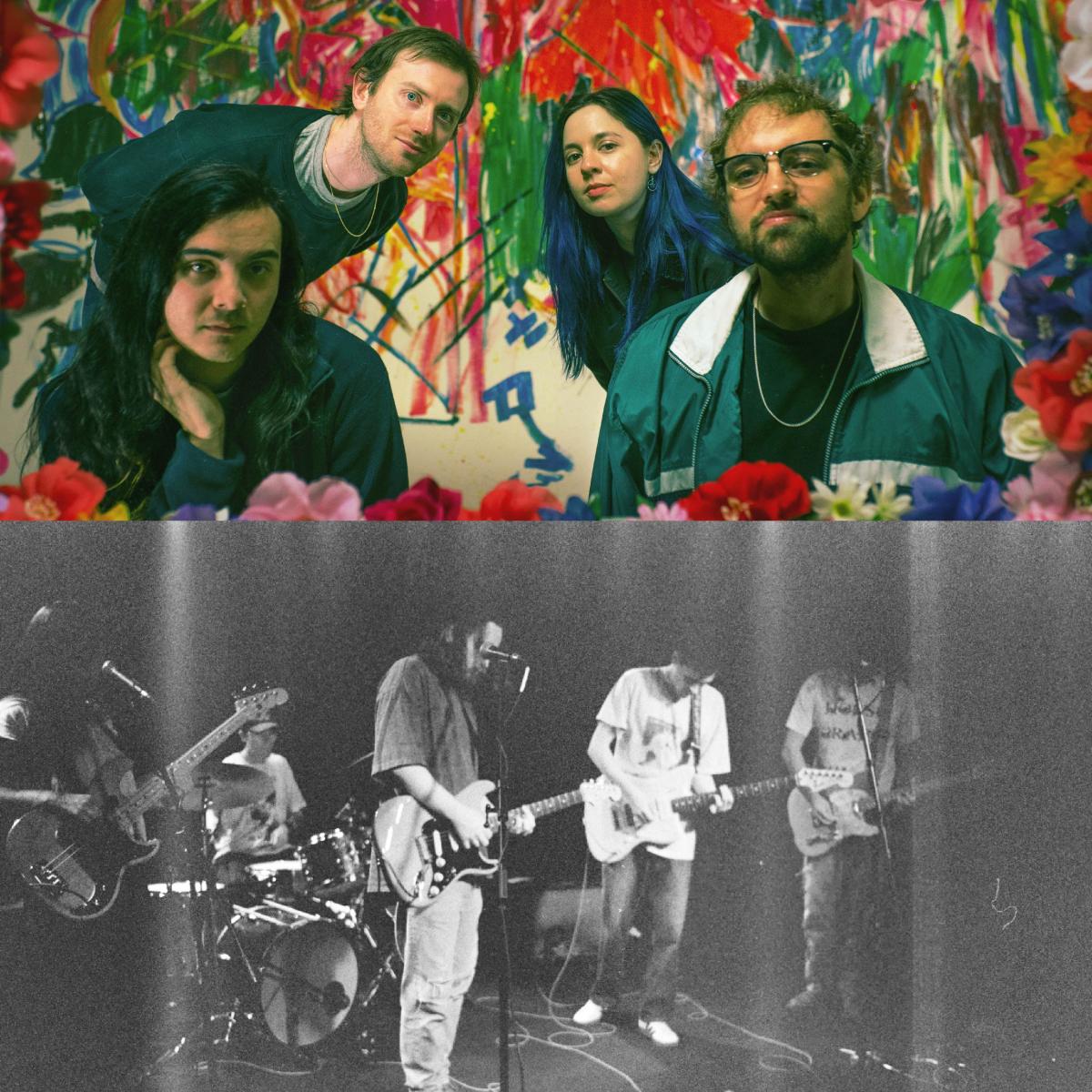 Come along and wake up on the way,” sings Goon frontman Kenny Becker, “orange shapes arrange and change again/quiet Isaac in a mild dream.” The lyric evokes the hazy dreamscape spaces occupied by the band’s new album, Hour of Green Evening. Goon began as Becker’s Bandcamp solo project in 2015. At a friend’s encouragement, Becker compiled the best of his tracks and released them as an EP, 2016’s Dusk of Punk. He recruited bandmates from his college buddies and released a second EP, all the while working on the band’s first full-length, 2019’s Heaven is Humming on Partisan Records, followed by the self-released Paint By Numbers 1, a collection of his mid-pandemic home recordings. The evolution of Goon has come to full fruition on Hour of Green Evening. It’s the band’s most complete statement, engaging all aspects of their sound to stunning effect. The album thrums with mystery, with the half-remembered past hazy as dreams, the mixed sense of comfort and longing for freedom so essential to youth.

“With my first two projects, I was making songs to try to relate to a general population of people,” he says. “For Autopilot, I wrote about my life so they can get a better grasp of who I am.” Much of A-Wall’s identity comes down to a decision he dives into on “Dropout,” an unflinching recollection of the days after he left college to pursue his music career. Coasting over whirring synths, the 23-year-old unloads a devastating portrait of shame: “I told my cousin and my sister not to follow suit/Just look at me, I’m the example of what not to do.” For the hook, he switches from matter-of-fact self-deprecation to a desperate plea for absolution: “Can you love me in my darkest hours, yeah baby please don’t judge me now.”

Swerving between electronic and dazed rock, A-Wall addresses broken love (“Solo”), romantic ambivalence (“Deja Vu”) and self-discovery (“Red & Blue”), threading varied themes and emotions that characterized one of the darkest – and most transformative – moments of his life. Eclectic, open, and unfailingly stylish, Autopilot is a testament to talent and uncompromising artistic vision. It’s also a reminder of why A-Wall is one of the most potent new voices the Lone Star state has to offer.

Before he documented existential crises or cemented himself as an artist to watch, A-Wall was born Aaron Paredes. Growing up, he remembers his aunt exposing him to the sounds of Kaskade and Deadmau5 as she drove him to school in El Paso. In middle school, he first discovered his passion at an EDM music festival. “I saw how songs could move crowds of people,” he says. “Everybody was just sharing an experience, and I remember staring up at the stage like, ‘Yeah, I wanna do this.”

Using FL Studio, A-Wall began concocting his own EDM beats through high school. By that time, the self-described class clown had also absorbed the sounds of Kid Cudi, Kanye West and Tyler, The Creator. Once his friends found out that he made music, they joked about the idea of him becoming a SoundCloud artist. But soon enough, that joke would become reality. After deciding he’d add his own vocals to his music, A-Wall began writing songs in his car before eventually looking to record the tracks.

Because the $60 an hour price tag for studio time was steep for a high school student, he eventually sold his grandfather’s 1958 Ford Thunderbird so that he could build his own home studio where he learned to record, mix and produce his own songs. The feedback was promising. “I would take those songs back and show my friends and they'd be like, ‘Bro, this is actually fire. You need to release more.’”

It would take a little while, but by his senior year, his talent had crystallized and he dropped Verano, a project laced with the same melodic stylings that would eventually propel him to the spotlight. He threw a release party at his house to commemorate the occasion. A-Wall hadn’t planned on seriously pursuing a music career, but when Spotify put songs from the project on a playlist, things began to change. People across the country began to discover his art and would eventually follow him on social media. “That told me that people really related to my stuff,” he remembers. “That was the first time where I was like, ‘Wait, I can probably do something with this.’” And he did.

Since then, A-Wall’s only leveled up. In 2021, his wide-eyed 2019 single “Loverboy” blew up on TikTok, helping the track earn hundreds of millions of streams and make him an inadvertent viral sensation. Meanwhile, projects like 2020’s Helios and Primavera (with CHROMA) only reinforced his status as a compelling all-around songwriter capable of exploring emotions with nakedly human sensitivity and inimitable style. A-Wall only reaffirms those gifts with Autopilot, an album he says speaks to the experience of starving artists. “So many people have trouble telling their family that they want to follow their dreams,” he says. Chasing lofty artistic aspirations can be even more complicated for someone like A-Wall, the first-born grandson in a family that immigrated to the U.S. from Mexico years ago. Before he dropped out of college, something as risky as a music career didn’t feel like an option. After all, he didn’t want to let down his family. Now, having sorted through his internal struggles, he’s freer than ever, and the release of Autopilot symbolizes both a new commitment to winning big and dreaming even bigger.

Looking ahead, A-Wall is all set to embark on his own headlining tour this fall. A little bit further in the future, he wants to launch his own music festival in Dallas so he can bring people together like the DJs who inspired him years ago. As a teen, he had doubts about a music career, but over time, he’s turned troubling thoughts into art, ideas into goals and aspirations into a growing legion of fans. A-Wall hopes his songs can make him one of the world’s most iconic artists. The road there isn’t easy, but neither was the path to Autopilot.

“There's gonna be times where you’ll lose hope and you’ll want to give up. Maybe you just need to take a break and that’s okay. As long as you keep working, believe in your path, I think you can achieve anything in life,” he says. “You just have to keep your head up.”