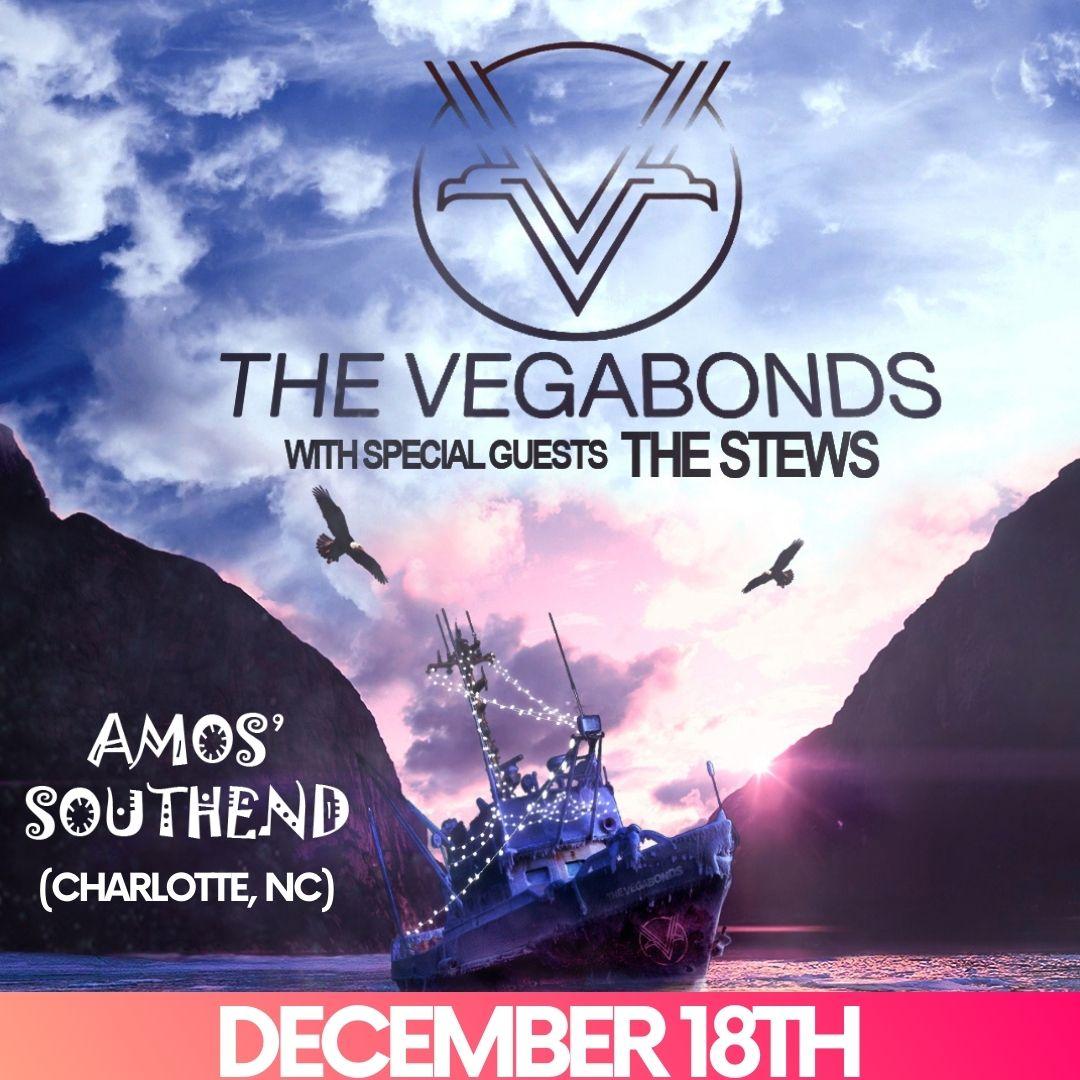 Come see The Vegabonds as they return for their winter tour to the Queen City on Saturday December 18th. Doors 7:30pm Show 8:00pm with opening performance by The Stews

The Vegabonds are forging into their second decade spreading the gospel of pure New South Rock. With a sound reminiscent of Tom Petty & The Heartbreakers mixed with the grit and twang of the Allman Brothers Band, The Vegabonds deliver a sensational performance, with powerhouse guitar riffs and impactful songwriting, night after night. Their hard work and unbridled talents have not gone unnoticed; the group has opened for such notable acts as Lynyrd Skynyrd and the late Gregg Allman and delivered rousing performances at festivals like Peach Festival, Sweetwater 420, Magnolia Fest, Sunfest and Taste of Randolph. In addition to countless dates throughout the Southeast, the band has toured Europe three times, played multiple dates in Canada and have visited every corner of the US.

The Stews’ sound takes inspiration from many different genres, styles and moods across a wide range of music. Consisting of four members, Preston Hall (Lead Vocals, Lead Guitar), Blake Dobbs (Rhythm Guitar), Bennett Baugus (Bass Guitar) and Wyatt Griffith (Drums and Backing Vocals), the band formed in the fall of 2020 in Auburn, Alabama. With very diverse influences, the music created by this group of young, creative musicians is enjoyed by people of all walks of life. On April 15th, 2021 The Stews released their first collection of music: a five song, self-titled EP, recorded at F.A.M.E. Studios in Muscle Shoals, Alabama. It was well received by listeners, leaving the band excited for what the future has to hold.

All tickets are non-refundable.