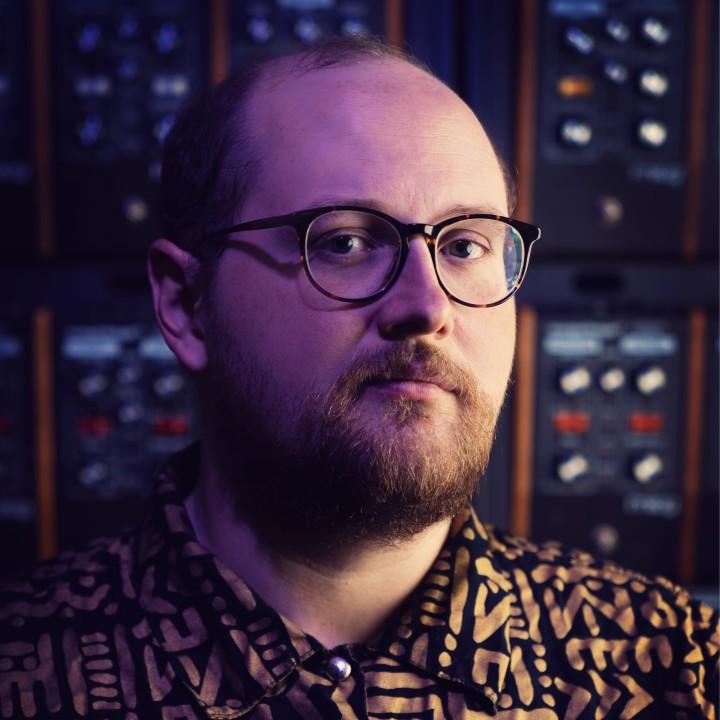 How do you make something solid, beautiful, and built to last in a time of cultural chaos and personal doubt? With Mystic Familiar, Dan Deacon gives us the stunning result of years of obsessive work, play, and self-discovery. It’s at once his most emotionally open record and his most transcendent, 11 kaleidoscopic tracks of majestic synth-pop that exponentially expand his sound with unfettered imagination and newfound vulnerability.

Since 2015’s Gliss Riffer, Deacon has branched out from his core body of work as a popular recording artist into a dizzying array of collaborative projects: scoring eight films, including the feature documentaries Rat Film and Time Trial (both released as LPs on Domino Soundtracks) and HBO’s Well Groomed; collaborating with the New York City Ballet’s resident choreographer Justin Peck on the dance piece The Times Are Racing; performing expanded arrangements of his music with the Baltimore Symphony Orchestra; and for the first time producing and co-writing an album by another artist, Ed Schrader’s Music Beat’s alt-rock dynamo Riddles.

But as varied and fulfilling as these projects were, they all lacked one thing: Deacon’s voice. And in the midst of that whirlwind of activity, he returned whenever he could to a personal oasis -- the songs that would become Mystic Familiar, informed by all these collaborations but built from within. Propelled by the unprecedented response to Gliss Riffer highlight “When I Was Done Dying” and the exquisite-corpse animated video that vividly amplified that song’s narrative odyssey of multiverse-traveling post-life energy, Deacon’s writing took an exploratory new direction. He further developed this new material with daily prompts from Brian Eno’s deck of Oblique Strategies and the use of meditation to access that inner well of creativity David Lynch describes in Catching the Big Fish. These techniques, in tandem with his newly adopted therapeutic practices of self-compassion and mindfulness, produced Dan Deacon songs that go places far beyond those his music has traveled before -- songs that wield the profundity of a philosopher and the absurdity of a court jester as they paint life as a psychedelic journey brimming with bliss and disruption, darkness and light.