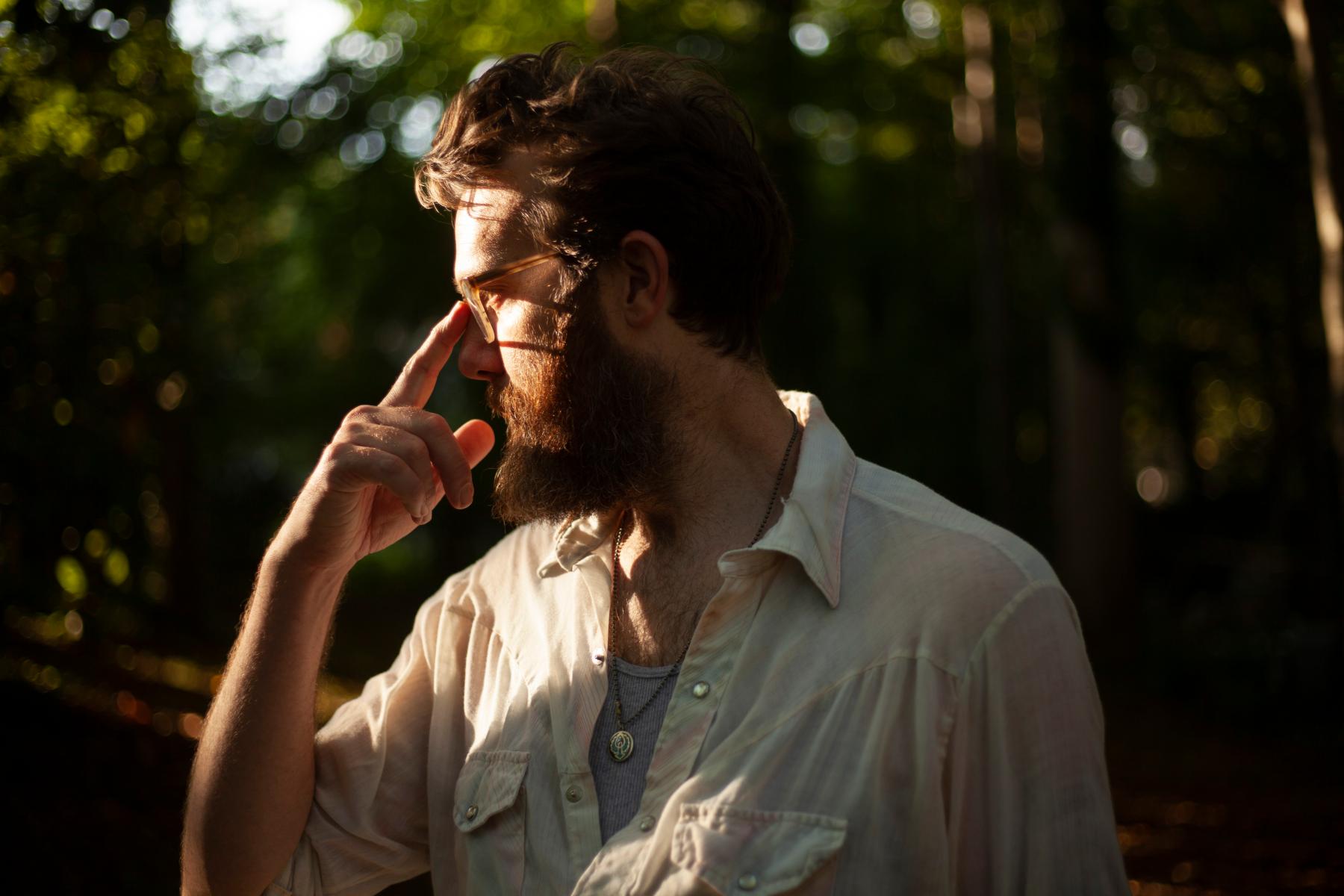 John Mark McMillan is something of an anomaly: an artist and Platinum-selling songwriter bending genres and defying categorization by carving out his own unique and independent path. With an ear for melody and a poet’s eye for metaphor, no topic has been off-limits. While each of his albums over the past decade have continued to eXplore new territory, it’s McMillan’s ability to give lyric and language to the human eXperience that many consider his greatest gift. Mercury & Lightning, his most recent record, reminds us why we love great songwriters; the eXceptional ones find a way to put new words to private musings and desperate feelings until the songs themselves begin to live in our bones.

The vibe and tone from each song on Mercury & Lightning will mesmerize, but it’s McMillan’s voice that draws you in and makes you feel as though you’ve entered a conversation you want to stick around for. Recorded just outside of Portland, OR at Feng Sway Studios over 18 months with close friend Gabriel Wilson and longtime bandmate Jesse Proctor, this is the kind of record that your kid usually discovers before you do - something progressive yet accessible. Borrowing from their childhood influences, they bring elements of 80’s rock and 90’s R&B together, somehow making the record feel both modern and uneXpected.

The album title was pulled from Roman mythology. “Mercury is the god of financial gain, commerce, communication, travelers, boundaries, luck, trickery and thieves”, says McMillan. “If something is hard to catch, understand or lock down, it's known to be ‘mercurial’ or ‘like Mercury.’ The story of the new record begins with a conversation about all the things we run after, give our lives to - even die for - that often seem so mercurial and mysterious.” McMillan would know; this being his 7th studio album, each new record seems to reveal a man chasing a new set of questions we should have been asking ourselves all along.

On the heels of releasing his single “No Country” the week before the presidential election, McMillan said, “There was a point when I was afraid to finish this song. I abandoned it multiple times asking myself, ‘How many people really want to hear a white guy singing about being marginalized?’ Sure, I know how it feels to be lonely and misunderstood, but I’ve certainly never been discriminated against. I’ve never been asked and certainly not forced to vacate the luXuries and safety of my middle class suburban situation. So, what am I even singing about? Refugees? Sure. Racism? Yes. Immigration? Sure. Politics? Maybe. Relationships? Aging? Yes and yes. But ultimately I think that the song is summed up in one line: ‘Do you see me?’ It’s the cry of all of us - to be known.”

McMillan is no stranger to success with nearly half a million monthly listeners on Spotify and over 44 million Spotify streams, but he won’t let those things define him. He’s learned a lot about himself since his previous studio album Borderland, which held a Top 15 spot on the iTunes Albums chart and No. 41 on Billboard’s Top 200. “I’ve found that there’s a profound restlessness in the gap between the ideals of youth and the realities of adulthood” says McMillan, “even when, especially when, you get what you wanted.”

It’s this level of honesty and wrestling with where he is during this season of his career and life that compelled McMillan to open up about his struggle with anXiety. “I try to control my world and since that is supremely not possible,” he eXplains, “I get anXiety. I promised myself when I got married that I wouldn't miss a moment with my eXquisite girl, but… I get anXiety. Then we had kids and I swore I wouldn’t let go of a precious second of their lives. They’re such wild birds, and their raucous life and energy bring me outrageous amounts of joy, but also...anXiety. My attempts to control the universe only creates enemies. Enemies with the world, enemies with the ones I love, and I find myself at odds with God and with myself - in trying so hard to have it all the way I want it, I become my own worst enemy. ‘Enemy, love.’, like much of the new record, is about growing up - especially the ‘letting go’ part of growing up. There are just things I can’t know, I can’t hold, and I can’t control. Not to be irresponsible or dismissive, but I’m realizing when I ‘let go’ of my ideals and ego, I also become much better at holding onto what I actually have.”

In 2015, McMillan, who has made a career of rejecting easy categorization and challenging eXpectations, co-founded the independent record label Lionhawk Records with his manager Josh Lujan Loveless. Mercury & Lightning stands to be the third album release from Lionhawk Records with additional releases in the works.

A few of John Mark’s most recent tours include NEEDTOBREATHE’s Tour De Compadres with Mat Kearney and Welshly Arms, co-headlining The Revelators Tour with Josh Garrels, and a three-month US headlining tour supporting his new record with special guests Kings Kaleidoscope and The Brilliance in 2017.

TearFund is a Christian charity, called to follow Jesus wherever the need is greatest around the world. We help communities overcome the worst effects of poverty and disasters – we believe that the same people who face these issues, also have the best idea as to how they can overcome them.

Tearfund works alongside local churches and other locally-based organisations in over 50 countries to help people realise their plans for a better future. In 50 years we've seen millions of lives restored and we won’t stop until poverty stops. Together there's more we can do.