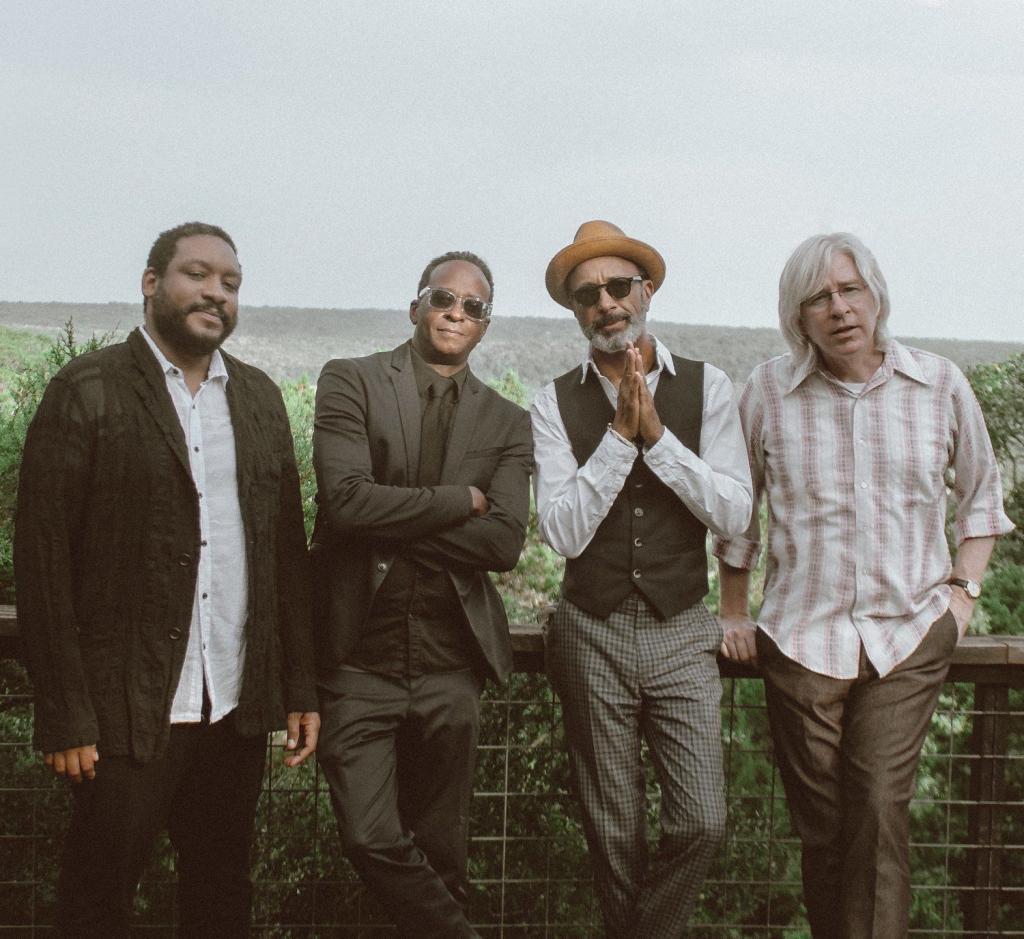 The Reverend Shawn Amos & The Brotherhood

Since 2018’s acclaimed, politically charged Breaks it Down, the Rev has been on the road nonstop. 2019 saw him alighting in Texas, where the South begins, the West ends, and something else is taking shape – a world away, geographically and culturally, from his native LA. Here, he gathered together the Brotherhood, creating a sense of home in his rootlessness. Blade, Thomas, and Roberts provide not only musical, but also spiritual and emotional support for embracing new territory, artistically and otherwise.

“All I’m doing is singing and playing harp,” the Rev says. “I couldn’t imagine making this music with people who are not friends.”

Unlike past Shawn Amos collaborations with Matthew Sweet and Solomon Burke, the Brotherhood is in it for the long haul. “Everybody feels pride of ownership,” the Rev says of Blue Sky. The band has already hit the road and will tour through 2020.

“These songs are really special to Shawn,” says Brady Blade, who previously hosted the Rev’s debut album at his Shreveport studio, and laid down drums. “It’s up to us whether we’re ready to jump in and contribute 150%. If we’re not, it’s not a brotherhood.”

Clearly, from the barn-burning blues stomp of “Counting Down the Days” to the smoky R & B of “Albion Blues” to the rollicking “27 Dollars,” the Brotherhood is, indeed, down.