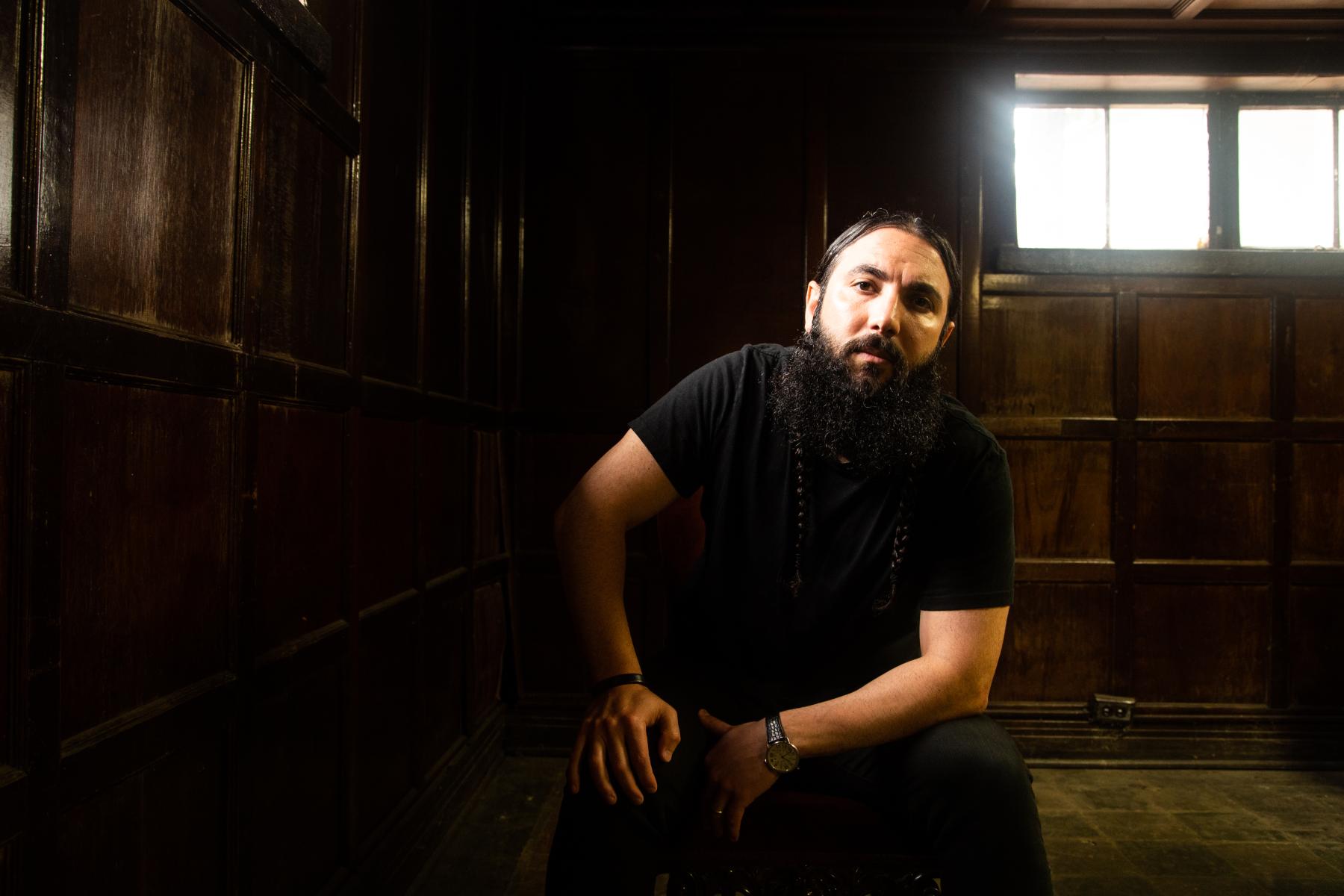 In the months following the release of his critically acclaimed album “Bone Structure,” Nashville-based singer-songwriter, Ron Pope, felt lost. A hometown tornado and a pandemic will do that to a person. Unfortunately for Pope, tangled amongst the rubble was an album release and months of touring that abruptly came to a halt. For an album that he penned while reflecting on his own mortality, it seemed almost apropos.

While his career was put on pause, he effectively became a stay-at-home dad. Slowly, his priorities shifted as he realized that not only could this time be looked at as a gift, but it could be used as an opportunity to reimagine what his life could look like in the future. Why sit in the same formulaic cycle? Why seek validation from places that didn’t care to give it?

In asking these questions of himself, he realized that the community his music created was also seeking answers to similar questions. Weekly online shows allowed free conversations and inspired creativity. Pulling from unreleased songs and reimagined fan favorites, Pope decided to embark on a year of connecting and leaning into the community that has supported him all along.

After completely scrapping early recording sessions for his album Bone Structure (March 6, 2020), Pope set out on a new path, crafting incredibly candid songs directed squarely at his newborn daughter. Some songs speak to her directly and muse on the experience of fatherhood, while others reflect on a personal experience that has a lesson or a moral. Pope's 2017 release, "Work," drew comparisons to Tom Petty and Bruce Springsteen, while also refusing to put him squarely into one category. Uncompromising and relentless, Pope has evolved into one of the top grossing independent acts in the business while garnering a legion of devoted fans the world over. Taking the industry-road-less-traveled and holding fiercely to his independence has proven fruitful for Pope; to date, he has sold out shows on three continents and in more than 20 countries, sold over 2 million digital tracks, has nearly half a billion streams on Spotify, 880 million plays on Pandora, 150 million views on Youtube, and has generally crushed every metric used to measure what is possible for most independent artists.

Pope is currently in the studio recording his next album, which is set to be released in the spring of 2022.

Produced with Jordan Lehning, Dark River showcases Luce’s hypnotic vocals, which share poignant tales of loneliness, isolation and clarity of mind. Her heart-rending personal stories reflect on tumultuous relationships, risky solo travel trips and draw on the experience of surviving the Nashville March Tornado after it ripped through her home in East Nashville.

Luce grew up in a strict musical household where her mother was a professional conductor and did not present learning the violin as a choice. From six years old she excelled in numerous orchestras but knew her path was not that of a professional classical musician. Luce has since found her way back to orchestral music, leading Lockeland Strings, a community arts organization and a showcase of local artists accompanied by string quartet arrangements, alongside performances of new contemporary classical pieces from local composers