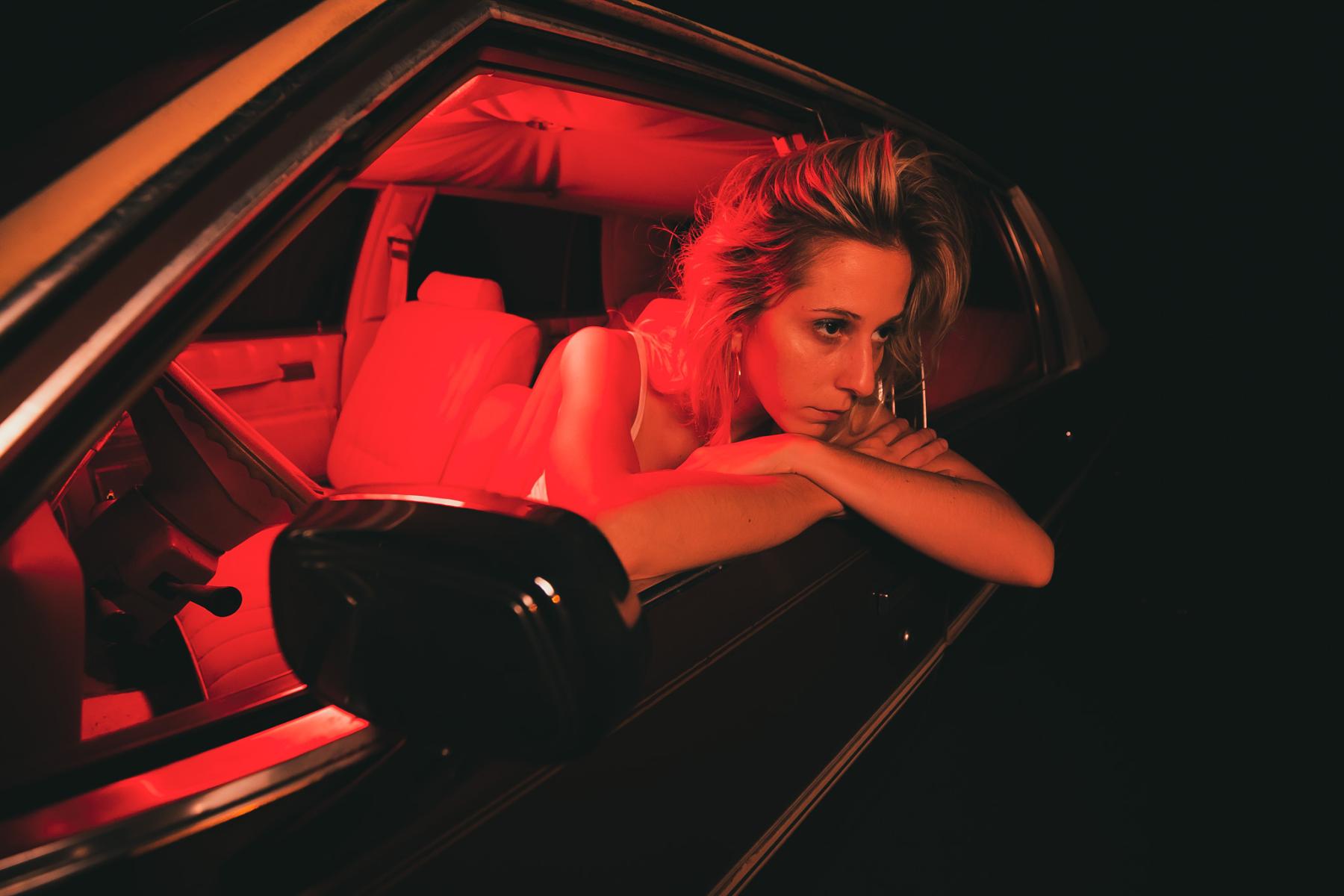 $20.00 Share
Buy Tickets
A very old saying goes that no one saves us but ourselves. Recognizing and breaking free from the patterns impeding our forward progress can be transformative — just ask Bully’s Alicia Bognanno. Indeed, the third Bully album, ​SUGAREGG​, may not ever have come to fruition had Bognanno not navigated every kind of upheaval imaginable and completely overhauled her working process along the way.

“There was change that needed to happen and it happened on this record,” she says. “Derailing my ego and insecurities allowed me to give these songs the attention they deserved.”

SUGAREGG ​roars from the speakers and jump starts both heart and mind. Like My Bloody Valentine after three double espressos, opener “Add It On” zooms heavenward within seconds,epitomizing Bognanno’s newfound clarity of purpose, while the bass-driven melodies and propulsive beats of “Where to Start” and “Let You” are the musical equivalents of the sun piercing through a perpetually cloudy sky.

On songs like the strident “Every Tradition” and “Not Ashamed,” Bognanno doesn’t shy away from addressing “how I feel as a human holds up against what society expects or assumes of me as a woman, and what it feels like to naturally challenge those expectations.”

But amongst the more dense topics, there’s also a lightheartedness that was lacking on Bully’s last album, 2017’s ​Losing​. Pointing to “Where to Start,” “You” and “Let You,” Bognanno says “there are more songs about erratic, dysfunctional love in an upbeat way, like, ‘I’m going down and that’s the only way I want to go because the momentary joy is worth it.’”

The artist admits that finding the proper treatment for bipolar 2 disorder radically altered her mindset, freeing her from a cycle of paranoia and insecurity about her work. “Being able to finally navigate that opened the door for me to write about it,” she says, pointing to the sweet,swirly “Like Fire” and slower, more contemplative songs such as “Prism” and “Come Down” as having been born of this new headspace. Even small changes like listening to music instead of the news first thing in the morning “made me want to write and bring that pleasure to other people.”

An unexpected foray into the film world also helped set the table for ​Sugaregg​ when Bognanno was asked to write songs for the 2019 movie ​Her Smell​, starring Elisabeth Moss as the frontwoman of the fictional rock band Something She. “It got me motivated to play music again after the last album,” she says. “I loved reading the script and trying to think, what music would the character write? People asked if I’d play those songs with Bully but the whole point was for them to not be Bully songs. It was nice to get my head out of my own ass for a second and work on a project for someone else,” she says with a laugh.

A highly accomplished engineer who ran the boards herself on the first two Bully albums, Bognanno was ready to be free​ “from the weight of feeling like I had to prove to the world I was capable of engineering a record, and wanted to be content knowing for myself what I can do without needing the approval of others to validate that.”

So for ​SUGAREGG​, she ​yielded recording and mixing responsibilities to outside collaborators for the first time and trekked to the remote Pachyderm Studios in Cannon Falls, Minn., an unexpected return to her home state. Behind the console was John Congleton, a Grammy-winner who has worked with everyone from St. Vincent and Sleater-Kinney to The Waron Drugs and Modest Mouse. “Naturally, I still had reservations, but John was sensitive to where I was coming from,” Bognanno says. “He was very respectful that I’d never worked with a producer before.”

The studio’s rich history (classics such as Nirvana’s ​In Utero​, PJ Harvey’s ​Rid of Me​ and Superchunk’s ​Foolish​ were recorded there) and woodsy setting quickly put Bognanno’s mind at ease. Being able to bring her dog Mezzi along for the trip didn’t hurt either. “I had never tracked a record in the summer, so waking up and going outside with her before we started each day was a great way to refresh,” she says.

SUGAREGG​ features additional contributions from longtime touring drummer Wesley Mitchell and bassist Zach Dawes, renowned for his work on recent albums by Sharon Van Etten and Lana Del Rey. Dawes and Bognanno met at Pachyderm to work on parts just two days before tracking, “but it ended up being so much less stressful than I had expected and I loved it,” she says. “Zach wanted to be there to help and make my vision happen.”

With 14 songs on tape, Bognanno and friends left Pachyderm thinking ​SUGAREGG​ was done.But once back home in Nashville, she realized there was more to be written, and spent the next five months doing exactly that. Moving to Palace Studios in Toronto with Graham Walsh (Alvvays, METZ, !!!), Bognanno and Mitchell recorded “Where to Start” and “Let You,” which proved to be two of the new album’s key tracks.

Ultimately, ​SUGAREGG​ is a testament that profound change can yield profound results — in this case, the most expressive and powerful music of Bognanno’s career. “This is me longing to see the bigger picture, motivated and eager for contentment in the best way,” she says. “I hope the happy go lucky / fuck-it-all attitude shines through some of these songs because I really did feel like I was reentering a place I hadn’t been to in a while and was excited to be back there.”
Event by
Mohawk
Calendar