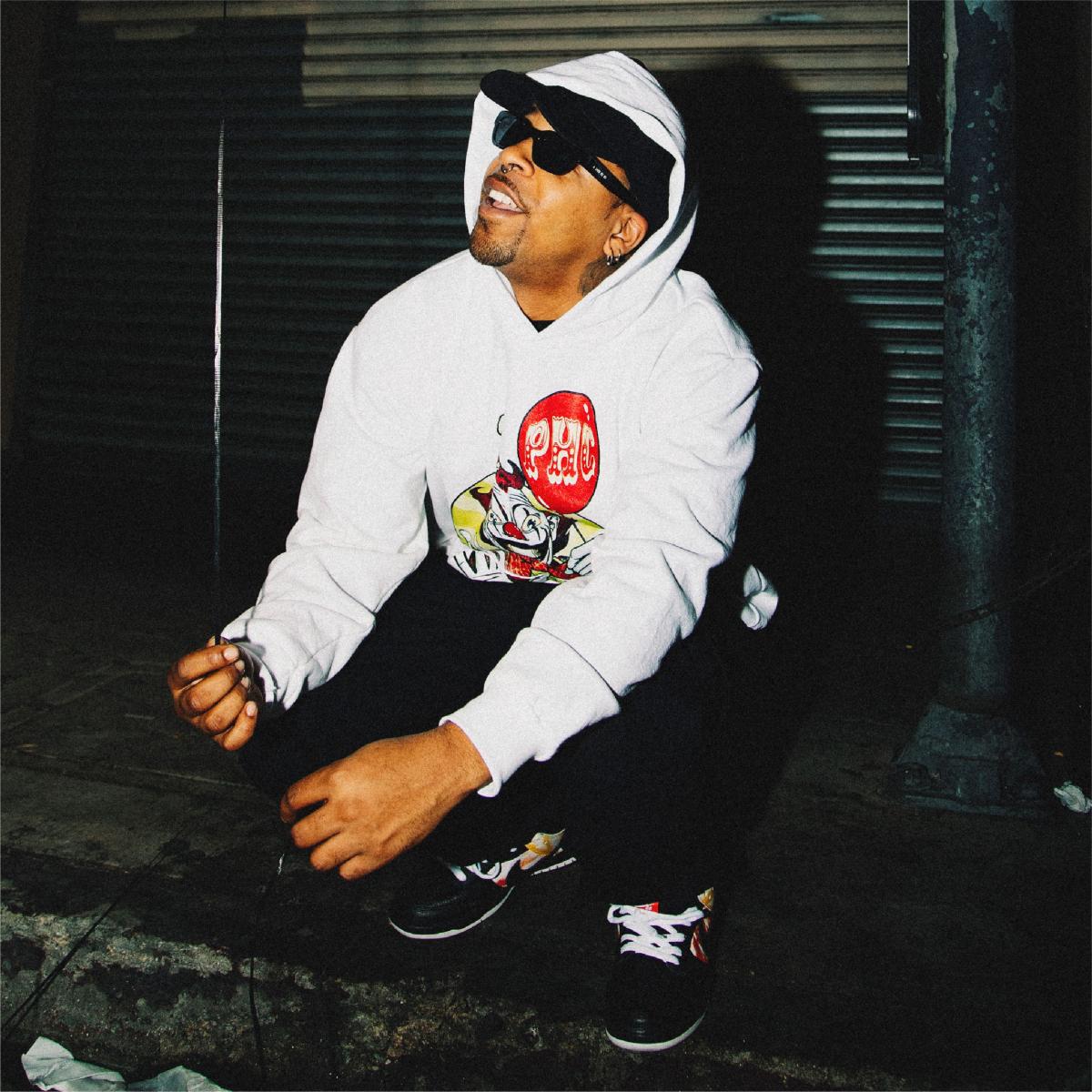 Azizi Gibson is a rapper with a melting pot of influences. He was born in Frankfurt, Germany because of dirty hospital conditions in Zaire, Africa, his family then relocated back to Africa. After a while he moved to Bangkok, then to Singapore, back to Bangkok again and finally finding a home in the States at the age of 11. Azizi now calls Los Angeles his home and he has become an integral part of the uprising L.A. hip-hop scene. In L.A. he hooked up with the Flying Lotus-helmed Brainfeeder label and released his debut mixtape, Ghost in the Shell in 2013. He released the Backward Books EP at the end of 2014. In 2015, he released his first LP PreHISTORIC Till Death, and dropped the Grim Meets Evil EP just a month later. His second LP A New Life was released on April 1st, 2016.