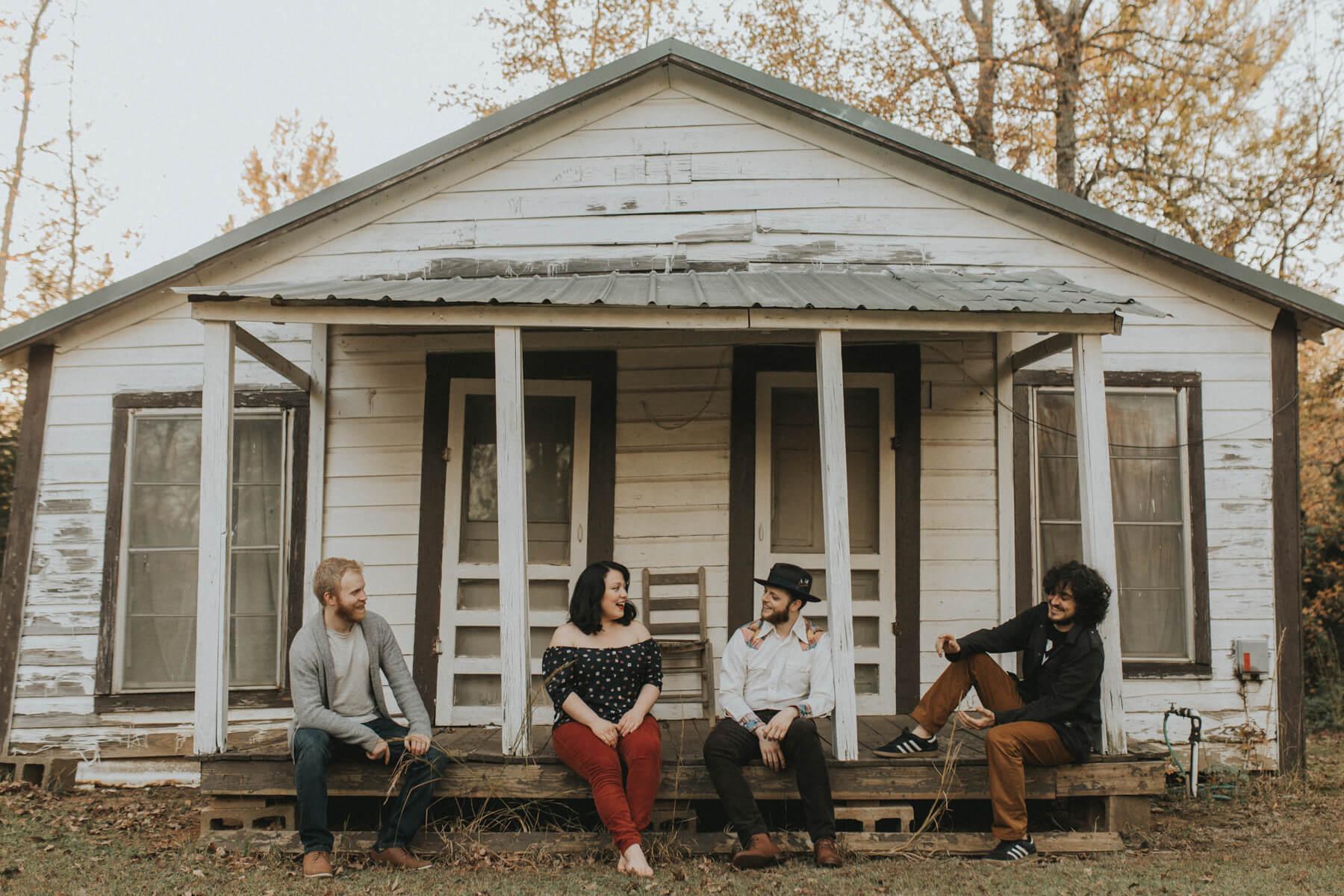 A Catholic school student from Anaheim, CA, Regina cut her musical teeth singing in choirs – not just in school, but at Carnegie Hall, in China, and at the Vatican and the Sistine Chapel. She grew up loving jazz, too – Ella Fitzgerald, Louis Armstrong – and later, Elton John and Billy Joel. ‍ A college trip to the National Choir Conference in Dallas led to opera studies at Southern Methodist University. Shy and studious, Regina husbanded a pen-and-paper creative style. ‍

Rags, by contrast, had developed a spontaneous and improvisational writing style rooted in his hardscrabble Paris, TX childhood. He remembers celebrating Christmas by candlelight one year because his mother had bought him presents instead of paying the electric bill. Years later, disillusioned after immersion in the fire-and-brimstone Pentecostal church, he moved to a friend's farm and discovered an outlet: writing songs. ‍

Rags developed his singing, songwriting, and on-stage experience with his first band, Straw Hat Society, active from 2013 to early 2018. They played constantly, and in 2017 the Dallas Observer Music Awards named them Best Folk Act in Dallas. ‍ He met Regina at an informal jam session at a friend's house. She'd brought her ukulele, and one song.

He'd just come from a Straw Hat Society gig and was surrounded by friends and fellow songwriters. ‍ Regina was struck by his voice – she'd never heard anything quite like it. For his part, Rags remembers, "I had been to that apartment several times and I never expected to walk in and see a woman that beautiful in it." ‍

As they got to know each other around Dallas's Deep Ellum music scene, a personal and musical connection grew. She went to his gigs; he visited her at school and sang to her during study breaks. They played their first gig together in 2017, when Rags invited her to perform a few songs with him at one of his solo gigs, and the booker told him not to come back without her.