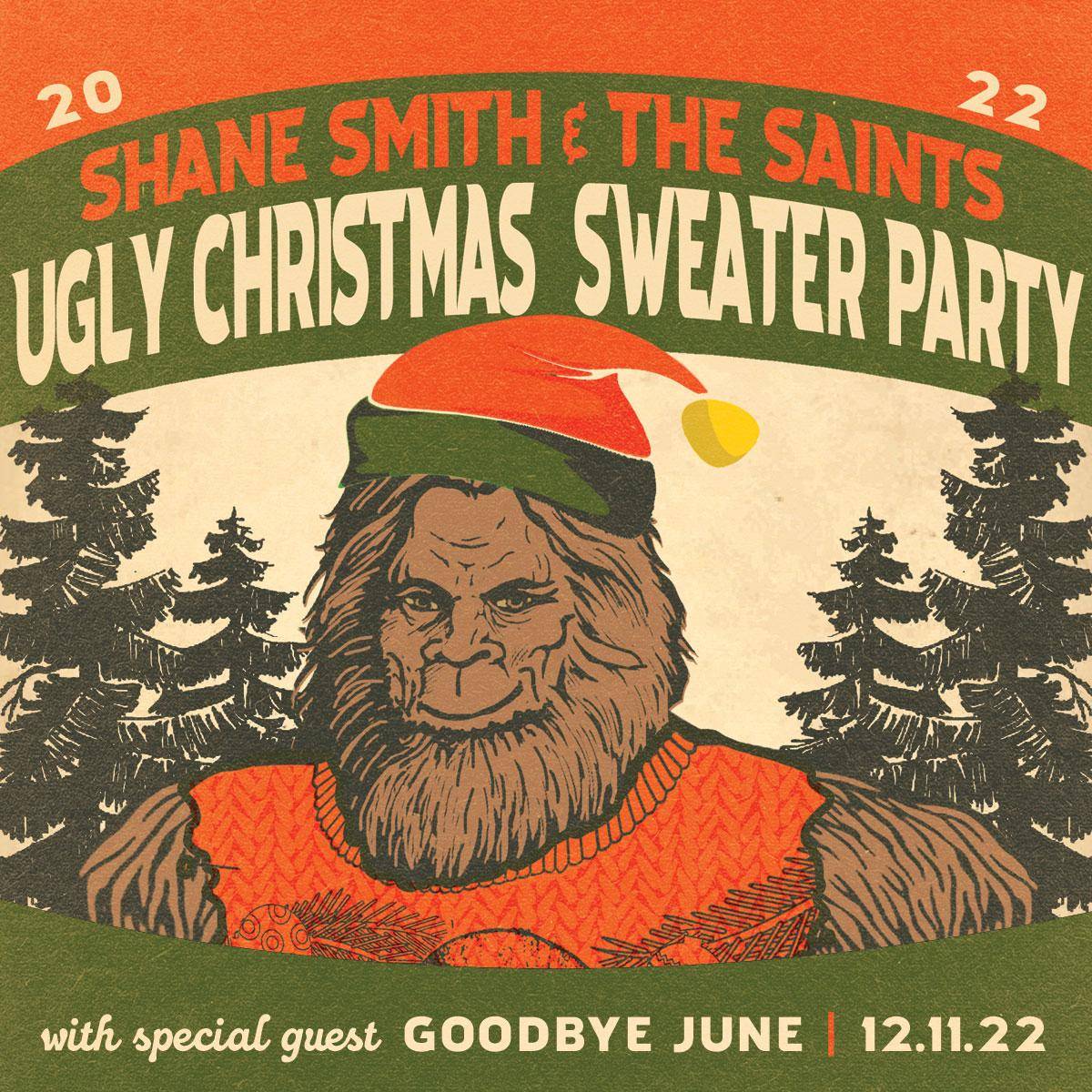 Please join us for an Ugly Christmas Sweater Party featuring Shane Smith & the Saints with support from Goodbye June! ﻿There will be an Ugly Sweater Christmas contest with prizes! More ﻿details to come! ﻿

VIP Guests - you will need to arrive by 3:50 pm in order to participate in the VIP Experience. If you arrive later than 3:50pm, please check in with the merch table as they may have your VIP merch available to pick up there.

TIPS for the show:
-- RAIN OR SHINE
-- TICKETING QUESTIONS? Contact Prekindle Online Ticketing at www.prekindle.com.
-- PARKING: There is limited parking at The Rustic.
-- RIDE SHARING is strongly suggested. Don't drink and drive