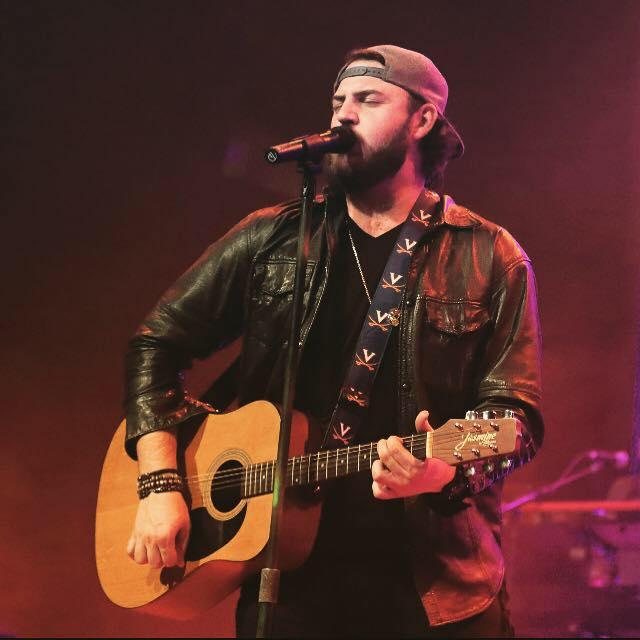 What a night of music and FUN at Southern Junction featuring CODY PURVIS!

Cody Purvis fondly remembers holding the vinyl 45rpm single of “The Wreck of the Southern Crescent” that his Dad recorded in a Nashville studio in 1979. He KNEW that one day, his name would be on that label and he’d be making records of his own.
“I don’t ever remember not wanting to play music and entertain people for a living—it was just a given. In fact, I can’t remember a time when I wasn’t working to grow myself as an artist” says Purvis.
Among his musical influences, Merle Haggard, Waylon Jennings, Conway Twitty, Dean Dillon, Toby Keith, (and pretty much anyone old-school and traditional), he idolized his father most. As a youngster, Cody slept on lounge couches and the occasional pool table while his Dad played music throughout the regional clubs around his hometown of North Garden, VA, a small suburb located 15 miles southwest of Charlottesville. His Mom, also a musician, had stepped away from her Reba tribute band to take care of the kids. Though they divorced when he was a toddler, music was Cody’s most-treasured inheritance, and he would pursue it vigorously.
By age 16, he had already become a force that was hard to ignore. Appropriately given the nickname “Big Country” by his friends, Cody confidently towered into his first professional gig at 6’ 6” with a behemoth and nimble baritone voice to match–one steeped in years of bar-room traditional country with an equal passion for the contemporary sounds of his own generation. Fans were drawn to his charismatic and kinetic performance and The Cody Purvis Bandquickly became a popular band in the region.
The following year, in 2010, Cody entered and won of the local Colgate Country Countdown(the longest-running and largest national talent search that gave many artists their first big break, including Chris Young, Miranda Lambert, Luke Bryan and more). Cody began splitting his time between school and gigs in Charlottesville and Music City, where he utilized this success to make inroads and build relationships. Soon thereafter, Cody would be named “Best Emerging Performer” in Charlottesvilleand perform at his first CMA Fest, appearing on multiple stages and at the invitation of Grammy award-winning recording artist Linda Davis. In 2012, during his senior year of high school, Cody passed up Prom and Homecoming to play gigs, and upon graduation, he moved to Nashville to pursue his dreams full-time.
Within the year, Cody Purvis released his self-titled, debut EP,which captured the attention of many within the industry. Grammy-nominated producer, Kent Wells(Dolly Parton, Keith Whitley, Kenny Rogers, Randy Travis, and more), asked Cody to perform at his annual fundraiser for the Dustin Wells Foundation, which was held at the Ryman Auditorium; he received his first standing ovation at the historic venue. He also inked a deal with Buddy Lee Attractions, one of Nashville’s premier booking agencies at the time, and began opening for artists like Darius Rucker, Josh Thompson, Trent Tomlinson, Steve Holy, Lee Greenwood, Colt Ford, Peter Frampton,and others.
Cody’s EP also found its way to, and caught the ear of, Erv Woolsey, respected and long-standing manager for George Strait.
“It was unreal, man!” grins Cody. “Erv tracked me down at Whiskey Jam. We talked for a bit, and then he connected me with a great man….the right man, to help me further my career .”
Woolsey put him in contact with Dove Award-winning songwriter, artist and producer, Jeff Silvey,best known for his work with Bill Gaitherand on the soundtrack for the movie “The Last Ride.”Silvey stated in a recent press article that Cody had “one of the best country voices that [he had] heard in a very long time” and that he was “extremely impressed with his Cody’s stage presence and ability to connect with audiences of all ages.”
Silvey agreed to produce Cody’s second EP, Southern Thang, which his fans happily funded through a Kickstarter campaign. The 2016 EP was another solid offering and prompted additional interest from Woolsey, who signed Cody to his firm’s roster.
In 2018, Cody showcased his dynamic live performance style as a cast member on USAnetwork’s “Real Country” at the invitation of country music legend, Travis Tritt, one of three celebrity judges that included Jake Owenand Shania Twain. Propelled by his rapidly-growing fan base, Cody released his current EP, Boots on the Ground, also produced by Silvey.
The lead single, “Drinkin’ Terms”has already collected over 7 million streamsand is currently going for addsat radio. It has been featured on Sirius/XM’s The Highwayand on Spotify’s Largest Country Editorial List, who also spotlighted Cody via their “Artist Discovery” in May. Concurrently, Cody’s follow-up single, “Whiskey,”is currently moving forward in the streaming world as a Spotify “Best Bet” on their “New Boots,” “Next from Nashville” and “Breakout Country” playlists.
Cody also recently signed with Nashville and Austin-based talent agency, Red 11 Musicfor booking representation.
“Watching Cody perform live, I immediately saw what his managers, Erv Woolsey and Allen Mitchell, had both have been raving about,” says Red 11 Music’s Jon Folk. “Cody is a ‘singer’s singer,’ and his live performances entice a crowd to feel as if they are on stage with him.”Fans will be able to join Cody on tour soon—details will follow as they are made available.
18 & up