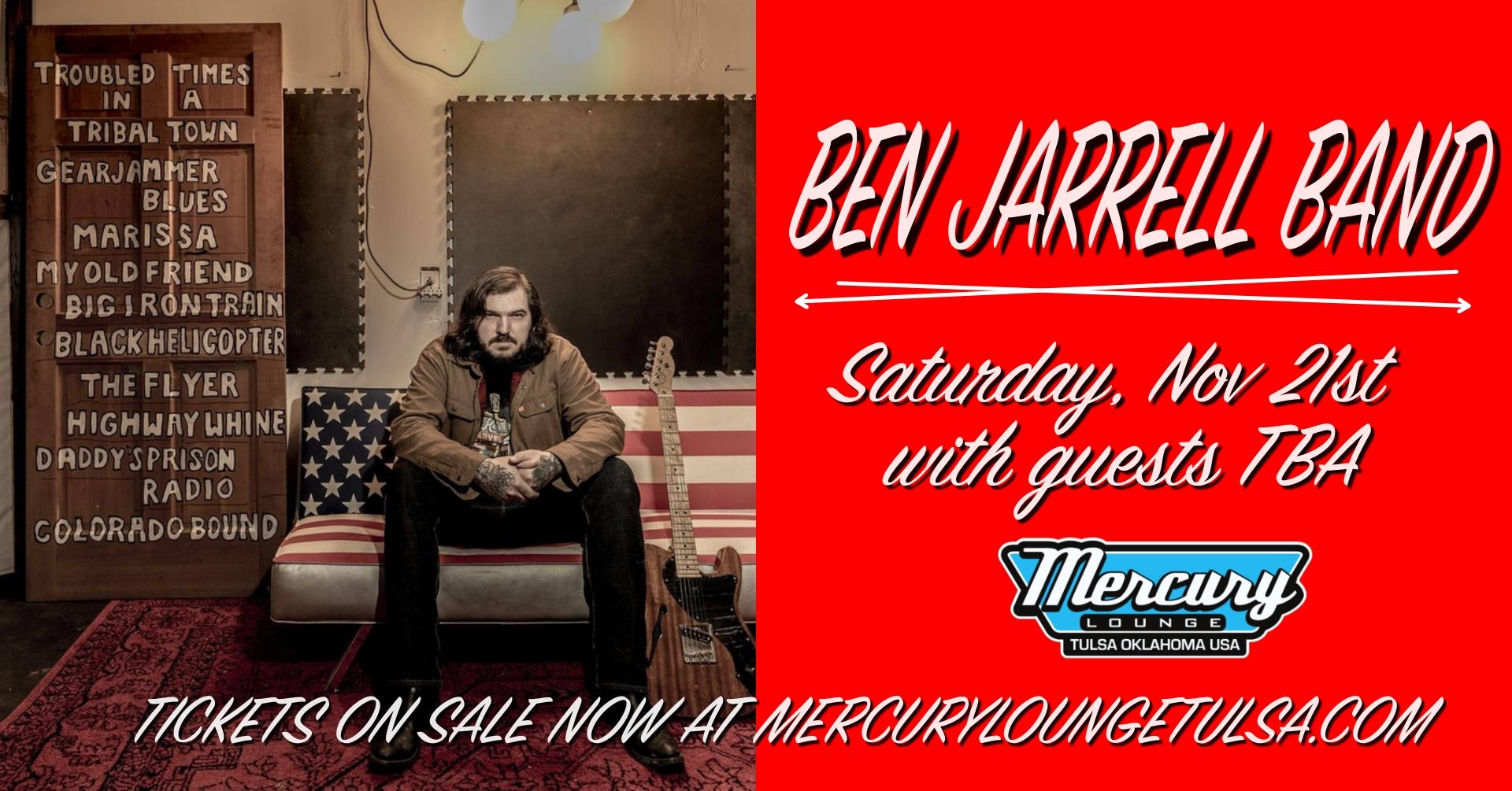 Hot damn son! Wondering where the hell all the hard charging, kick ass, phase guitar and pedal steel-filled good ol’ Outlaw country music has gone in 2019, and without skimping on the songwriting, thank you very much? Well it all seems to have been sucked up and put to good use by Alabama native Ben Jarrell who just unleashed his debut LP Troubled Times, and it’s one hell of a ride boys and girls. Either you’re paying attention to this thing and telling all your friends and co-workers about it, hitting up that second cousin of yours who can’t stop listening to that Kane Brown mess, or you’re failing as a country music fan.

Troubled Times is the kind of record you wish some of your favorite country artists would release, but never seem to get around to. Good thing that Ben Jarrell did, because it’s red meat for hungry ears. Alive, vibrant, full-bodied and energetic, while in other moments intimate and heartfelt, it’s the kind of debut that doesn’t just fulfill your country music needs in the present tense, it announces your next favorite artist.

After moving to Nashville and releasing a five-song acoustic EP in 2018, Ben Jarrell didn’t screw around with this one. Recorded at Southern Grounds Studios, he hit up well-respected father/son duo Mike and Steve Daly to play pedal steel and lead guitar respectively, bass player Kevin Black of Margo Price’s band (and formerly of Sturgill Simpson’s), drummer Taylor Powell from Nikki Lane’s band, and some great harmony singers. Unlike some of those east Nashville country hipster records that wind up with a filmy residue from antiquated recording techniques and putting style before substance, everything’s handled here with care here, even when it gets wild assed, which it does on a couple of occasions. Down to the Tim Burton-style creepy old town diorama Jarrell made for the cover, every detail of Troubled Times has effort and vision behind it. 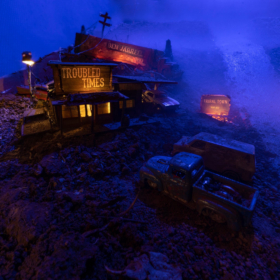 Though in moments the tempo and guitar tone may turn a little bit rock, this is a by God country record, starting off with the murder ballad title track, heading straight into a trucker song, and then into the tear jerking “Marissa,” where Jarrell really lets you know this won’t be just your average underground country Outlaw album. What separates Ben from a lot of the competition is his use of dynamics and composition in a song. The songs of Troubled Times go somewhere, both sonically and thematically. He knows how to build mood and energy, and allows his voice to hit its sweet spots. His Southern Alabama twang is present without feeling forced, and he knows how to use it. For being his first album, Ben Jarrell feels nice and seasoned, in a subgenre of country where it sometimes sounds like amateur hour.

Another song that really stands out is the humorous but true “Black Helicopters” about compound conspiracy theorist where Jerrell’s sound indicative of new school honky tonkers like Whitey Morgan and Dillon Carmichael really takes shape. The songwriting tour du force would probably have to be “Daddy’s Prison Radio,” which is a true story about Jarrell’s meth possessing father. The acoustic-only “My Old Friend” is quite impressive too, and tips you off that even though they don’t include the full band, the five songs of his acoustic EP are also worth checking out. Ben hired a band of badass musical mercenaries to make Troubled Times come to life, but he can still engage with just a stool, a stage, a mic, and an acoustic guitar.

If Ben Jarrell wants to take the next step, he’ll need to try and graduate from the acoustic rounds in Nashville and build himself a band. But in the meantime, Troubled Times make for some damn good listening, and lets the world know he’s got the goods to make a go at this country music thing, even more so than some of the road dogs out there on their third record.