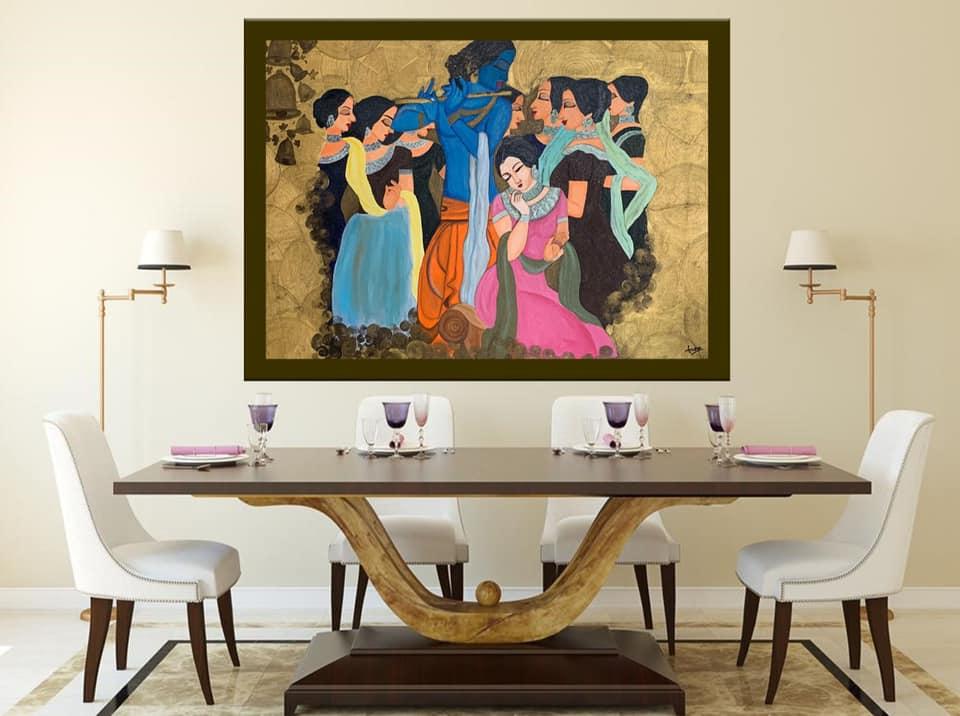 Anusree Venkatesh from Bangalore, India. Currently lives and works in Houston Texas. Her contemporary work renders blend of spirituality and mythological phantasmagorical tale which focusses on power of women and scientific advances of Celestial beings indicated in ancient Vedic literature. Her work ‘Seven Horses’ made by using fingers is her another unique style.

Her works contemplate and discuss power of women otherwise known as Shakti in mythological world. Women are magical creatures, tell her you can’t and she will portray a miracle. Hundreds of emotions, thousands of words inside her are depicted in ‘The first daughter’. In addition, this artwork displays five elements associated with the nature of women hidden in her soul.

Anusree pays utmost attention to minute details that sometimes are invisible to human eye. Diving into her masterpiece ‘Mars’ introduces her most fascinating skill of multiple tales within a story, which portrays her exemplary vision bringing awareness to humankind. In addition to that, this portrait visually represents a story revolving around martian era and life on mars. Moreover, this painting brings cognizance to mankind by depicting the transition of life on mars from green vegetation with natural habitat to an underground technological future living post extraterrestrial invasion.