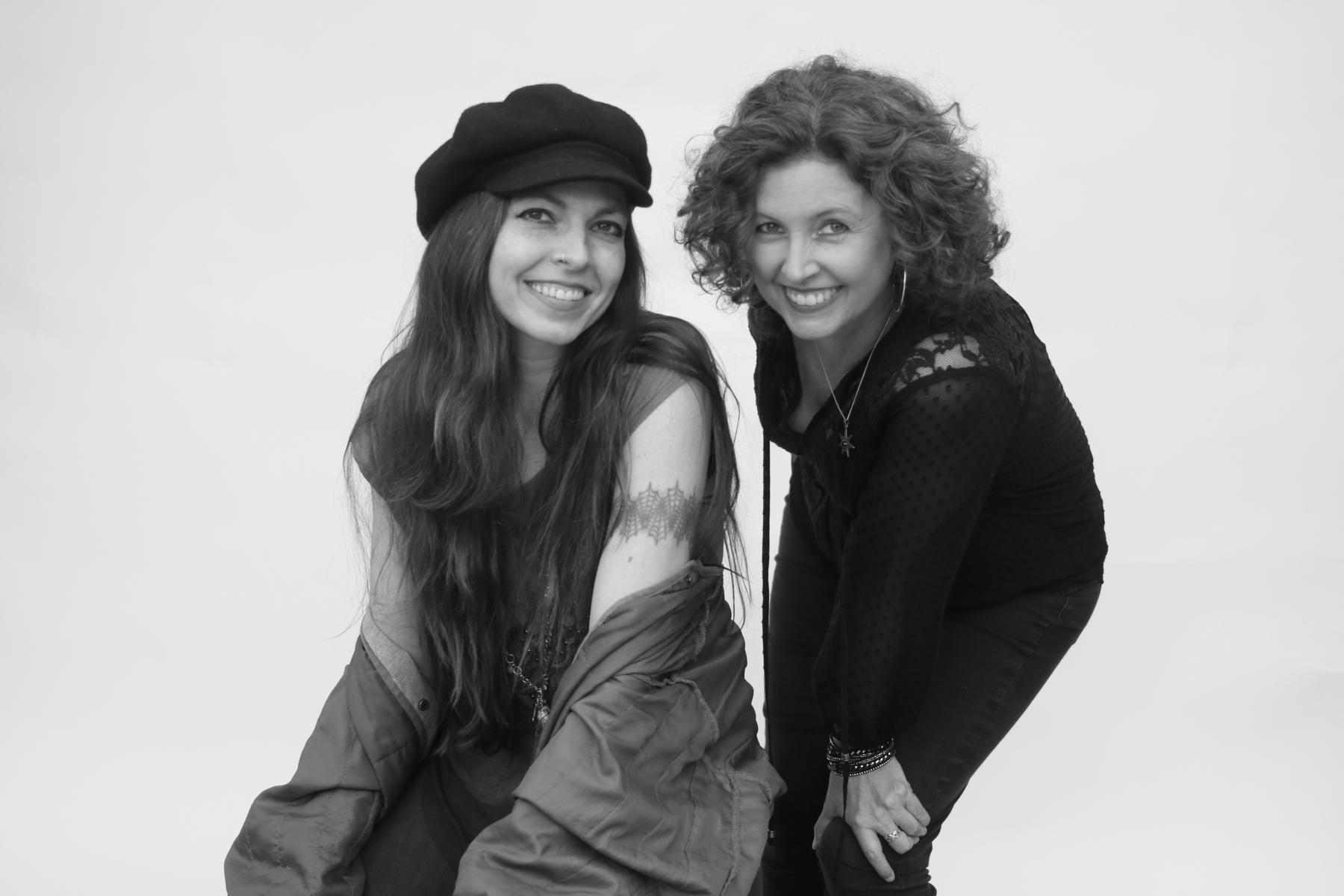 Three things about Folk Uke that you should know right off the bat:

1. They’re funny, but they’re not necessarily a comedy act. To wit: The Austin, Texas, duo has a tune called “Nobody Blues” that’s about finding a severed foot by the railroad tracks —but the sweetness in the harmonies of Cathy Guthrie and Amy Nelson somehow makes the lark resonate as a sentimental song.

2. They’re not ukulele virtuosos. While they were happy to sit for an interview with this publication, Guthrie noted, “I hope I don’t have to know anything about the ukulele.” Self-deprecation is one of Folk Uke’s strong suits, though Guthrie and Nelson are not above the occasional outlandish boast: When I assure them that they don’t have to be on the level of Jake Shimabukuro, Nelson deadpans, “Cathy’s better than him.”

3. Their dads are iconic American songwriters. This is not something they trumpet at their shows. Guthrie and Nelson draw the line at their family ties being touted as the main attraction, but that doesn’t mean they’re not happy to be the daughters of Willie Nelson and Arlo Guthrie, who have played on Folk Uke’s two albums.

“I don’t think either of us mind talking about our dads or anything like that,” Nelson says, “because they’re actually really cool.”

Plus, she adds, “I think we’ve influenced our dads’ music in a lot of ways.”

The two women last about a second before breaking up in laughter.

“You were totally straight-faced when you said it,” Guthrie commends.

Family, music, levity: So goes a conversation with Folk Uke over lunch at a Mexican restaurant in Austin. Nelson was born here, but she moved to San Diego with her mother Connie after she and Willie split during their daughter’s teen years.

Guthrie grew up on the East Coast, but attended college at San Diego State. The two met in the late ’90s when they worked together at Croce’s, a restaurant and bar run by Ingrid Croce, the wife of the late singer-songwriter Jim.

Nelson and Guthrie were hesitant to get to know each other initially, on account of their parents almost pushing them together. As Nelson puts it, “It’s like, ‘You’ve got to see this movie,’ and then you’re like, ‘Nah, I don’t even want to see this movie now.’”

Guthrie nods before adding, “But then we met and we were quickly good friends.”

The two bonded partly over a mutual performance anxiety that humor helped them overcome. Nelson had sung harmonies with her sister Paula and played briefly with Casey Kristofferson (daughter of Kris Kristofferson and Rita Coolidge); Guthrie had occasionally sung with her father and sisters. But stepping into the limelight was a different experience.

“One thing Cathy and I share is that we had pretty serious stage fright when we started,” Nelson says. “I think part of the reason we did it was because you’re supposed to conquer your fears, and not sit there and let them conquer you.”

The casual nature of the ukulele helped them get started. Nelson got into it first, and soon Guthrie wanted to learn.

When they started playing together, both women were on ukulele. Nelson eventually switched to guitar, which helped give the duo more low-end range. “I missed being able to go down and hear the bass string,” she says.

Guthrie preferred ukulele to guitar simply because “your fingers don’t hurt as much. And it’s less intimidating, just the size.”

“It’s easier to play while driving,” Nelson adds. “You don’t text and drive, but you can play ukulele and drive. There’s no law.”

Years ago, Guthrie and Nelson got involved in their respective family businesses behind the scenes—Cathy running Arlo’s Rising Son label, Amy as part of Willie’s road crew. That’s partly because they weren’t sure they were cut out for the musical paths some of their siblings pursued. Guthrie’s younger sister Sarah Lee is an accomplished singer-songwriter; Nelson’s half-brothers Lukas and Micah have been touring in Neil Young’s band.

“I think in our families, music can be an intimidating thing,” Guthrie says. “If people hear that you’re a musician, they expect you to actually be really good. But it’s OK to not be really good at ukulele. It takes the pressure off.”

In the early 2000s, the two friends started playing together for fun at parties, quickly gravitating to off-color humor. They started writing songs such as “Knock Me Up” and “Shit Makes the Flowers Grow,” both of which appear on their self-titled 2005 debut album.

Guthrie remembers playing those two songs at one of Folk Uke’s first gigs, a short set at the annual WoodyFest in Oklahoma that celebrates her iconic grandfather. They left the songs off the set list at first, figuring WoodyFest is a family event. But Arlo called them on it.

“He said, ‘You’re not going to play the good stuff?’” Guthrie recalls. “We were like, ‘Well, there’s kids.’ But he said, ‘You don’t play for your audience, you play for yourself.’”

They took his advice. “People were kind of snickering during ‘Shit,’ and a little bit in ‘Knock Me Up,’” Nelson remembers. “And then as soon as Cathy said ‘love injection,’ the silence was so loud—but there was something about that, where we realized, gosh . . . ”

“Remember the time that we offended them?” Guthrie chimes in.

There would be plenty more of those times, like an Easter show in Aspen, Colorado. “Just tell one Jesus joke on Easter and it’s over,” Nelson laments. No doubt—especially when the joke is, “If you have a resurrection that lasts for more than four hours, call your doctor.”

There would be no Folk Uke without the funny stuff, although Nelson and Guthrie are wise enough to realize they don’t have to be joking all the time. Some wistful songs are naturally suited to their harmonies, like Johnny Cash’s “I Still Miss Someone,” which they recorded for their first album.

They’re also glad to toss the occasional bone to fans of their famous families who inevitably show up at gigs. Frequently, Folk Uke will play “California Stars,” the Woody Guthrie lyrics set to music by Wilco and Billy Bragg. Over lunch, Nelson and Guthrie discuss the idea of working up Steve Goodman’s “City of New Orleans,” a song that Willie recorded for his 1984 album of the same name, and that Arlo had turned into a Top 40 hit in 1972.

Sometimes the cover song choices reveal clever traces back to Nelson and Guthrie’s comic predilections. The first track on their 2011 album Reincarnation is Harry Nilsson’s comic-book-like song “He Needs Me,” which Shelley Duvall as Olive Oyl sings in Robert Altman’s 1980 film Popeye, starring Robin Williams. And Folk Uke opened its first record with “Tonight You Belong to Me,” a 1920s tune that became forever associated with the ukulele when Steve Martin strummed one while singing it with Bernadette Peters in a scene from The Jerk.

Nelson and Guthrie express fondness for the standup heyday of Martin and Richard Pryor, the latter of whom they credit as an inspiration for their parental-advisory-burdened ditty “Motherfucker Got Fucked Up.” Says Nelson, “When we can remember, we dedicate it to him, because he’s kind of the one who coined ‘motherfucker,’ in a sense. He made the word what it is. He made it funny.”

“It’s very versatile,” Guthrie adds, noting that they’ve been spinning off of the M-word for the theme they’ve adopted on the album they’re currently recording, Starfucker.

“People have been trying to talk us out of Starfucker because we’d never be able to have it on any shelves on any stores ever,” Nelson explains, although Guthrie figures it’s probably not much of a loss: “I don’t think either of our CDs have been on any shelves at all.”

Nelson’s certain of one thing: “Walmart won’t have us.”

Folk Uke’s fashion line also probably won’t fly at the big box stores, given that their most-coveted T-shirt sports an image that has become the band’s unofficial logo: A unicorn vomiting a rainbow. It was inspired partly by Guthrie’s daughter Marjorie, who joined her a few years ago on a tour of Australia.

“She got sick, and I was like, ‘Oh my god, what do I do? I have a four-year-old sick, and we’re on tour and we have to be at the radio station,’” Guthrie remembers. “I was so worried, but she had the best attitude. She threw up, and then she was like, ‘Hey mom, I’ve never puked in Australia before!’”

It’s a Thursday night in early November at Strange Brew, Austin’s top venue for acoustic music, and Folk Uke is careening its way through a 90-minute show, a performance that’s a bit longer than usual for Nelson and Guthrie. Over the summer, they played a short set at Willie’s annual 4th of July Picnic in Austin, after a spring tour opening for the legendary punk and roots band X.

Behind the duo looms a lit-up sign that commands, “Silence.” Strange Brew is known for encouraging its crowds to respect the artists, yet Guthrie can’t help but wonder: “I think that’s for us.”

The hour and a half goes by quickly, thanks to Folk Uke’s balance of songs both silly and sincere, peppered liberally with the kind of banter that made them performers non grata at that Easter show in Aspen. “This is a really comfortable stool,” Nelson marvels early in the show. “There must be stool softener on these.” Pause. “Speaking of stool . . . ”—and that’s Guthrie’s cue to crank up the ukulele opening of “Shit Makes the Flowers Grow.”

The audience gets into the spirit, at one point trading bad jokes back-and-forth with the performers. Guthrie tells one about the circus fire: “It was in tents.” Someone asks what you would call a boat full of potatoes and penises. Nelson and Guthrie give up. “A dick tater ship,” he reveals.

That’s just how it goes at a Folk Uke show.

And then the ukulele, the guitar, and Nelson and Guthrie’s voices come together for three minutes of traditional folk-music bliss. “I’ll twine with my mingles and waving black hair/ With the roses so red and the lilies so fair,” they sing, and for a brief moment, the simple beauty of their music shines through on “Wildwood Flower.”At the end, Nelson and Guthrie are quick to credit the Carter Family—“in case you thought we wrote it.”

Better yet, buy their albums first and you may save yourself the trouble. And if you make it to a live Folk Uke show, do your best to enjoy it…and then give them two more chances.  They are hit and miss, but so are you most likely, and that is their charm. We live to inspire and we're tired of writing in third person. 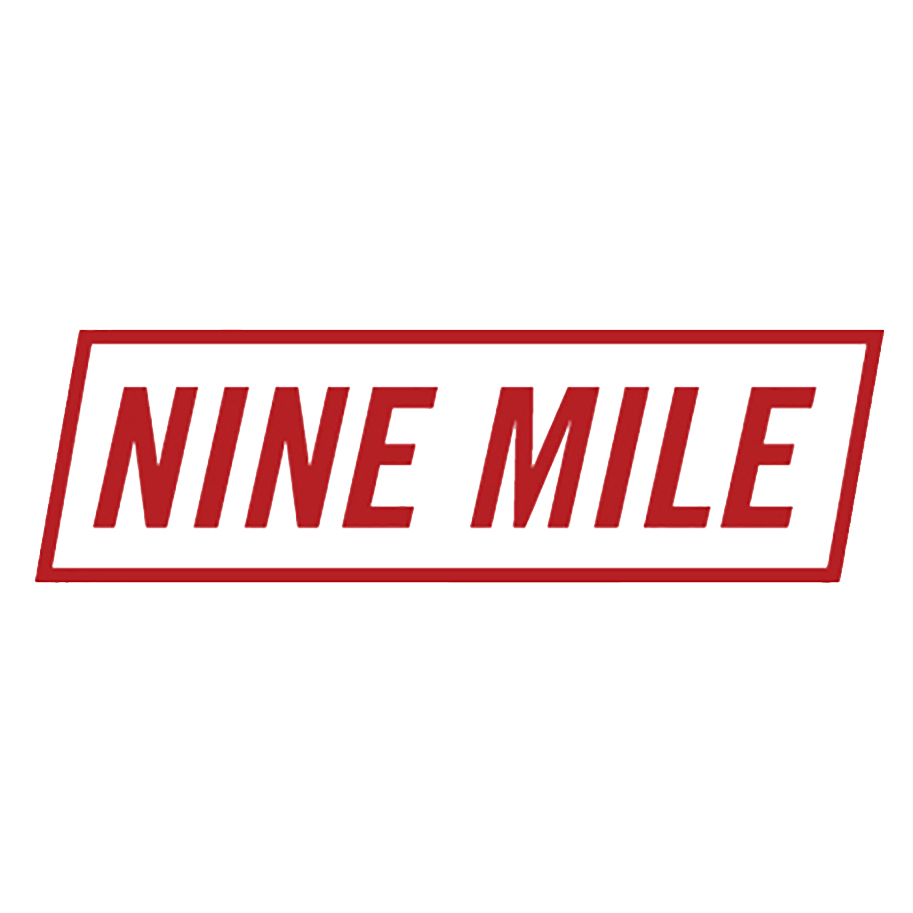