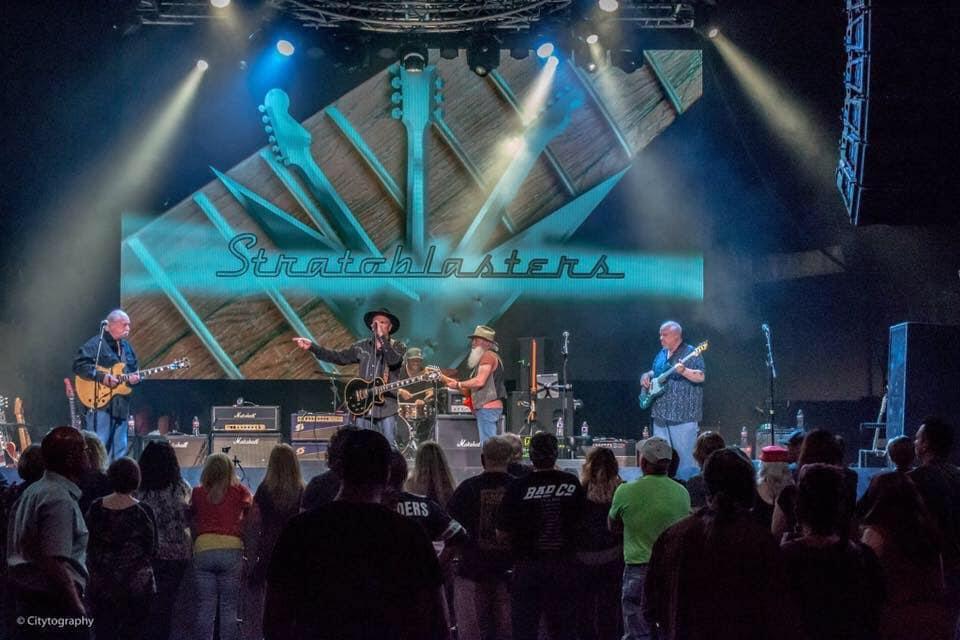 The guitar Jimmy Wallace brought to the photo shoot was a Stevens LJ. He said that he had waited 15 years, from the time that it was first ordered, for delivery. “In fairness to Stevens Guitars, part of that time was in the development and evolution of the LJ instrument, which was originally released through Fender,” he explained. Three years ago Wallace said that he turned down a “real” offer of $20,000 for that exact guitar. “It was certainly worth the wait.”

Oak Cliff was a great place for Jimmy Wallace and some promising neighborhood friends to grow up. They each had many of the same dreams and shared a gift for music. There were sock hops and bands playing all the time at churches and other, less reverent, places.

His first taste of success was on the high-school band compilation A New Hi, an album that enjoys collectible status these days because it also marks the first recording for Wallace and his friend and fellow Oak Cliff native Stevie Ray Vaughan. “I went to Carter, Stevie went to Kimball with Rocky Athas, Mike McCullough and Shawn Ferris’ brother Scott. We all used to play the sock hop at my church, Glen Oaks Methodist, on Friday nights.”

They, along with Sean Meador and Danny Sanchez, rehearsed in garages across the alley from each other, played a gig called called “Candies Flair” at the National Guard Armory, and at the Twilight Roller Rink and the Studio Club. There was a contest to be on a compilation album of Dallas High School rock bands. Vaughan and Mike McCullough were in the band picked from Kimball High. Blues guitarist, writer, and producer Floyd “Butch” Boner was in the band from South Oak Cliff High. Wallace’s band, The Mint, was the band chosen the represent Carter. The resulting album was called A New Hi. “It was the first time any of us had been recorded in a professional studio, much less released,” Wallace said.

“My son was on the Internet not too long ago and found all these European releases of garage band albums we were on – go figure.” The singer in Vaughan’s band was character actor Stephen Tobolowsky. “He was the insurance salesman in Groundhog Day and the computer Nerd in the Robert Redford movie, Sneakers. Just a fun note of trivia,” Wallace added.

After high school, Wallace and his band Lynx made quite a name for itself touring in the ’70s with some of the hottest acts of the day, such as Styx and Kansas. Even then Wallace had an understanding of the nature of the music business and presence of mind to look ahead and have something else going on with which he could earn an income if the day ever came that he wasn’t playing for a living. He and a friend partnered to buy a rehearsal space and rent out what he didn’t need to other artists, including a pre-Branch Davidian David Koresh.

While working for Arnold & Morgan, he was vexed by the lack of new models based on older styles of guitars. So he made a trip to the Gibson Guitar factory with a couple of his favorites in tow, a 1959 Les Paul and an ES-335. A Gibson designer used Wallace’s guitars as templates for a new model, and honored him with the Jimmy Wallace Les Paul, the Holy Grail for guitarists.

Wallace joined Bugs Henderson & the Stratoblasters in the ’80s. Along the way he has also performed with such legends as Todd Rundgren, Lynyrd Skynyrd, the Cars, Phil Keaggy, Stephen Stills, Johnny Winter, Willie Nelson, Albert King, Gregg Allman, James Burton, and many more.

After six years of playing in two bands he decided to part ways with Bugs and took the name Stratoblasters with him. “The Stratoblasters were originally Bugs Henderson & the Stratoblasters, with Bugs, Junior Clark, and myself. When I left the band Bugs gave me permission to keep using the name, and there we went,” Wallace explained.
Through the years the Stratoblasters have included singer John O’Daniel, bassists Bobby Chitwood, Randy Cates, James Anderson, and Mike Medina; and drummers Mike Arnold, Mike Gage and Mike Fialla. Guitarists have included Jerry Branch, Matt Tapp, Mike Clark, Joe Lee, and Wallace. The band has also showcased keyboardists such as Tommy Young, Shawn Ferris, and Johnny Marshall. Other subs have included Andy Timmons, Danny Sanchez, Chris Campbell, Rodney Johnson and Wilson Fisher.

Wallace, like Pollock, was also a friend of Charley Wirz and was an original participant in Wirz’s Greater Southwest Guitar Show.

In 2001, Wallace sold Studio Southwest, and now devotes his energies to the Dallas International Guitar Festival, Jimmy Wallace Guitars & Pickups and performs with gigs with The Stratoblasters and The J’s.

The Rosemont Kings were born from a single 1920'a Craftsman lined block of South Rosemont Avenue in the Oak Cliff neighborhood of Dallas, TX. The serendipitous meeting of the musically-blessed neighbors birthed a smooth, funky inspired sound by the legends of Soul and Classic Rock. The  grooves adn impeccable and catchy. The lyrics are earnest and socially aware. The players are undeniable talented and the voice of lead singer Kraig Loyd is heavenly. It all comes together into a sound that is familiar yet new, warm yet realistic about the weight of the world today. Playing a mix of originals and covers, this      7 piece ensemble brings an enegry that is guaranteed to move you in either heart, body or soul.

"We've got something, fellas" - it's a familiar refrain that Loyd has been echoing each and every time the kings play together. It's a fact the band has known from the monent Loyd first joined them in practice and improvised lyrics and melodies over the 6 or 7 instrumental jams that the neighbors had been casually working on. "It just seemed to gel beyond our wildest imagination," sayd bassist Robbie Good. One by one the peices fell into place as keyboardist and trumpeter Brad Taylor joined brought his Club Wood companion, Jacob Frie (also with Black Powder Vipers) into the mix on sax.

The Kings have played everywhere from private events, fundraisers and backyard shows to bars like The Free Man Cajun Cafe, Fred’s Texas Cafe and Deep Ellum Art Company as well as local landmarks like the Kessler Theater and the Dallas Zoo. Check out the Soundcloud links below to hear a selections of live recordings.